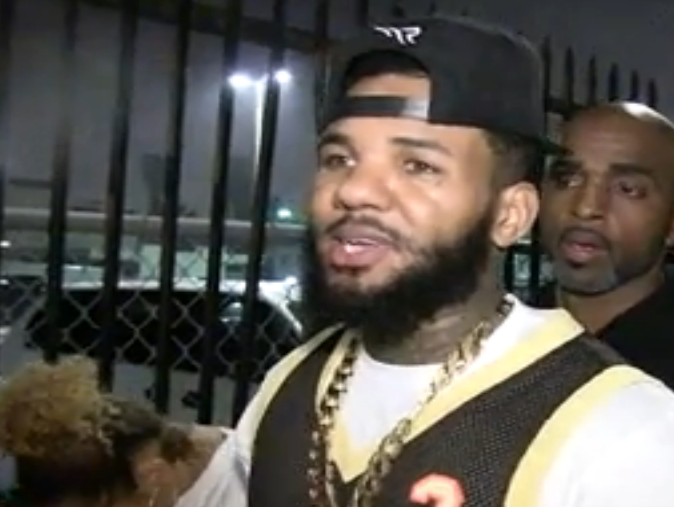 Los Angeles, CA – The Game and 50 Cent both attended a party at Playhouse in Los Angeles yesterday (March 19 ) without incident, according to TMZ.

The Game’s manager says that he made sure there would be no drama between the longtime rivals.

“As always I make things come together,” Wack 100 writes on an comment on a comment from lozcorpbws’ Instagram page today (March 20). “Fuck what the media talking about the animals in the jungle rule the jungle! I @50cent @wack100 2 bosses with a mutual understanding . Respect , through a handshake . I thank my big bro@therealdjkayslay for continuing to instill the knowledge of understanding in me..#bridgingthegap #Cali #Ny.”

Outside the venue, The Game said his plans were simple.

The Compton, California rapper also said he has no tension with 50 Cent.

The Game later showed his receipt from the evening.

“We come. We fuck shit up & we leave. #Slightwork #Playhouse,” The Game writes on Instagram today.

We come. We fuck shit up & we leave. #Slightwork #Playhouse