The Game Claims He Is "The Most Underrated Lyricist Ever" 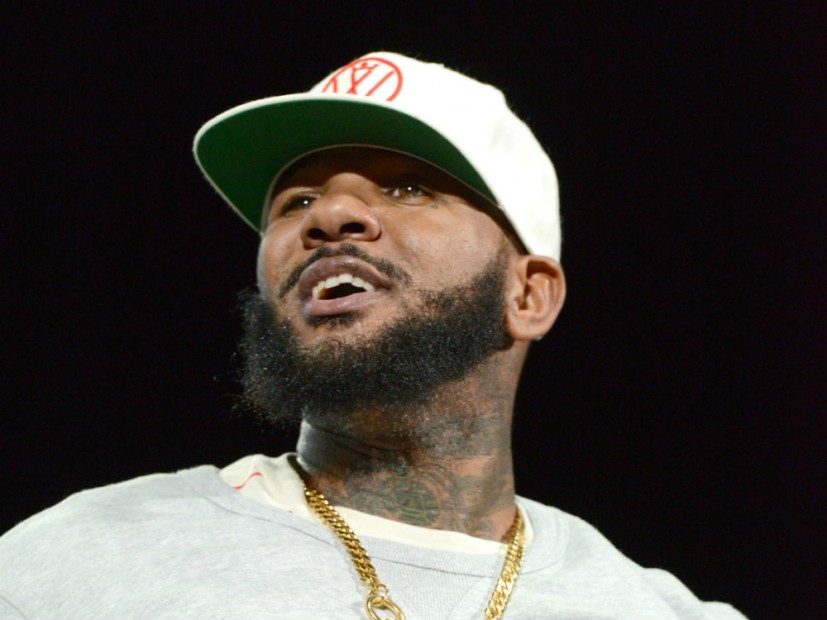 The Game took to Instagram today (March 18) to publish a post detailing his night that included his first shot of 50 Cent’s Effen Vodka, deciding between Rihanna and Beyonce, asking Jay Z for a feature and claiming Pharrell would agree with the Compton, California rapper’s claim that he is the “most underrated lyricist ever.”

The Game starts his post addressing 50 Cent, his longtime rival. The caption is for an image of the G-Unit rapper’s Power show side-by-side with Fox’s Empire.

“@50Cent now nigga, I been quiet for 10+ years… But I’m off this Effen tonite cause the club ran outta whatever the fuck else I was drinking so I said fuck it… Me n this nigga used to be tight as #Kehlani pussy [& no I haven’t f%?!€$ I’m just guessing it’s tight & she blocked me…Swerve) so gimme that Effen since I ran thru 40 bottles of #AppleCiroc in #LeJardin tonite…#iGotTheReceipt to prove it !!!!! & then as I start drinking the #EFFENVODKA I thought to myself… This bullshit is actually amazing….. As soon as I took my 1st shot I felt like everybody in the club had took the same 2 shots I did cause they were all staring at me, as if they needed me to give them some direction.. & what I do???”

The “100” rapper then contemplates the difference between Rihanna and Beyonce and says that he is a subscriber to TIDAL, which has exclusively released work for both of the singers.

“I put on that @BadGalRiRi ‘Work Work Work Work’ not because it’s better than Beyonce but actually because I can’t decide between @badgalriri & @beyonce when I’m drunk,” he says, “so maybe I should listen to both SINGLES on #Tidal when I’m sober so I can decide… Then I thought, I spend $27.99 on #Tidal a month… & I’m a RICH/cheap project nigga….”

He then asks Jay Z, owner of TIDAL, for some contributions to his future musical endeavors. The Game says he will probably never reach the same commercial success as his 2005 debut album, The Documentary, which sold 587,000 copies its first week, but still calls himself “the most underrated lyricist ever.”

“So all that being said… Hov, I need a feature…” he says. “Cause I’m well beyond the years of me dropping the DOPEST ALBUM OF 2005…. #TheDocumentary… Which was #CLASSIC wasn’t it???? I’m only asking HOV…. Well, @pharrell too because he’ll be honest in telling you I’m the most underrated lyricist EVER ! Basically…. I’m that nigga 11 years, 29 million albums sold & 4 kids later & im still #SOLO & rich beyond my #HomeDepot expectations when I was a bag boy… & on that note… #Hoodnight #NoTypo – THE GAME [SIDEBAR: 2nite I beat @iam_objxiii in a dance battle & I thank @ChrisBrownOfficial for getting me prepared to serve my guy] I thank @ChampagnePapi for the #LOUISXIII he sent down the street to me… Check it, #TheDontWantYouToSpeakYoMind #MAJOR (key emoji) @DJKhaled @DreDay3000 voice!!!”

“Mood…. As FUCK,” she writes for the caption of a picture of Rihanna crossing her arms looking annoyed. The since-deleted post from the 20-year-old was captured by TheShadeRoom. “#YourLackofRespectForWomenIsShowing #NeverMetMeBefore #DontEverExpectTo #BarelyOldEnoughToBabySitYoKids”