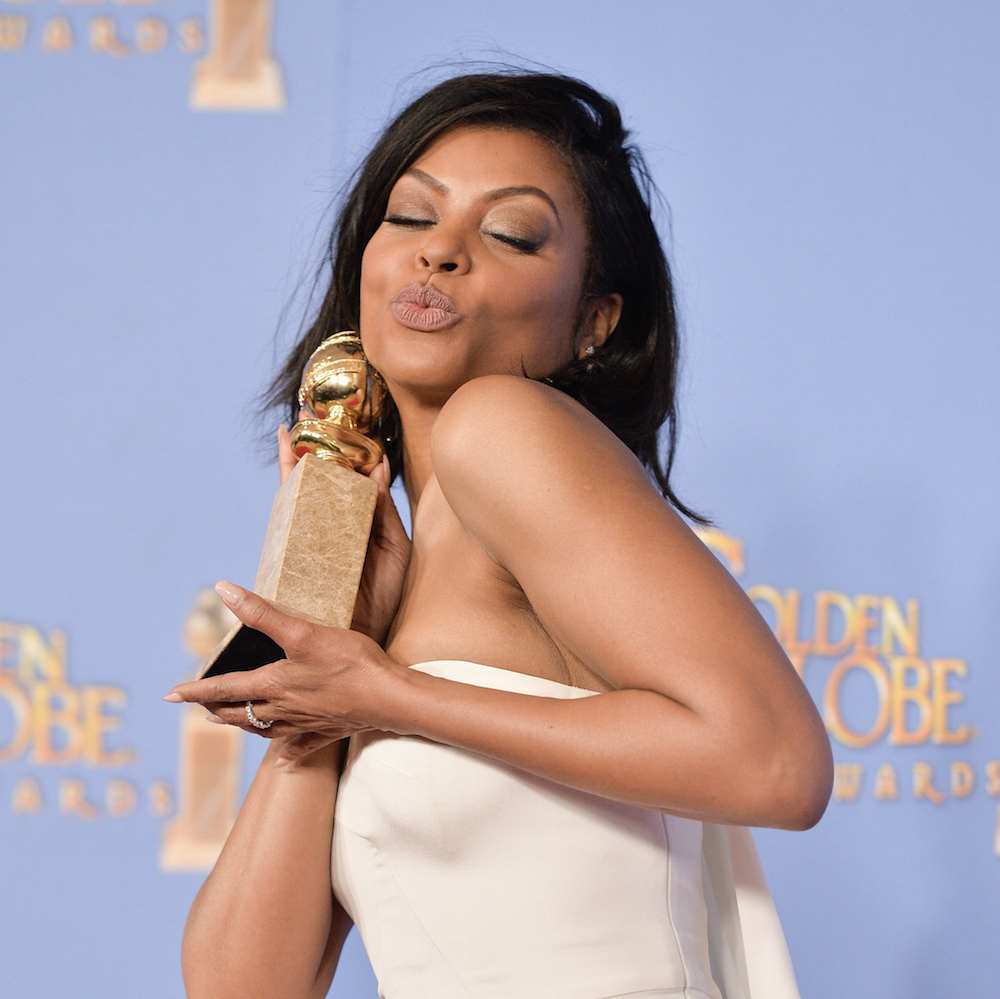 Taraji P. Henson won Best Actress in a TV Drama at the 2016 Golden Globe Awards yesterday (January 10) for her role as Cookie Lyon on the Fox series Empire, according to NBC.

Henson handed out chocolate chip cookies on her way to the stage to accept the award.

Sylvester Stallone won Best Supporting Actor in a Motion Picture for his role as Rocky in Creed.

Wiz Khalifa was nominated for Best Original Song with “See You Again” from Furious 7, but lost to “Writing’s On The Wall” performed by Sam Smith for Spectre.

To read the entire list of winners, visit NBC.