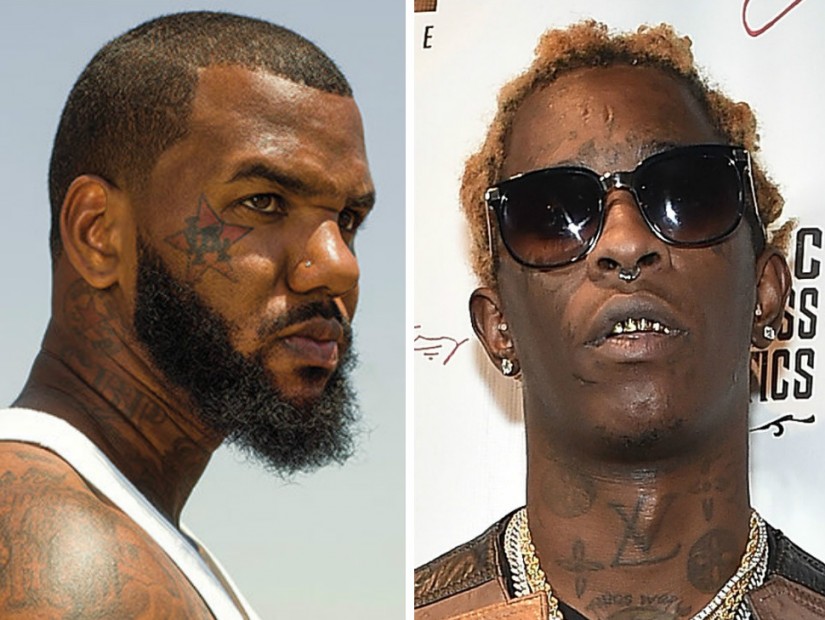 Young Thug reposted a picture of The Game‘s daughter on Instagram after the Compton, California rapper shared photos of himself getting ice cream with her yesterday (February 22).

“Such a cutie, her (eye emoji)…” Thugger writes, according to Baller Alert. “Wish she was my kid!!”

The post was deleted, and The Game commented on a picture of Young Thug’s daughter asking him why he took down the post.

“Aye, you ain’t have to delete the post thug…” The Game writes. “I appreciate you for the compliment on @LittleMissCaliDream… In fact, your daughter cute too bruh (thinking emoji, surprised emoji, sick emoji) Sincerely, The Game”

LittleMissCaliDream is the username for The Game’s daughter, Cali.

Young Thug and The Game have gone back-and-forth over what The Game says is the Atlanta rapper’s disrespect for Lil Wayne. The latest installment of the beef was last week when The Game threatened to “beat the Victoria secret” out of the Slime Season rapper.

View Baller Alert’s capture of Young Thug and The Game’s Instagram posts over The Game’s daughter below: