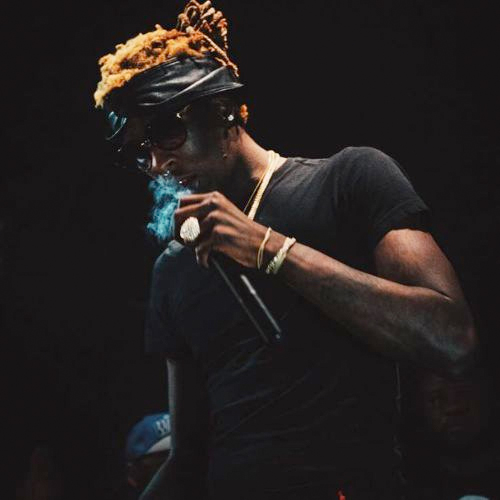 Young Thug's Response To The Game & Charlamagne Tha God: "You Guys Not About That Action"

Young Thug has apparently responded to The Game and Charlamagne Tha God clowning him on The Breakfast Club Wednesday (September 23), which resulted in a social media battle.

The beef between the two rappers had initially died down until Young Thug saw the interview to which The Game addressed their past quarrel.

“I went to Atlanta right after it started,” The Game says during his The Breakfast Club interview, “And, you know, it got real.”

When The Breakfast Club crew asked the “El Chapo” rapper what started the beef, The Game confirms it was over Young Thug’s dispute with Lil Wayne.

“I don’t like nobody going at Wayne, that’s my homie,” the Compton, California rapper says.

Charlamagne then asks The Game if he was frustrated with young rappers who will “talk crazy to you with a dress on.”

Young Thug has since responded to Charlamagne and The Game’s interview while promoting his upcoming video “Power” off Slime Season.

“See, I was minding my business trying to promote my little video that I got about to come out,” Young Thugger says. “About to work the song, ‘Power.’ And I go on The Breakfast Club, being nosy, and I see this pussy ass nigga Game capping to pussy ass nigga Charlamagne like you want to smoke. You guys not about that action. I’m uploading a video. Fuck you pussy boy.”

The video Thugger uploaded was a video of The Game apologizing to the Barter 6 rapper on FaceTime, presumably in May when their beef quickly came to end.

The back and forth between Young Thug and The Game on Instagram are as follows:

Blood Moon got all the Bloods going Brazy.