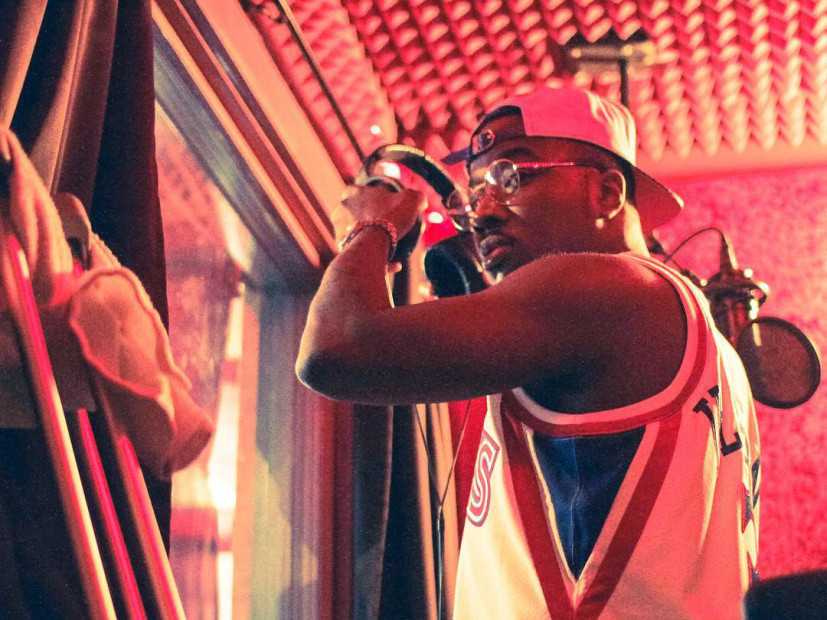 Troy Ave follows-up his Free Troy Ave mixtape with his Roland Collins album, titled after his given name.

The BSB rapper says he wrote the 10-track LP while sitting in jail on an attempted murder charge after a concert shooting at New York’s Irving Plaza. Ave was injured in the violence with two other people and his bodyguard was killed.

Ave is out on $500,000 bond and is suing Irving Plaza for allowing a gun into the venue. Surveillance footage showed him wielding a gun outside a VIP area during a concert shooting in May. His legal team says its client is innocent and that the video does not show the entire story.

(This article was first published August 8, 2016 and is as follows.)

Troy Ave keeps hustlin’ and besides seeking money from a lawsuit against Irving Plaza and Live Nation that he announced today, he is hoping to get some love from his fans with an album that he announced today called Roland Collins. In an Instagram post, Ave says the project, which is titled after his birth name, is dropping Friday (August 12).

He released the Free Troy Ave mixtape from jail where he pled his case for innocence in the concert shooting at Irving Plaza and expressed his sadness at losing his friend in the violence.

The news of a new album comes as the BSB rapper is a free man. He posted $500,000 bond in July after being arrested in the hospital for attempted murder. In the shooting, three people, including Ave, were injured and his bodyguard was killed. Surveillance footage showed the rapper wielding a gun outside a VIP green room. His legal team is saying that the video only shows part of the story and that Ave did not fire the deadly shot.

View the announcement for Troy Ave’s Roland Collins video below: