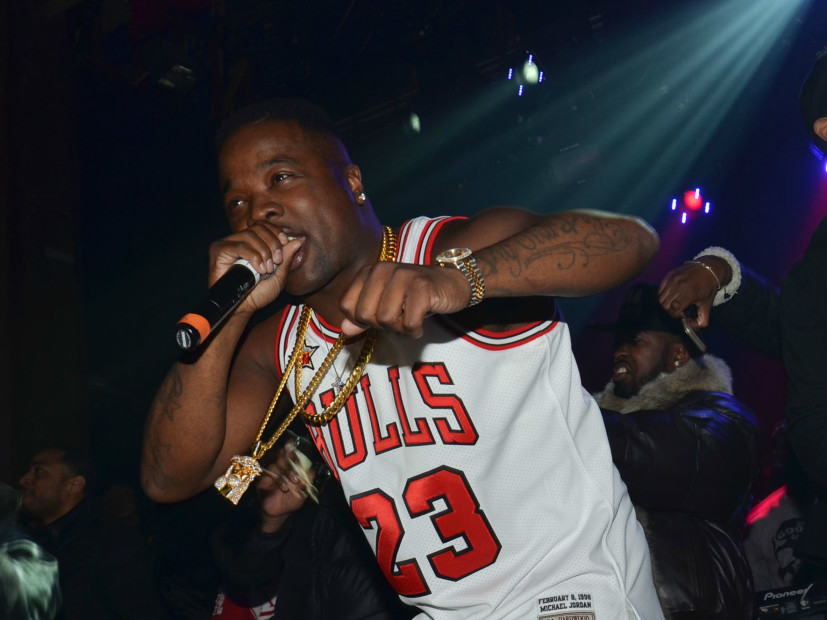 New York City, NY – Troy Ave was released from jail on a $500,000 bond earlier today (July 11), according to reports by the New York Daily News. It’s reported that the money came from his mother’s Brooklyn home.

The rapper was arrested after a shooting transpired at T.I.’s show in New York City in late May. Ronald “Banga” McPhatter, a friend of Troy Ave’s, was killed during the incident, while three other individuals, one being Troy Ave, were injured and subsequently hospitalized. Ave has denied any involvement in the fatal shooting.

Ave’s release comes just over six weeks after he was initially arrested on attempted murder charges, which came about after surveillance footage appeared to show him firing a gun near a VIP area at the venue (Irving Plaza, New York City).

As part of his bail conditions, Troy Ave is required to wear an ankle bracelet and is not allowed to leave the city. In addition, Ave must stay away from all concert halls, bars, arenas and other performance venues.

Ave’s attorney, John Stella, says that the stipulations set will result in the rapper missing out on a number of concerts he was contracted to perform.

Assistant District Attorney Joshua Steinglass made it clear that Ave is not off the hook yet.

“What is clear is that the investigation from the outset has been hampered by the defendant who not only fired and removed the weapon from the crime scene, he refused to help in any way [to identify] who killed McPhatter,” Steinglass said.

Ave is also banned from visiting his two young children in New Jersey, his lawyer said.