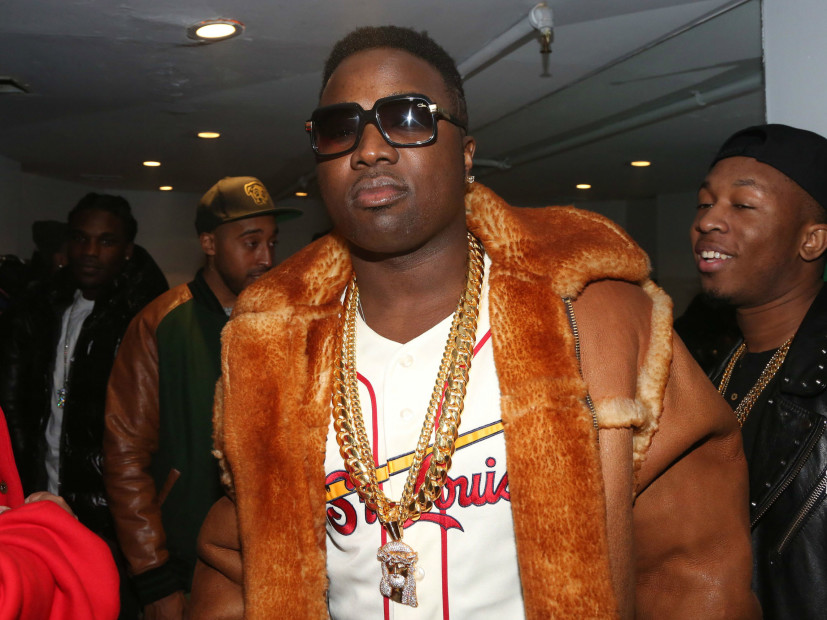 New York, NY – Troy Ave is taking concert venue Irving Plaza and promoter Live Nation to court in the wake of a shooting at the venue that killed his bodyguard and left him with a gunshot wound to his leg in May, reports the New York Daily News.

The rapper, born Roland Collins, is blaming Irving Plaza for letting a gun into the venue, allowing the violence that occurred during the show where T.I. was advertised as the headlining act. Shots rang out during Maino’s set and three people were injured and Troy Ave’s bodyguard, Ronald “Banga” McPhatter, was killed.

“[Troy Ave] is the victim here. He did not bring a gun into this place. And we are seeking redress for the negligence,” Ave’s lawyer Scott Leemon told the publication.

Troy Ave and his lawyers held a press conference outside the Manhattan venue to formally announce the lawsuit today (August 8). They provided no additional pieces to the narrative of what happened on May 25, but maintained that Ave did not bring the gun into the concert hall that night. They are seeking an unspecified amount for damages and legal fees.

Surveillance video showed Ave storming out of a green room area wielding and firing a gun. A gun found inside of the van that took the BSB rapper to the hospital reportedly matched ballistics tests to the weapon that killed Banga. Ave was arrested in the hospital on an attempted murder charge and is out on $500,000 bail. He was indicted in June on five charges, attempted second-degree murder and four counts of criminal possession of a weapon.