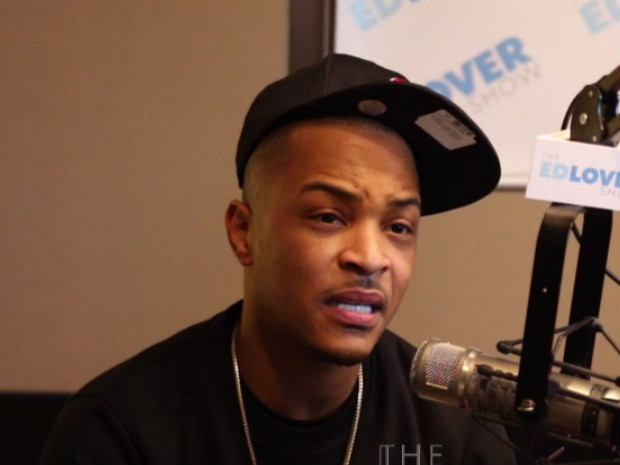 T.I. announced he is the newest shareholder in Jay Z’s streaming service TIDAL in February. He left Columbia Records, who put out his 2014 Paperwork album and joined Hov’s Roc Nation for distribution. The rapper who returned to the name TIP, spoke with The Ed Lover Show and explains his new partnership.

“Basically the same situation that I had with Columbia,” he says, “it’s just being facilitated by Roc Nation now. The same, actually a better percentage structure.”

Under the deal, T.I. is preparing the release of his next LP, The Dime Trap. It will be his tenth studio album and the Atlanta rapper has said that he is returning to his vintage trap sound after playing with pop hits such as “Whatever You Like” and being featured on Robin Thicke’s “Blurred Lines.” He explains what the rollout process will be like with his hand in TIDAL.

“There will be some exclusive components, but just because all of my, this is an album that’s dedicated to my core fans,” he says. “The people who went out there the first week Trap Muzik came out, so I’m basically dedicating this album to them and making the music that I know they want to hear me make. So I know those people all of them can’t necessarily afford TIDAL. So we will have some exclusive content and exclusive components. I don’t know if the entire album will be exclusive.”

TIDAL, which costs $9.99 per month for a premium subscription and $19.99 per month for a lossless, high fidelity option, has exclusive streaming rights for Beyonce’s LEMONADE. Jay Z has removed his Blueprint albums from all rival streaming services. Rihanna’s ANTI and Kanye West’s The Life of Pablo were all TIDAL exclusives for a period of time before becoming available on other streaming platforms.

Elsewhere in the interview, T.I. analyzes the state of trap music since his rise in the 2000s. He is questioned if the authenticity of the music matters.

“In order for a genre to evolve and sustain a significant level of success over time, it has to commercialize itself,” he says. “It has to expand to the point of familiarity to all walks of life. If it just stay where it was when the term was created at the moment of conception, then it would have fizzled by now. That’s our way of knowing that it means so much to so many people. I try not to get lost in the details of it all because that could take your mind off of the value that you’ve created.”

Watch the interview of T.I. explaining the possibility of The Dime Trap being a TIDAL exclusive below: