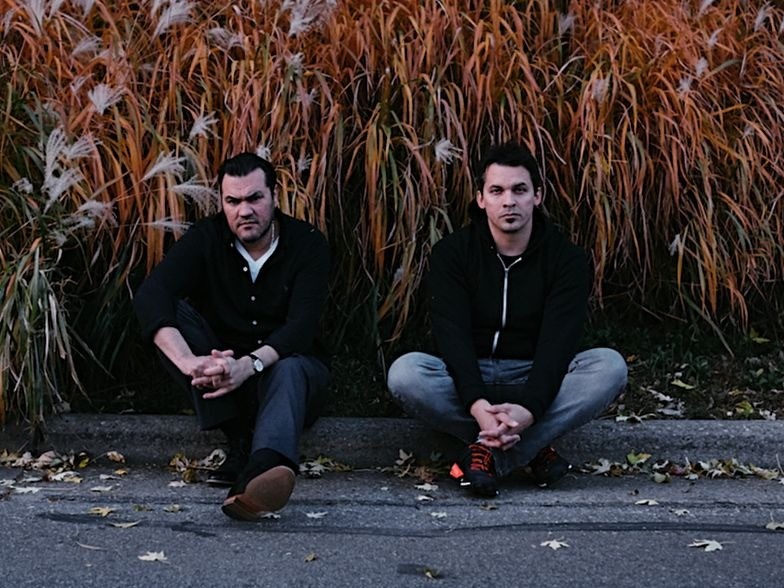 Slug On Being "Medium Famous," Mortality & Why He Says "Fuck Kanye West"

Sean “Slug” Daley — one half of the Minneapolis duo Atmosphere — just got home from the gym and admits he’s dying for a shower. At this stage in his life, health has become a major motivating factor in everything he does.

As the 46-year-old prepares for yet another tour in support of Atmosphere’s new album, Mi Vida Local, the Rhymesayers Entertainment co-founder addresses a myriad of topics, including his own mortality.

“But like I say, I’m more worried about sickness, health issues, fucking lower back pain, bad knees and hip replacements — shit like that. That’s what I mean by health. I want to take care of my body as best as I can without having to give up donuts so that I don’t have to fucking pay somebody to put my socks on for me.”

Slug has been going full steam ahead for over 20 years — which is no easy feat. Now a married father, his life on the road looks different these days. There’s no wild after parties, copious amounts of drinking or any other debauchery (for the most part). In fact, he refers to it as a “much needed break.”

“Too many fucking kids, man,” he says with a laughs. “I gotta get the fuck outta here. [When on the road] I don’t party. I play my show, get on the bus, read or watch a movie and go the fuck to sleep, and I sleep for nine hours. Then, I get up at like 11 a.m. the next day without an alarm clock or a kid that has to go to school or some shit like that. I eat breakfast. It’s way healthier on the road.”

When asked if touring resembles the recently released “Virgo” video, which finds Slug rolling solo on a train and sitting with his thoughts, he confirms that’s a hard no.

“It’s nothing like the ‘Virgo’ video,” he says. “I’ve never lived a life that is being shown on the ‘Virgo’ video. I don’t think I would want to. That shit looks lonely. Peaceful is great for people who don’t have fucking monsters fighting in their heads. Loneliness is not good for a person like me.”

? = @goldwatch before we consider dropping a new video, I just wanna make sure you saw the last one we dropped. VIRGO directed by @goldwatch I don’t have a way to link it, but you could easily search VIRGO + ATMOSPHERE + VIDEO and make fun of my facial hair!!!

Slug consistently uses his art to expel those demons. But after 1997’s Overcast!, he stopped trying so hard to “be a rapper.” Consequently, his content has become increasingly more self-aware and, frankly, less about fluffing the ego. In fact, 2016’s Fishing Blues saw the invention of a whole new genre of Hip Hop he coined “Dad Rap,” which found him rhyming about, you know, grown-up stuff.

He’s at a point in his career where he’s comfortable with his self-described “medium level” of fame and has learned to take the good with bad.

“But then obviously, like every other artist, there’s all the drawbacks, all the cons of fame — lack of privacy, fucking having to look over your shoulder — and all of that’s garbage to me. The only thing that I like about fame is the fact that it allows you a vehicle, or it gives you a platform, to talk about the shit you got on your mind. To be fair, that’s only if you got some shit on your mind too. Plenty of these people that are famous — their minds are fucking full of toothpaste.”

Without being prompted, Slug brings up Kanye West. Over the past couple of weeks, ‘Ye has been rocking the boat with his continued support of Donald Trump, poorly delivered comments about abolishing the 13th amendment and a pro-Trump rant following his recent appearance on Saturday Night Live where he performed dressed as a giant Perrier bottle. Slug has clearly been paying attention.

“You gotta also be careful who you listen to,” he says. “There’s a line I say that goes, ‘The stars in the sky don’t sponsor my house, so I pay no mind to what comes out of their mouths.’ So, it’s basically like, you know, fuck Kanye West. Who the fuck gives a fuck what you got to say?

“Fuck these people who use their platforms just to stoke their fires. That’s not how you’re suppose to use it [fame]. If I really felt or believed that Kanye is saying the shit he’s saying because he believes it — not because he’s got a project coming out in November — then I would at least put myself in the position where I could say, ‘I disagree with you.'”

Kanye being Kanye, Slug doesn’t even seen the point in arguing with somebody so obviously enamored with his own ideas of grandeur.

“We are two people that disagree, even though he don’t know me,” he says. “He wouldn’t acknowledge me if I disagreed with him. But at least you’re giving me the opportunity to disagree with your beliefs. But I can’t even believe that you really believe this shit. I think you’re just doing it for attention. And I’m not just saying this to throw him under the bus. This applies to fucking everybody.”

Slug is someone who chooses his words a bit more carefully.

While Slug is grateful for the platform he’s been given — and it’s undoubtedly a substantial one — he’s glad he can still go to the grocery store and not be mobbed by people.

“I’m not big on a lot of the shit that comes with it, but I do appreciate how I am given a little bit more of an ear,” he says. “I’m not even that famous. Like I’m fucking medium famous. I’m not large, I’m not extra large, I’m not double XL. I’m medium and even at a medium level of fame, I’ve learned how to navigate the shit in a way that I can still take the advantages, apply them and try to avoid the disadvantages of it.”

He sympathizes with mega-stars like Eminem and JAY-Z whose illustrious careers have put them in the position of never-ending scrutiny.

“I almost feel a little bit sorry for them,” he admits. “Obviously, they don’t need my sympathy. I don’t mean it in a way that people might think that. What I mean is for every ceiling that they’ve broken through, there’s a ceiling that’s also been put on them that isn’t on me. I can literally — when I get off the phone with you —  go to the grocery store down the street, get some hot sauce and nobody gives two fucking shits.

“They recognize me and they’ll be like, ‘Hey what’s up.’ They are used to me coming in. They see me all the time. I’m a normal person in this neighborhood, whereas if I was JAY-Z walking up in there, they would lose their shit and then I would have to deal with that. I feel like I’ve gotten real fortunate here, like I’ve cracked the code to life. I’ve got just enough fame to pay my bills, feed my kids and give me a voice and an opportunity to use that voice to fight oppression while still having a small amount of fame that I can live a life without being uncomfortable.”