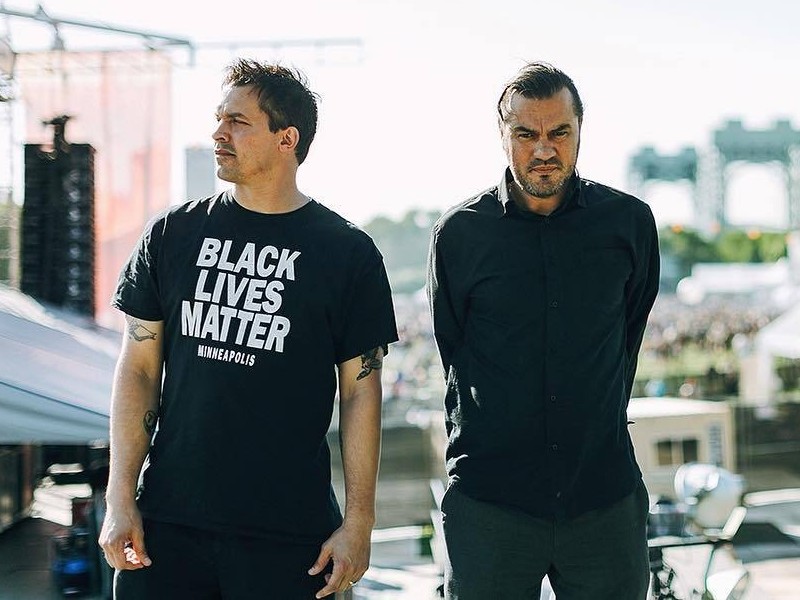 20 Years Of Atmosphere: Slug Describes Evolution Of His Writing & Relationship With Ant

Atmosphere celebrated the 20th anniversary of its debut album last week by remastering the Overcast! LP and releasing it on vinyl for the first time ever. To coincide with its release, Slug spoke to HipHopDX about his group’s inaugural project and opened up about life during the infancy of his career as well as the departure of former member Spawn.

After sharing part one of the interview with fans last Friday (October 27), DX presents the second and final part of our conversation with Slug.

In part two, the colorful storyteller describes how his writing has changed over the years and why it’s actually similar to his Overcast! days now. He also touches on the decades-long friendship with Ant, his longtime producer and counterpart in Atmosphere.

Every album has been chapter of your life, so I’m wondering what’s the biggest difference between you today as a writer compared to the Slug that was writing Overcast!?

At 25, I was making that record, but I was looking up to rappers that were younger than me already. El-P was younger than me. Murs was younger than me. So, at 25, I’m looking at these dudes like, ‘These dudes are killing it.’ So, I’m already feeling over the hill by the time, even beyond that. By the time God Loves Ugly took off, that was 2002. I was 30 years old. I mean 30 years old back then was technically fucking retirement time for a rapper. So, I was a really late bloomer. When I was making Overcast! I was like, ‘Man, this is probably the only time I’m ever gonna get to make a CD.’ So, I was overthinking and over-analyzing all of that shit.

I went through phases after that, like Lucy Ford, where I was like, ‘I’m not thinking about this.’ God Loves Ugly? ‘I’m not thinking about this.’ Seven’s Travels? There’s no thought behind that shit. It was just ‘do.’ It was just go off of feeling, go off of it. Overcast! though was a lot of feeling there. But it was also like, ‘I have to make this my … this has to be my holy grail. This is my Mona Lisa. This is my one chance to make a masterpiece.’ So I combed through it like a fucking scientist.

Nowadays, I find myself doing that again. It’s weird. Not because I’m trying to recreate Overcast! but because now, why wouldn’t I? Why wouldn’t I want to make the song as perfect as possible? Why wouldn’t I want to hide things inside of the song? You know, I went through phases where I wasn’t hiding shit inside the songs. I was just being straight up blunt. I went through phases where I was being poetic or whatever. Now, I’m not going to sacrifice the song for the sake of anything. I’m not gonna be poetic for the sake of being poetic. I’m not gonna be fucking blunt for the sake of being blunt. I’m gonna do what the song requires. And I think that’s very similar to where I was with Overcast!.

You know, Fishing Blues is that. I’m 100 percent committed to every single song on there. I am committed to making sure that I fit the music. I’m committed to making sure that I have a start and a finish point and that I get it all in between the two. I don’t leave anything unturned. I’m writing music right now, and I feel like there’s a similar approach going on again where I’m overthinking this shit. But I feel like that’s probably how it should be. If you’ve been making records for 20 years, at some point you gotta be like, ‘Well, I didn’t know how to do this.’ I have to admit to myself, ‘I know how to do this, so why not do this to my own best ability regardless of what people might think?’

The criticisms I get are pretty interesting because they all come from a place of love. Even the people that don’t like us, they come from a place of saying, ‘Well, here’s what I think you coulda did better.’ And I appreciate that. I respect that because I feel like it’s not so much that it’s constructive, but it’s coming from a place of one person’s connection to this music that they love. I look at it like, ‘Well, if you’re saying, all your songs take themselves too serious.’ I’m like, “You’re right. I can’t argue with that.’ Or if you’re saying, ‘Hey, this song don’t make no sense. Why would you put this on there?’ And I’m like, ‘You’re right, it makes no sense.’ But the music makes no sense, so I was committed to making sure that I matched the music.

It’s interesting to me now that I’ve come to a place where I’m actually 100 percent comfortable with criticism. And sometimes, I even agree with the shit. Whereas, man, in the middle there — [circa] Seven’s Travels — if you would have criticized my shit, I just would have put you on mute. I just would have been like, ‘Fuck that writer.’ In fact, I’ve literally, socially, been a piece of shit to fucking journalists in the past who I know panned my shit. Whereas now, I’m just kind of like, ‘Well, fuck. My music career’s lasted longer than most people’s journalism career.’ So in that regard, I gotta be comfortable in my own skin, maybe, I guess.

So overthinking it, I think, is important for me now. I don’t necessarily suggest that as a fucking way that people should make music, but it’s just how I do. And I can speak confidently on behalf of Anthony and say I think he’s in a very similar space as I am with that. I think both of us overthink it because, I mean, fuck … 20 years in, you probably should be thinking about what you’re doing, not just fucking coming from the gut. You know what I’m saying?

Absolutely. So, thinking about Anthony, what was your dynamic like in those early days and how has that changed over the years?

It’s weird, man. Early on, we had a lot in common, even outside of music. Our backgrounds, the way … I mean, we didn’t really grow up the same. He was an Army brat. He moved around a lot. I never moved. I’ve been living in the same square two miles my whole entire life. Like, I grew up walking distance from the house I live in right now. I could walk to the house I grew up in in 15 minutes. So, we have these stark differences. But I think the life lessons, as well as the things that our parents planted in us, were very similar. So, we always had a lot of shit we could talk about even when we didn’t agree. When we get together to make music, it’s like 70 percent bullshitting and 30 percent work.

I feel like that’s kinda always been our glue. That’s how we knew this was what we were gonna do. That’s how we get along and how we stick together. The other thing that we have … and I wouldn’t even say our relationship has changed that much. Our lives have changed a lot since then. We have changed as people, but our connection to each other has kinda maintained and stayed the same the whole time. And we still see each other all the time. We hang out often and I feel like a big part of that comes from the fact that we do not try to agree. We accept each other even when we disagree, even when we disagree on our shit. If we’re making music and we disagree on some shit, it’s okay. We can disagree on some shit. I might love a song. He might think it’s trash. And that’s okay. We compromise. 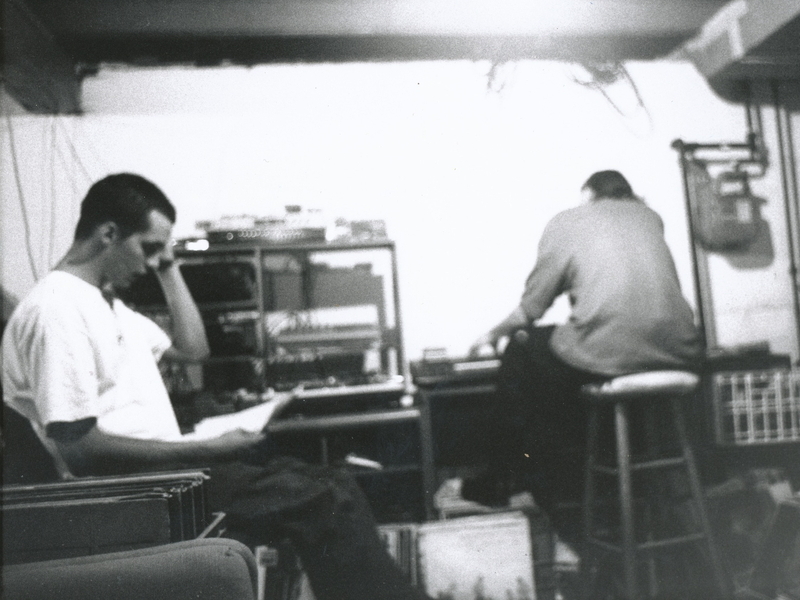 Every record there’s usually one or two songs on that album that I don’t like but he really liked, so I compromise and I allow them to go on there. In return, it’s the same thing in the other direction. There’d be a song or two that I really like that he doesn’t like, so we make that compromise. That’s a key. Is that what the kids say now? It’s a major key. It’s a huge part of why we still have the working relationship that we have. We’re very open and honest with each other too, and I think that’s a big part of just having a friendship, you know?

The 20th anniversary edition of Atmosphere’s Overcast! is available at Fifth Element.