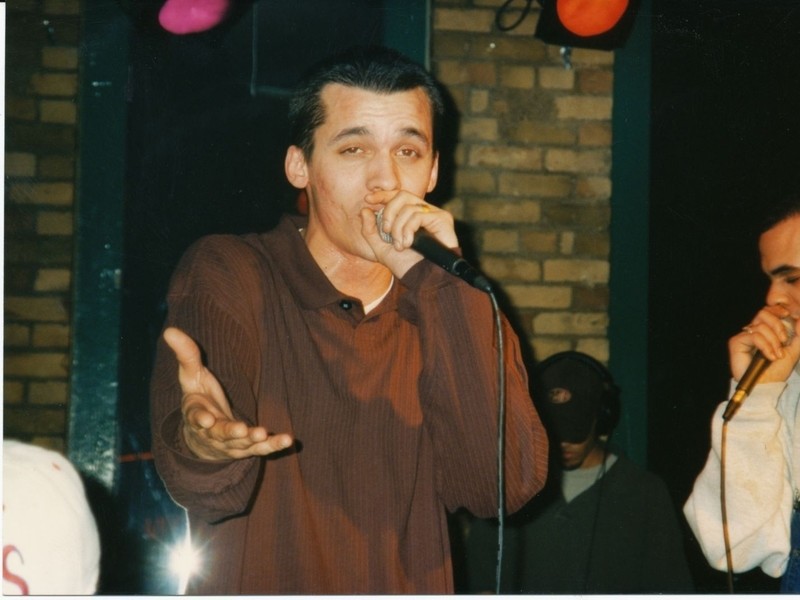 At last, Atmosphere fans can own the Overcast! LP on vinyl. Rhymesayers Entertainment has announced a vinyl release of the group’s debut album in celebration of its 20th anniversary.

While the Overcast! EP did drop on vinyl, the full-length project has never been released on the format. That all changes on October 27 with the arrival of a remastered version of the group’s inaugural album, their one and only featuring former member Spawn.

“For the old people, this is the first time we’ve ever put out the whole album on vinyl,” Slug told HipHopDX. “When we originally released Overcast!, we didn’t have enough money to even necessarily press the CDs at first, so we printed up an EP version of the vinyl on credit and we did the same thing with CDs. We had to finagle ways to put these out because we didn’t have enough money at the time.”

Slug and Ant never imagined they would be in a position where their album’s anniversary would even be a big deal. Now that it is, Atmosphere (and Rhymesayers) are doing it with style. Non-vinyl collectors might want to pick up a copy because three previously unreleased songs from the original Overcast! sessions have been added to the LP.

“Our whole lives, we just thought we would be these local dudes putting out four-track cassettes,” Slug explained. “We didn’t think it would get any exposure outside of the Twin Cities. And so we never looked back. Once it started gaining that exposure, we just started putting out more music and tried to hit the road.

“And then we never thought, ‘Hey, let’s do a full-length version of the album’ [on vinyl] until last year. It took up more than two pieces of vinyl because back then people’s records were just too long. So, we decided to throw some extra pieces on the vinyl: three songs which were recorded for Overcast! but got cut. A song called “Broken Rewind Button,” which has me, Spawn and Beyond on it; “Bus Benches” and a song called “Pea King.”

If it was up to Slug though, there may have never been a re-release. Despite being heavily involved in the remastering process to make sure it didn’t “lose the basement mistakes and rawness,” he was more than willing to leave Overcast! in the past until Rhymesayers persuaded him with its plans.

“Me personally, I feel like I’m against re-releases,” he told DX. “I’m against things that seem like a money grab. I’m like let the past be the past. I’ve always kind of been like that. If we’re gonna spend some more money on making some more shit, let’s make new shit. Sometimes I lock horns with the label about what’s new. I don’t want any of our music to lock horns with the label, so it took a lot of convincing to get me to do this.

“Originally, I wanted to make this look exactly the way it was as a CD. But these dudes at the label want everything to look super pretty. They want everything to look super cool. Me and Ant are record collectors, and I have too many records to care about anything looking super cute. I’m a fan of the basics but every time they do it, I’m really impressed with it. It opens up like a book and the records are in pockets.”

Check out a sample of the remastered album and its new tracklist below.

Pre-order the vinyl at Fifth Element’s online store and look out for more Overcast! coverage from DX in coming months.