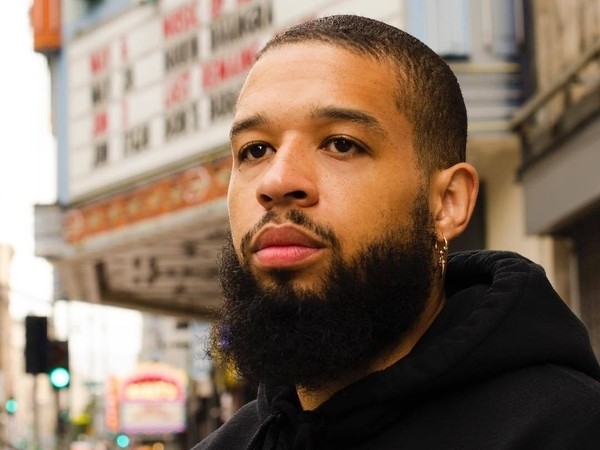 Although new to the solo artist career path, Kenneth Whalum is no stranger to the music scene. The Memphis native’s amazing talents behind the saxophone have landed him alongside some of Hip Hop and R&B’s greatest, including JAY-Z, Frank Ocean, D’Angelo, and Maxwell — just to name a few.

HipHopDX recently caught up with the wildly accomplished musician at Dinosaur Coffee in Silverlake, California to discuss his new venture into the alt-R&B world, as well as being handpicked to work on JAY-Z’s most recent project, 4:44.

Kenneth Whalum: Well, I had already worked with him on ‘Roc Boys’ and the American Gangster album. That’s been like 10 years now. And I toured with him and stuff like that, so we’re familiar with each other. When it came time for him … No I.D. was producing, obviously, the whole 4:44 album, so I was one of the logical picks to bring in to accomplish the sound they were trying to get. So, they just reached out to me. They were working out here in L.A., so I just went up there and worked on it. Knocked it out.

DX:  What was it like to work with one of the greatest of all time?

Kenneth: He’s like the greatest, to me, in general. That’s the greatest part to me, because he was the greatest before I worked with him. It’s always good to be able to work with people you genuinely appreciate their art and how they present things. I tell people all the time I learned a lot from him just being off stage. On stage is clearly one thing —but the way he moves around, it’s like Batman.

DX: What’s something that we may not know about JAY-Z?

Kenneth: He drives alone in his Porsche a lot. And makes everybody else follow him. He’s real cool, he’s like one of the … he peeps the room a lot. It’s like you know he’s there. His presence is obviously felt.”

DX: How was touring with Frank Ocean?

Kenneth: I didn’t tour with him but we did some shows together around the Channel Orange album. He’s one of my favorite artists, period. I think the thing about him that I really just noticed is his dedication to every detail. I think that’s why he cancels shows sometimes. Maybe he can’t accomplish what it is that he actually feels and sees. He’s just really attentive and really set on accomplishing his vision and his dream for his presentation. I’ve just always respected that. Down to shoe strings. Down to like corners of stages and stuff.

DX: What about Maxwell?

Kenneth: Maxwell’s cool. I’ve been working with him a long time. He’s one of the first people who gave me the opportunity to actually sing, as well as playing the saxophone. He was like, “Yo, you can sing if you want,” on the tour. He’s been really cool and positive to me in my solo career. He’s obviously one of the greats at what he does and people really appreciate his music. I worked on the BLACKsummers’night’s album — both of them. The last two [2009 and 2016]. I really feel like that’s some of my best work, as somebody contributing to another project. It’s some of his favorite music to me.

Kenneth: That’s probably my favorite in terms of shows and touring. The feeling that I got from the music — as a musician though. I was already a fan of his music. Voodoo’s one of my favorite albums. Just as a musician, it was like one of those gigs, one of those tours that you had to do. It’s like you don’t say no to that. He doesn’t really even go out that much. He’s like a cult favorite. And I’m one of them — the people that love it. Every night was like a spiritual experience. I think we did FYF Fest a couple years ago. But yeah, he’s just an incredible artist.

DX: You recently put out your debut solo project titled Broken Land. How long did it take you?

Kenneth: It took me a couple of years because it was between me doing other stuff with other artists, and me doing my own stuff. And I’m really attentive to the detail too. I put it together in pieces. I wrote a lot in my own time. I’m always writing actually. It took a little bit, but it actually came out exactly how I wanted it to.

DX: How were you feeling with it being your first release as a solo artist? Were you nervous?

Kenneth: I wasn’t really nervous. I just really wanted to be true to what I was really feeling. I put out a jazz album before, like 10 years ago. But it was just like me graduating jazz school and I wanted to document that. But this is like my first actual artistic statement where I feel like I was actually telling my story. So I wasn’t nervous. I was actually really excited about it.

DX: Your roster includes all the Hip Hop GOATs. Who else is left?

Kenneth: You know, I love Drake. I fuck with Drake, real talk. We haven’t had a chance to work with each other yet. I’m from Memphis, his dad’s from Memphis. I saw him last night, Dennis. Those are my … the camps are close to me. So maybe it will happen one day. I mess with Drake.