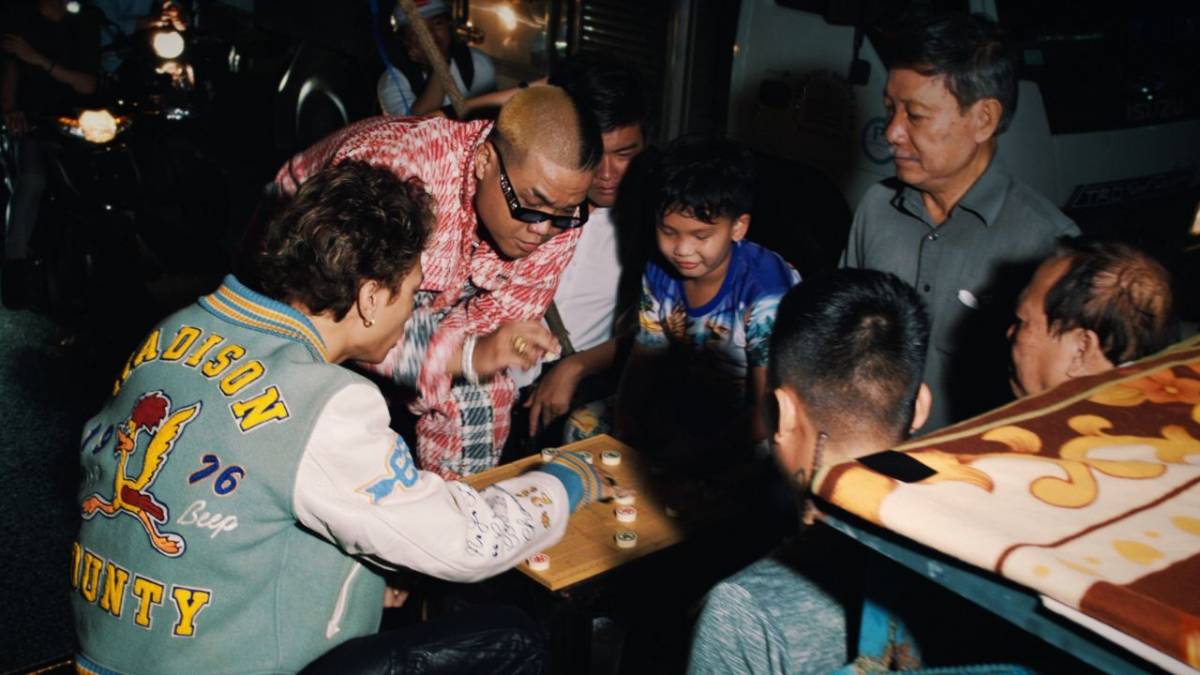 Inside ‘The Regionals: Vietnam’ Video: ‘It Was Like Playing On The Line Between Reality, Clichés, And Memes’

The third and final installment to “The Regionals,” the first-of-its-kind cypher series in the region, has finally arrived.

The one-take video was shot at night in an abandoned area in Saigon (Ho Chi Minh City, the largest city in Vietnam), showing distinctly “cultural pieces in a rush-hour traffic jam”—a notorious scenery in many Asian cities, but with a deliberate effort to organically showcase a place where “all artists can appear equal, intimate with everybody without social prejudice.”

We reached out to directors Khanh Nguyen and Anh Phi Cako via email about how the unapologetically, authentic Vietnamese visual came together, a calling card of sorts for foreign audiences, and a “collective painting” for the Vietnamese people.

How did the concept of the music video come together?

Khanh Nguyen: Anywhere in Vietnam, you will find unique things, unlike anything you have seen before. These things create visuals that can be profound, strange, humorous and most importantly they offer a source of positive energy. They represent a distinctive characteristic of the Vietnamese culture and spirit. Our job is to bring the spirits of these visuals and images into the condensed form of a music video.

From there, me and Anh Phi came up with the idea that we can show all of these interesting cultural pieces in a rush-hour traffic jam. It’s a natural place where all the artists can appear equal, and intimate with everybody without social prejudice.

How did 9th Wonder’s beat play into the music video’s theme?

Anh Phi: It is an old-school groovy boom-bap beat that gives a laid-back feeling that calls for enjoying slowness in a positive way. It fits our approach which was to celebrate a certain chill positivism.

Were the rappers also involved in the creative process of the video?

Khanh Nguyen: During production, when we brief each artist, we always respect his/her spirit and personality. That’s why we only briefed them on the overall scene and we’d be open to however they want to interpret that to their performance. After a few rehearsals, we distilled all the interesting things they came up with and kept what was most relevant to the overall story. The results exceeded our expectations.

The overall mood of the video was very engrossing, mostly I think because it’s shot at night. Can you share why you decided to shoot it that way?

Khanh Nguyen: Shooting at night allows the audience to focus on the main subjects: the people in the framing. It is not about the set, the architecture elements, or a specific location. Our main focus is the people. By using a single light source, we uphold the continuity of the pacing of the video which compliments the beat, so the audience can truly immerse in this short journey with each artist.

Can you explain what the setting is? It’s very fascinating—from an Asian reference, it all looks familiar but somehow it’s many different things in one place: It looks like standstill traffic, but at the same time, there are food stalls, and street vendors. Can you share why you chose thing setting for “The Regionals: Vietnam”?

Anh Phi: Saigon street[s are] a constant source of inspiration. We wanted to reflect the beautiful randomness of the urban space, how Vietnamese people interact in public spaces in a very organic way and how multi-generational and diverse it can be.

For non-Vietnamese viewers, what does this music video tell us about Vietnam, the Vietnamese hip hop scene, and specifically the location/city the video was shot in?

Anh Phi: For non-Vietnamese viewers, I do hope it can reflect a certain positivism in Vietnam with a tint of humor, showing people being unapologetically themselves, able to wait for a literal endless red light. It is like a condensed abstracted version of Saigon streets, while it can look chaotic from an outsider’s point of view, you realize that people are relatively calm whether it’s a complex crossing or an over-flooded street.

It was shot in an abandoned area in District 2 of Saigon. It is basically a bunch of apartment building blocks that had been finished years ago but somehow never saw any residents because of some internal issues. The place however served as a COVID hospital during the pandemic but now remains empty and guarded by a bunch of security. It definitely felt surreal and timeless to shoot in an empty street with a post-apocalyptic vibe.

Can you walk us through the decision to shoot the video in one take? How was that decided and is there a significance in that style for this video?

Anh Phi: Doing a one-take video gives unity of time and space, a sense of realness and rawness, no edit, no tricks, which gives a stronger immersive feeling. You’re in the moment. Also, we wanted to really treat it as a cypher rather than a music video, to have this feeling of really being with each artist delivering their lines without cutting them.

What made you choose this combination of elements to represent Vietnamese culture/society over other examples?

Anh Phi: It was like playing on the line between reality, clichés, and memes. The way we combined elements was more like a collective painting with various elements we’d think would be visually funny, absurd, or relatable.

Watch “The Regionals: Vietnam” below: