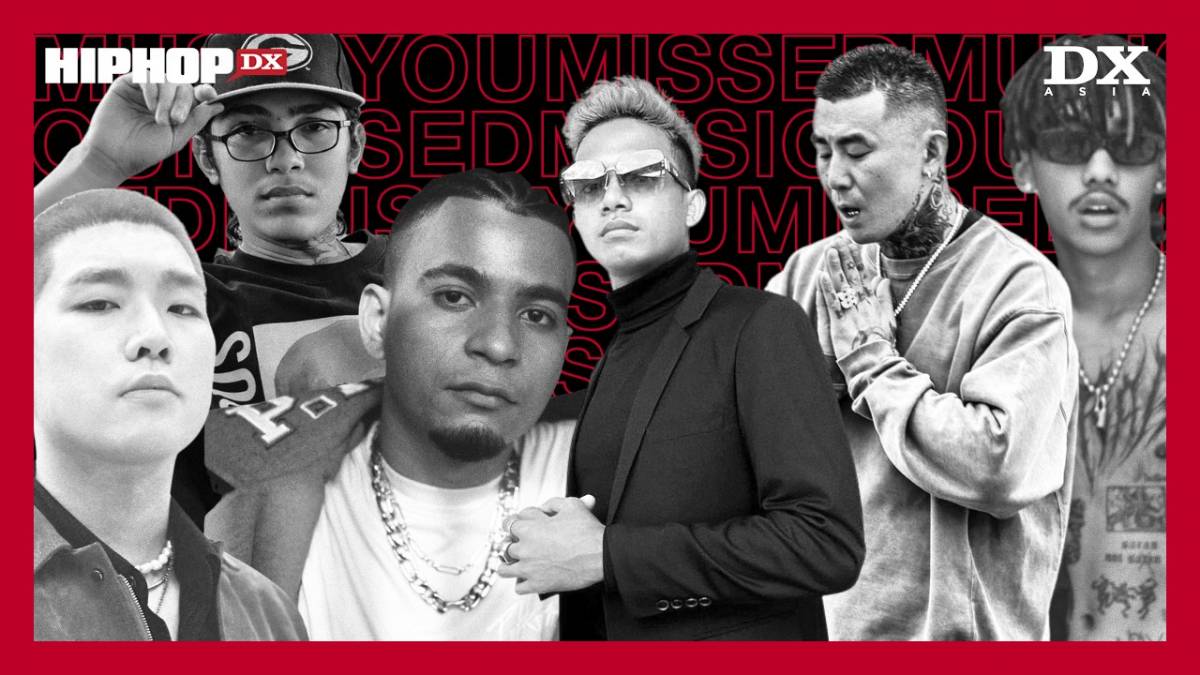 To ring in the new month, we’ve rounded up the latest releases from across Asia. Check out our selection below.

Sofia Guanzon contributed to this feature.

Japanese artist WILYWNKA relishes the little good things in life in his latest single, “Feeling Like…”  In addition to the lyrics, the wobbly bass and piano-driven production (care of Brasstracks) is thematically reminiscent of spiritual predecessors like Kanye West and T-Pain’s “Good Life.”

“Feeling like new me / Got on a new tee / 常夏の気分さ Like beach / 最高な休日作る I’m makin” (Feeling of everlasting summer like beach / Make the best holiday I’m makin’), he raps. Perfect for getting you in the mood any day of the week. — MG

Brotherhood runs deep in the Gully rap scene, and these MCs make use of every occasion to underscore just that. “[The track] been about sticking to each other, helping each other nurture… It portrays their hardship, their struggle, brotherhood, and unity,” they added. To drive the point home, they end it with, “Why compete when you can collaborate?”

Standout moment: MC Altaf opening and the gruff Rajesh Radhakrishnan, aka Dope Daddy, wrapping up the cypher complimented each other well. — MG

One of the most affecting and high-powered tracks from late last week is the remix of “ケレモ” (Kelemo, phonetically similar to “Kill them all”), a cross-genre cut from Japanese rock band 死生 SIS and Kyoto hip hop icon ANARCHY.

The track opens formidably with a statement: “Drop them bombs!” and starts lyrically with “Sorry for rapping in Japanese / More Japanese people die from suicide than U.S. soldiers killed in combat / Packed hospitals / Mainstream society looks at us as being unpatriotic”—a scathing invoking of history between the U.S. and Japan, as well as the grim statistics of suicide in developed Asian nations like Japan. “Hey, violate taboos a little bit more,” the track provokes further.

Watch the Shugo Okamune and Ryoji Kamiyama-directed visual above. — MG

Korean singer 따마 THAMA links up with GSoul for the gorgeously shot music video for “Blessed,” a mellow cut from the former’s newly released album, DON’T DIE COLORS. Opening with a message, “The relationships in our lives are our source of life,” the visual for the R&B single overwhelmingly features Black faces—centering them and avoiding the oft-misappropriating, tokenism streak that’s plagued the Korean music industry to this day. It pays homage to the culture hip hop and R&B originated from, but more importantly, it brings those whose faces are similar to those who created and nurtured the culture in the first place to the forefront. — MG

Fil-Aussie singer-songwriter RINI returns with the sensual “Need It,” fleshing out Latin-tinged tension and soulful ambient textures in the production. Most recently, The Chopstars dropped a “slowed down” pack of the Wale-assisted “Red Light,” including chopped and screwed, slow and reverbed, and chop-not-slop versions. — MG

Filipino rapper Guddhist Gunatita shared a visualizer for his newest self-written single “WAYBACK.” The member of five-piece rap collective 1096 Gang released his first solo album Metamorphosis earlier this year. The visualizer is a candid one-take of the artist performing the track in a shopping cart at an empty parking lot with his fellow 1096 Gang members and friends. Filmed and directed by Mike Gem Tolentino, the video is edited against a 1950s television screen, accompanied by lyrics of the song on the screen that mimic the typical karaoke screen.

To match the track’s refreshing optimism and Guddhist Gunatita’s laidback sound, the video opens with a prologue by the artist: “Sarap lang din tanawin ang kahapon. Lahat naman tayo aware na hindi na yun nag-eexist. Di na rin maibabalik pero sarap lang din, diba?” (“It just feels good to look back on the past. We’re all aware that it doesn’t exist anymore anyway. We can’t return to it but it’s all good, right?”).

The Yvng Riel-produced “WAYBACK” is the latest of the multiple standalone tracks the artist has released in 2021. Changing tides and the fluid nature of life is a theme the artist has previously explored, which “WAYBACK” revisits with equal measure. — SG

Cambodian producer, singer, and songwriter SONGHA teams up with rapper YCN Rakhie for his latest track, “ANXIETY,” as he pivots towards an electro-hop sound that serves as a canvas for his turbulent confessional. The track articulates the personal struggles of YCN Rakhie as he navigates the turmoil of depression, loss, and grief. In the lyric video’s description, Songha writes: “Everyone always has their own problems that are hard to say, and now YCN Rakhie and I would like to share the experience that YCN Rakhie went through directly through this song.” In this collaboration, SONGHA deviates from his own groove-heavy pop sound exemplified in his 2020 solo album Take What You Need.

YCN Rakhie is managed by La Lima Cartel, which is distributed by SONGHA’s label, Baramey Production, where the rapper has collaborated with other young talents under SONGHA’s direction, most recently as the hype man in VannDa’s ASEAN Music Showcase Festival performance. This release marks the first project between the two, one of many other previous collaborations produced by SONGHA, like “Do Like I Talk” and “2 Seaters.”

Japanese rapper DADA released the video for his latest single, “Welcome to Nokey,” featuring Taro Ninja. The track is part of his latest album Mine, following up his solo record Yours, released earlier this year. “Welcome to Nokey” is a track that demands attention, tempered with hyper pop influences and masterful performances from both artists. The video, directed by Dex Filmz, follows the two around urban Japanese sprawl, with cuts in empty trains, still alleyways, and riding out of car windows against the backdrop of the city at night.

DADA and Taro Ninja are members of the nine-member hip hop group “Nokey Boyz” and the release is their first major collaboration as a pair.

Filipino producer 8Beats released a video for “Kuhain” (“Take”), the latest single from his 2020 debut album Och8mil. The track was mixed, mastered and produced by Ochomil or 8Beats and features Filipino rappers CLR, Omar Baliw, and Rhyne. “Kuhain” is an ambitious project that involves a mix of rapping styles. Complementing one another as each artist meditates on the themes of nationhood, righteousness, and unapologetically taking up space, the track’s barebones production withholds excess for the lyricism to stand on its own.

Thai rappers FIIXD, BIRDMANNKC, and SARAN collaborated on the newest release “กูจะไม่เข้าไปข้างใน” (“I Won’t Go Inside”), produced by Bankroll Baby and mixed and mastered by Ninesixtsoul. The track is the first collaboration we’ve seen from Thailand’s well-established rappers and is included in their new project together, YOUNG E$AN. The video features the artists exhibiting their respective rapping styles, piecing together an amalgamation of approaches to the contemporary Thai hip hop sound.