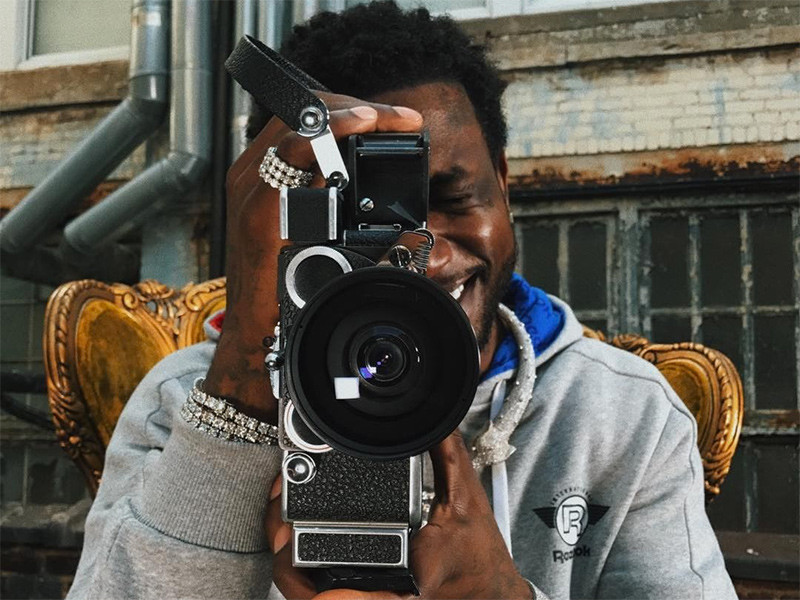 6 Actors Who Could Play Gucci Mane In His Upcoming Biopic

​It’s been just weeks since Gucci Mane announced his first LP of 2018, (tentatively) titled The Evil Genius. That was big news, especially after the year he had. He’s coming off of a great 2017 that included a plush, televised $1.7 million wedding, a New York Times Bestseller and a reality show.

Gucci never stops, and continues to show us why he deserved DX’s year-end award for Hardest Working Artist Of The Year for both 2016 and 2017.

Related: By The Numbers: Gucci Mane’s Insanely Productive Year Out Of Prison

On January 17, he had his Twitter timeline going nuts after he announced “The Autobiography Of Gucci Mane is coming to a theatre near you,” followed by the hashtag #DirectorGucciMane.

#TheAutoBiographyOfGuccimane is coming to a theatre ?near you #DirectorGuccimane #1017Films

There are no additional details to suggest whether production on the film is already underway, whether it’s merely still in the scripting phase, or whether it’s finished and rolling out in the coming weeks or months. With Guwop’s work ethic — and history of being unpredictable — it’s difficult to know for sure.

However, the success of films like Notorious, All Eyez On Me and Straight Outta Compton proved the potential box-office success for some of our culture’s most intriguing backstories, and Gucci has proven himself to be one of his generation’s most unpredictable and fascinating figures.

His autobiography was a way of reining in control of his narrative, which at times had a sense of folklore to it, not unlike the The Usual Suspects‘ Keyser Söze. Translating that story into a film would take it to the next level.

The question is: who will Guwop tap to play himself in the film?

We came up with six names who have what it takes to play the role of a lifetime.

Off the rip, Rhodes looks a lot like Gucci, which is a plus. Aesthetics aside, though, he’s a tremendous actor who played the role of adult Chiron (aka “Black”) in the award-winning film Moonlight. The only challenge would be making him resemble the old Gucci.

Jamie Foxx could body this role. Like Will Smith, he’s able to tackle a biopic so well that at points your mind is almost incapable of distinguishing them from the character they’re playing. If you haven’t seen Ray, fix that now. Plus, his musical chops could give him a leg up, if only just in sheer stage presence.

Boseman is probably one of the strongest picks for the role, with two successful biopic roles under his belt already, Jackie Robinson and James Brown. His current role as T’Challa — aka the Black Panther — in the Marvel universe has made him a hit property. The challenge here would be working around post-production and release schedules of the upcoming Avengers films.

Derek Luke also has the potential to bring something significant to the role. He has an extensive filmography, which includes playing the title role in Antwone Fisher alongside Denzel Washington and — more relevant here — Diddy in Notorious.

While his acting ability has yet to be tested outside of reality TV (and some interesting character work), and despite a back and forth with Guwop back in 2012, Joc could be an interesting wildcard pick to play the rapper. Though he would need to do some work to play the new Gucci, he has old Gucci locked.

Lastly, and possibly the most obvious, the role could be played by Gucci himself. Whether or not you still believe that the post-prison Guwop is a clone, it’s impossible to deny that his aura is what makes him such a magnetic figure, and trying to act that out may get lost. Whether or not it would come across correctly, it has proven successful for artists like Eminem and 50 Cent.

Who do you think would make a great Gucci Mane in his upcoming autobiographical film? Let us know in the comments.