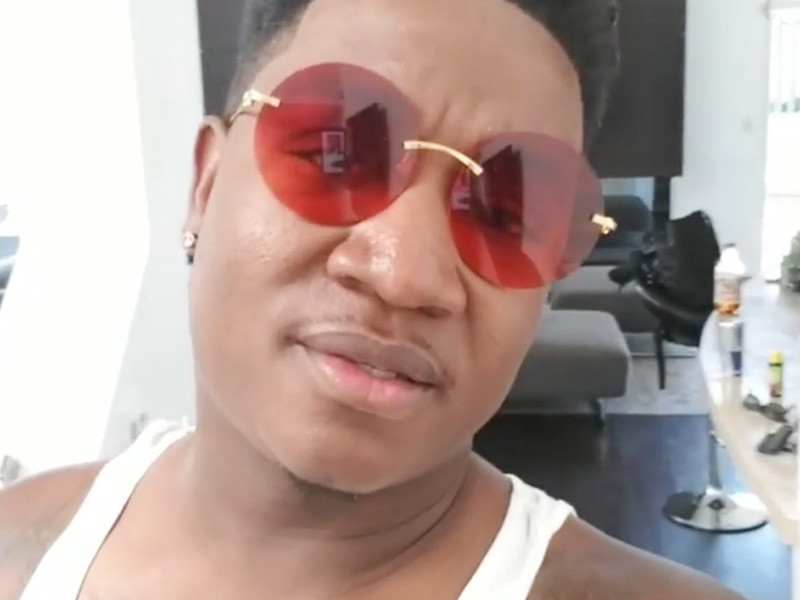 Yung Joc Reacts To Viral Clips Of Him Wearing Dress

Yung Joc is once again the target of online trolls. The ATL rapper, known for his 2006 single “It’s Goin’ Down” and his appearances on Love & Hip Hop: Atlanta, was spotted rocking a full-length dress in public on Tuesday night (September 12) and the Internet is having a field day.

#yungjoc posted up in a dress bagging chicks?

After the trolling floodgates burst open, Joc took to social media to react to the photos in videos that were captured by The Shade Room.

“Newsflash: y’all probably wondering what hell Joc got going on,” he says in the video. “It’s called internet manipulation. This is going to be one of the craziest times ever in my life or career. Am I going to take full advantage of it? Or will I be silent? I will not be silent and yes I will take full advantage of it. At this point in my life, you must watch. I’m currently on four television shows on VH1. You will see me coming up here in October on Scared Famous. After that, I’m pretty sure you’ll probably see me on Leave it to Stevie. Then you’ll probably turn around and see me on Hip Hop Squares and you gonna turn around and see me on possibly Love & Hip Hop: Atlanta.”

#PressPlay : #YungJoc explains the dress he was wearing as an #InternetManipulationScheme for ratings for his upcoming features on shows. ? (See previous post)

In a subsequent video, Joc questioned those who claimed he’d sold his soul before admitting: “I had to man up and put on a fucking dress. Get with it.”

“I knew the type of backlash that would come from this shit. I did,” he admitted. “But let me address one and two things. For those of you who are so quick to call on the Illuminati and say I sold my soul, tell me how I sold my soul. Yeah I fucked around [and] shit had to happen [laughs]. I had to man up and put on a fucking dress. Get with it. It’s just a thread. It’s just some shit a man made. It’s a thread. It’s nothing. Now if you give me a shield and a spear, and put a goddamn leather metal belt around my waist, I might look like a muthafuckin Roman. 300. Sparta. But that’s not the case. All I’ma say is quit being so judgmental, people. It’s threads.”

#yungjoc wore a dress for the ?. How much money would it take to put y'all in a dress???

A short while after the photos of Joc surfaced, a video of fellow Atlanta rapper 21 Savage appeared online. In the clip, Savage apologizes to the world on behalf of his city, saying: “I know we produce some soft-ass niggas [but] just bare with us. I just want you guys to know there’s some real niggas left.”

While 21 Savage doesn’t mention Joc’s name explicitly, many fans believe he is referring to the Love & Hip Hop: Atlanta star.

“I wanna apologize to the world on behalf of my city, the City of Atlanta,” 21 Savage says in the clip, which was again captured by The Share Room. “Now I know we produce some soft-ass niggas [but] just bare with us. We’re gonna get through this storm, guys. I just want you guys to know there’s some real niggas left. And real niggas are coming back in style so just hold tight, we’re gonna take this thing back.”

#21Savage apologizes to the world on behalf of #Atlanta ? sounds like he foresees a change ??‍♀️

As expected, the Internet was quick to react to the photos of Joc.

Yung Joc is an embarrassment to the whole rap industry but new rap fans allow any and everything to ride so I'm sure y'all salute him pic.twitter.com/vft45o6VLd

This Yung Joc dude says "stop being judgmental" about his blue dress but, he also says he had to "man up" to put it on. Make up your miind.

Why is Yung Joc wearing a dress. #wasteman

bruh Yung Joc was in a dress lmao

I feel like im the only one that didn't really care about Yung Joc wearing a dress.

It really isn't that big a deal.