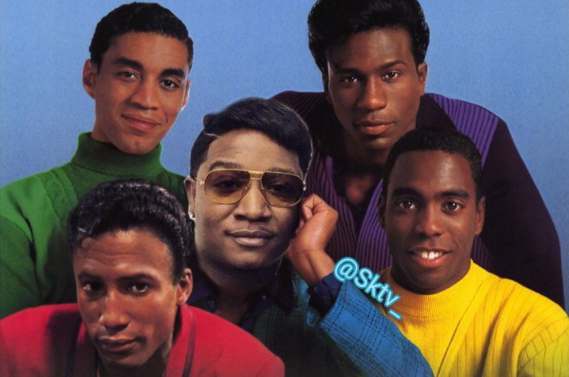 Love & Hip Hop: Atlanta cast member and (former?) rapper Yung Joc already knew he set himself for failure when he debuted a new hairstyle for The Gram that had him looking somewhere between Little Richard and Big Red Davis.

An obviously defensive Joc created a video public service announcement explaining that he had landed a movie role and was simply playing the part.

“BIG Screen flow…..,” he captioned on his Instagram clip. “I know yall gonna hit me with all the Shade in the Room and thats totally fine because i know how Blessed i am…….. Never been scared to be the Center of attention without trying…….#whatwouldjocdo #WWJD.”

Outside of an Oscar nomination for the yet announced movie role, Joc is probably just going to have to stomach this L.

See what the people are saying below. Nothing but jokes on Joc.

@IAMYUNGJOC out here take #LHHATL to a new level pic.twitter.com/Ux3vUsEIlr

Young Joc look like he ready to be the sixth heartbeat pic.twitter.com/8eZXINGo70

Young Joc look like he got sunshine on a cloudy day pic.twitter.com/8Ar54cZRTw

Why Young Joc look like Rev Rollo Goodlove off the boondocks pic.twitter.com/gUERRgNcpq

Young Joc I didn't know you was part of the Prancing Elites ??? pic.twitter.com/imTQLKCYec

@IAMYUNGJOC Asymmetrical, fried and died w/ a part. Ok Yung Joc, you have our attention! pic.twitter.com/bCmeSVoW17

why does Young Joc look like a old Trini man that came to teef whine? pic.twitter.com/q6pwcxYzFc

Barber: what u want fam?

Yung Joc: you remember Spongebob when he went to prom with Pearl?

Yung Joc can't understand the Tears of a Clown pic.twitter.com/bH5yXW6upl

Young Joc looks like my Jr. High lunch lady. She had fancy nails and always gave me extra corn. pic.twitter.com/KST7fJv3zE