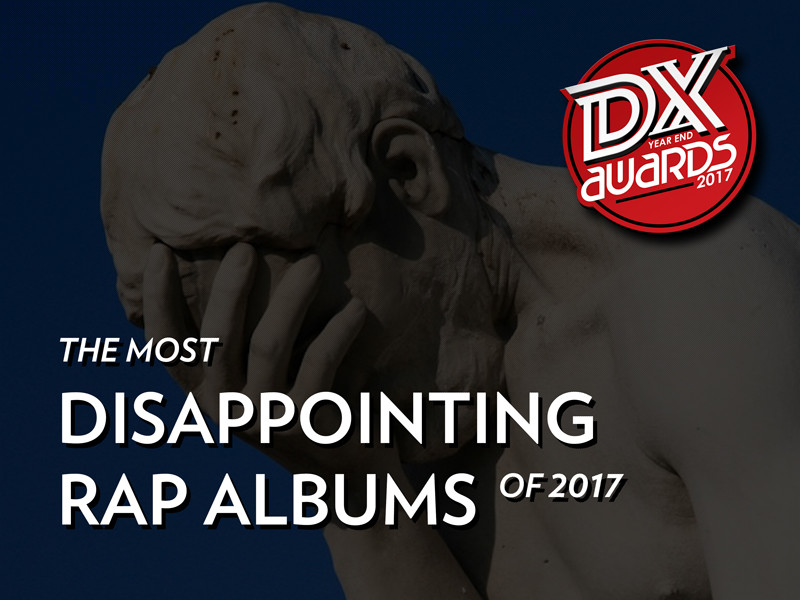 The Most Disappointing Rap Albums Of 2017

No one intentionally goes into the studio to make a bad album. Lofty ambitions, label hiccups, lack of focus (especially for a touring artist) or a combination of the three can all play a part in a wayward full-length project leaving fans with mixed emotions.

And since there’s no such thing as good without the bad, we’re here to remind you which rap albums fell short of what they set out to achieve professionally, sonically or in terms of engaging listeners.

It’s garbage time, ladies and gents. Behold, The Most Disappointing Rap Albums Of 2017.

No, this isn’t the project that blew up “OOOUUU” — the catalyst behind HipHopDX’s Best Beat of 2016. This is the project that slipped “OOOUUU” on the tail end of the tracklist virtually a year after the song was released because the momentum couldn’t be maintained. The album name wasted a title for Young M.A and didn’t delve too much into her Pandora’s box. It remains as a stark warning to all up-and-coming rappers that playing the hit-making game is a slippery slope. Cardi B should take note. Iggy Azalea didn’t and…

Metro Boomin had enough wins in 2017 to overcome this ridiculously imbalanced joint feature, but Big Sean, having seen his buzz fade after releasing I Decided. way back in February, didn’t need to represent the “or nothing” aspect of this album release. Wack lyrics about smoking dope with Rosa Parks, fidget spinners and making his girl feel blessed that he didn’t sodomize her will forever haunt this LP’s legacy.

From all the way up to not mentioned at all. Blame Remy Ma for sabotaging any buzz surrounding the album by releasing her “SHETHER” Nicki Minaj diss a week later, but truth be told, this collaborative project fell flat from the start. “Cookin” featured French Montana (much like the Grammy-nominated and platinum smash “All the Way Up”), and felt every bit the carbon copy it was. Assistance from Ty Dolla $ign, Kent Jones, Sevyn and BJ The Chicago Kid did nothing to propel the quality either. Not every single movement needs an album.

KRS-One – The World Is Mind

Thirteen albums in and the one and only T’cha is understandably at a crossroads in his career. But instead of doubling down on the classic sensibilities that made Boogie Down Productions such a legendary force, or focusing on what he considers the direction 2K17 needs to be rooted in, he just wallowed in between the two for a forgettable album, whose ultimate footnote will be for killing off the wrong Beastie Boy.

Mr. T-Raww has given the world plenty of opportunities not to take his rap career seriously and you’re muthafuckin’ right Bitch I’m The Shit 2 upheld that trend. Were you aware Quavo, Pusha T, Vince Staples and Ty Dolla $ign were on this project? No? That’s probably because you’re not taking Tyga’s career seriously!

A hot, platinum single in “Magnolia” and a shoutout from JAY-Z couldn’t mask the notion that Carti’s self-titled debut was simply “a glorified beat tape with ad-libs.” Simply put, this project epitomizes the “SoundCloud mumble rapper” generation and hopefully, the day will come when Carti grows up and denounces any affiliation to the album. Hopefully.

No Ryan Lewis? No prob…oooh…not so fast, Ben Haggerty. Naming the album Gemini isn’t an excuse for the music to be divided between a G-rated carnival of suck (“Zara,” “Good Old Days” with Kesha and “Intentions”) and failed trap auditions for Quality Control Music (“How To Play the Flute,” “Willy Wonka” with Offset and “Marmalade” with Lil Yachty). Success has damaged many an artist and it’s shaken Macklemore to the point where he’s not even making music that’s as fun as his artistic persona. Get it together, mate!

For more than a year, Fab and Jada masqueraded around with Freddy Krueger and Jason Voorhees masks like they were about to 187 an album full of bars. The end result felt like a colorful Bob Ross canvas — nothing stood out unless you want to count to bodacious trap records such as “Stand Up” featuring Future (smh). It got really painful when the duo decided to get “woke” and preach peace on the song “Talk About It” after they filled the graveyard on the opening title track. Fire the executive producer, fellas! 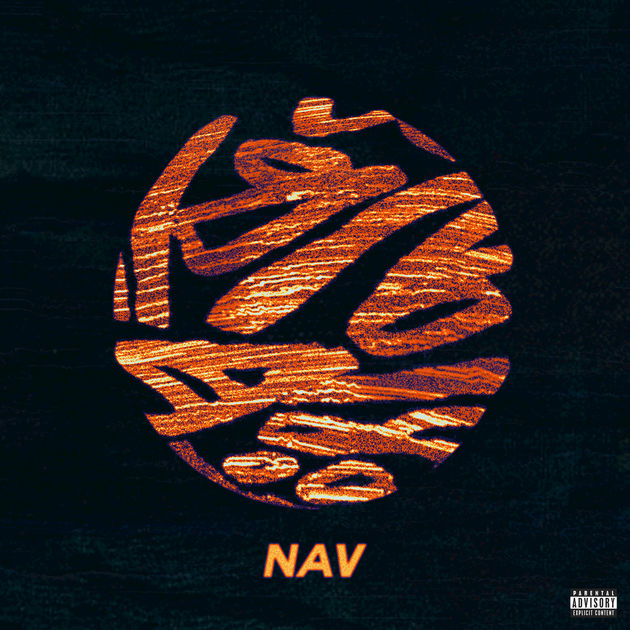 A kid from Canada crooning about his lows, woes and doing drugs until they put a tag on his toes! How original! Nav came in the game down with The Weeknd and Travis Scott and actually has some talent behind the board — but when it comes to his lyrical diversity, it’s limited to the contents of a medicine bottle. See the lyrics to “Myself,” which perfectly sum up this wack-ass album: “I was sober for an hour but I’m rollin’ off a bean now/ The drugs, they give me confidence, I’m sayin’ what I mean now/ The xannies help me slow up, the lean it help me speed down.” Time to detox, dude.

This guy! Someone needs to remind us what this album’s name means again. Was it “perfect timing” for a collaboration no one asked for? Or was it “perfect timing” to hit the stop button on your Apple Music stream partway into the opening track? On this particular project, Young Metro rose to the occasion, but Nav — who still can’t find anything to rap about aside from abusing drugs and sliding off with someone else’s girl — will fully achieve “perfect timing” when he decides to stick to producing.

Eminem told Elton John that he set out to make “a little something for everyone” on his ninth studio album, Revival. After seeing the reactions following the pop-oriented project’s release, it’s clear that everybody doesn’t want “a little something.” They want that ‘ol Slim Shady feeling, or at least a matured version of his impressive raps.

Between puzzling beat choices supplied by Rick Rubin and Alex da Kid, to the decision for picking P!nk, X Ambassadors and Skylar Grey over his own in-house roster of Slaughterhouse, Yelawolf, Westside Gunn and Conway, it’s apparent Em chased the chart instead of trusting his natural talent. Better luck next time and Em, we need that next time to actually happen.