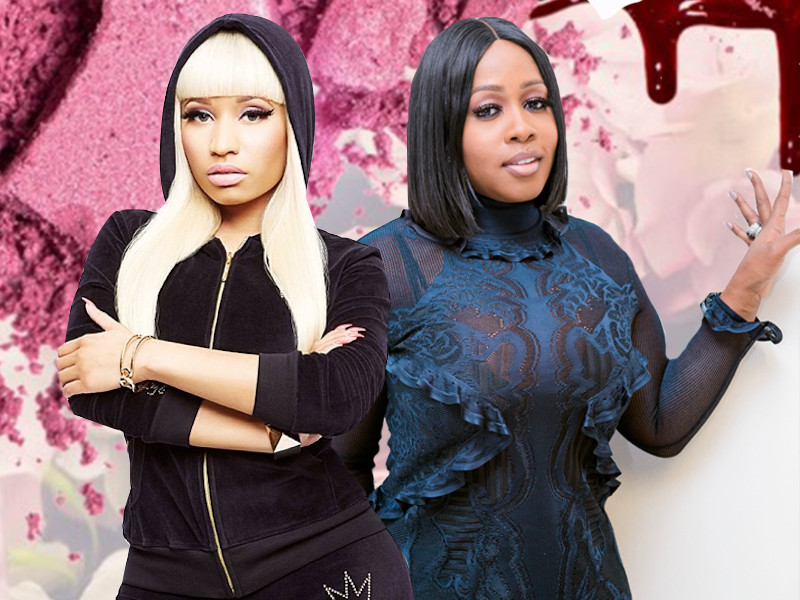 Several years ago, Hip Hop poet laureate KRS-One boasted how he had several diss tracks locked and loaded for every rapper who even eclipsed the spotlight. That’s not to say he had friction with any of his younger contemporaries. He was just prepared to hold his own, should anything pop off and force him to protect his legacy when time could be less forgiving and more forgetful.

The preemptive tactic likely proved to be useful when he faced off against an unlikely foe in … Nelly. Logic would tempt rap fans into believing a disagreement would spawn between the T’cha and an artist who operated in his lane like a Talib Kweli or Pharoahe Monch opposed to a pop presence like the Country Grammar creator, but a spat over the title of #1 brought them to lyrical blows. Now that same logic would also tempt one to bet the house on KRS to verbally mutilate Nelly to the point he retreated in a dim lit room and cried in the reflection of his diamond plaques, never to sully the precious “Real Hip Hop” culture again. Thus, making way for more true school records to get nonstop airplay on commercial radio, win Grammys and other related marshmallow follies fit for a J.K. Rowling novel.

And it’s not like KRS didn’t unleash the same voltage of dynamite he used to blow up the 59th Street Bridge. He flung acid with not one but two diss songs in “You Don’t Want It” and “Ova Here,” but even a legend isn’t immune from overshooting a target staring right in their face. Nelly, who honestly had no intention of dissing the rap icon, kept the ball in his court and quite frankly, hit him in the face with a no-look pass. Alongside State Property’s Beanie Sigel and Freeway, Nelly fired back on the “Roc the Mic (Remix)” with the fury, “Like K – ‘Know’ one here even said your name/R – You really feelin’ guilty bout something, mane/S – Sad to see you really just want just/One – more hit…” Do you think the people cared that Nelly was flinging disrespectful spittle at a Hip Hop titan? They were too busy doing the Dame Dash dance and poppin’ bottles of Armadale vodka to even give it a thought.

So forgive me for not being overly impressed when I turned on Remy Ma’s “SHETHER” over the weekend like more than two million people on Soundcloud and saw her chiseling at her brick wall competition, Nicki Minaj. Was the record entertaining? Sure. Did Remy bring the bars? Of course, even if the delivery was a bit dry and the lyrics were peppered with technical fouls.

But there’s no victory in hopping on Nas’ 2001 Jay Z haymaker “Ether” and attempting to make it your own, especially when you’re the undisputed top challenger against the heavyweight champion. You need that distinction. The entire thought of that song is layered in so much historical context, the instrumental should arguably be copywritten in the same digital armor Paul, John, George and Ringo encase their legacy in. You can’t flip that screwed-up Tupac sample for a “Fuck Nicki Minaj!” (It wasn’t even on beat!) That song single-handedly disintegrated any animosity fans may have had from Nastradamus and gave them undying faith in Nas once again, put Jay Z on the defensive — a realm he was just as familiar with as the unemployment line, helped propel Stillmatic to classic status and gave the Hip Hop community new slang that obviously hasn’t reached an expiration date. For fuck’s sake, even the producer, Ron Browz, would go on to enjoy a semi-successful career several years later, adopting the name “Ether Boy,” while cutting into T-Pain’s earnings with his Auto-Tuned club hits.

And the song is 15 years old. How are we supposed to push Hip Hop forward if we use our past highlights as a crutch instead of a measuring point? “SHETHER” is and will likely go down as an insurmountable miss.

Bomb Second: The shit that make your soul burn slow.

See, I’m well aware that there’s a certain sect of the population who want to see Hip Hop crossover acts snuffed out by all means necessary. So releasing a seven-minute eye gouge over a very familiar beat easily satiates their appetite for blood. I even saw a handful of reactions across the net that declared Nicki’s career was over. While that opinion shouldn’t be up for debate, the key line in “SHETHER” when Remy went for the career ender really jumped out on me, but what was being said between the lines is what barked the loudest.

“And I got a few words for the moms of the young Barbz/Guess who supports a child molester?/Nicki Minaj/You paid for your brother’s wedding? That’s hella foul/How you spending money to support a pedophile?”

Whether you feel like this topical turn was a low blow is an entirely different conversation, but all I want to know is how are the mothers who buy their little princesses Nicki Minaj Everything ever going to get wind of this track? Is it going to shake up her LiveNation or TV deals or future fragrance launches? It’s a freestyle on an old Nas beat. Even with the two million plus Soundcloud plays, has anyone spotted the embed on any of these vampiric sites that only prey on Hip Hop content when it’s convenient for traffic?

A #DXBreakdown released last August clearly stated how opponents have to play on the bigger artist’s home turf if they want to have a chance at winning. In this instance: Drake. Did he have more street cred or battle seasoning than Meek Mill? C’mon now. But he took the people to the club and his “Back to Back” diss song to the charts and that’s what we still remember.

How To Beat Drake In A Rap Beef

I’m also well aware that there’s a certain sect of the population who feel Remy is just getting warmed up and has more BX bombs to Baghdad. “SHETHER” has a lot of moving parts and I’m not sure what other route we could go that stings just as much as Minaj’s brother’s seemingly doomed fate, accusations of sleeping with stars (accusations that have begun to unravel just as fast as they were stated) and horrors of exploding ass shots? And should there be more follow-ups, we’re running the risk of overkill and exposing intentions of capitalizing off a bigger opponent’s fame. And we all know how that worked out for Joe Budden last year.

After all, it’s just a freestyle over an old Nas beat.