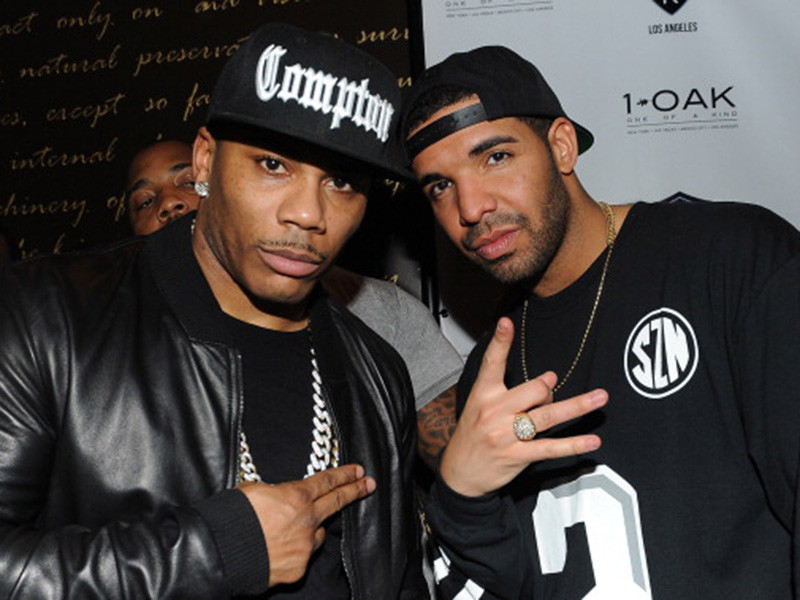 Nelly vs. Drake: By The Numbers

The Drake and Nelly comparisons make sense. Both bucked traditional notions of Hip Hop through more melodic rhyming, gained an enormous mainstream following and became top tier pop stars in their prime. But leave it to the Twitterverse, the conversation stems from the age-old generation gap debate.

Thank you internet for the biggest meta-debate in recent rap memory.

What’s abundantly clear is the haters Drake and Nelly have accumulated throughout their careers. Regardless, there are accomplishments on both sides, and HipHopDX is here to see how the numbers stack up.

As the more relevant artist in the social media age, obviously Drake has a major edge over Nelly on IG and Twitter followers, though Nelly probably had ICQ popping 15 years ago.

Both have been at the top of Billboard’s song charts. In Drake’s case, he’s gone to #1 twice with Rihanna (“What’s My Name” and “Work,” both from her albums), and once as lead artist for “One Dance.” Meanwhile, Nelly has been to the top four times — all as lead artist — for “Hot In Herre,” “Dilemma” (featuring Kelly Rowland), “Shake Ya Tailfeather” (featuring P. Diddy and Murphy Lee) and “Grillz” (featuring Paul Wall and Ali & Gipp).

Nelly has seven albums under his belt compared to Drake’s four albums and five mixtapes.

Drake’s musical output outpaces Nelly’s, and the number of his singles that have charted definitely reflect that. Still, for Nelly to have 35 charting singles in the pre-streaming days is an incredible feat.

Longest Consecutive Run At #1 On Billboard 200

Drake did 12 weeks in a row with VIEWS and then jumped back into the #1 spot after being knocked out. In its 37th week on the chart, the album is currently at #7.

Drake’s numbers obviously account more for both sales and streams. Nelly’s 21 million are mainly pure sales. Let’s not forget that Country Grammar is one of only Hip Hop albums to hit diamond status.

“Hotline Bling” was a cultural phenomenon that even had Donald Trump singing along. Nelly’s biggest hit single “Dilemma” has been around much longer and didn’t reach one-third the views of Drake’s classic video.

Drake overall has far more Grammy nominations than Nelly (35 to 12) but still has some catching up to do with the wins. Interestingly enough, the last nod the lead St. Lunatic received was in 2007 for “Grillz.”

Neither Drake nor Nelly are critical darlings to say the least. Nelly’s score doesn’t take into consideration reviews from his debut album Nellyville, which surely would have placed him a bit higher.