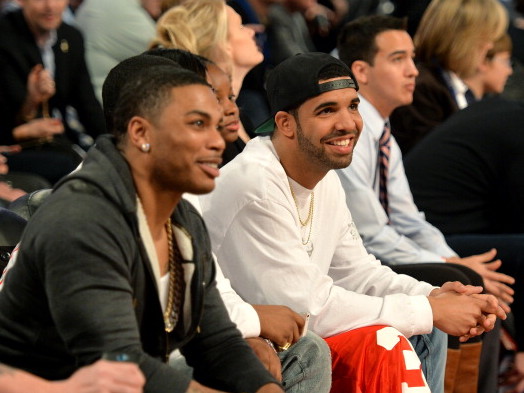 Fast forward 15 years: Nelly’s Country Grammar debut album is diamond certified and Drake is sitting comfortably on top of the rap game (and most of R&B as well) facing the same type of critiques.

For no good reason (which is generally a good reason when it comes to social media), Twitter users feverishly engaged in a Drake Vs. Nelly debate. The overarching argument got muddled between “bigger artist” and “better rapper” but there were still some very entertaining viewpoints shared nonetheless.

Take a look at some of the best ones below and give us your take in the comment section.

It’s really hard to argue that…

Nelly was poppin like crazy. In fact, I'm 1 of the few who believe he can still drop a hit. But Drake's dominance is never ending right now.

Drake just had the highest grossing rap tour ever and we really debating if at any point Nelly was hotter than he is?

The Internet has opened to floodgates to neverending popularity.

Nostalgia be lying to the people, yo. And these are the same people who HATED Nelly when he was poppin' lol https://t.co/0sKsn64PQ0

I hope those saying Nelly was bigger than Drake are trolling

Nelly is like the A.I. of music and Drake is Curry

Nelly was bigger than drake https://t.co/MjtM3SfKon

Drake wouldn’t have done anywhere near as well in Nelly’s era. It was a much different time.

Nelly > Drake. You smoking the purest rock cocaine if you disagree

lemme know when Drake shift the culture the way Nelly has. https://t.co/wsIblbyyDA

That’s a sound way to look at … an opinion.