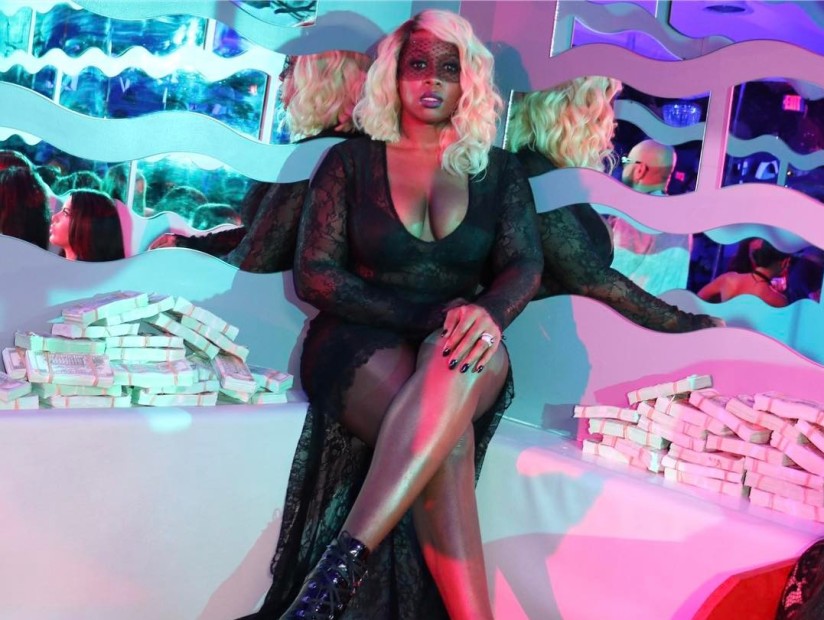 Get readyyyyy to rumble! Remy Ma has kicked off the weekend by lyrically obliterating Nicki Minaj with “SHETHER” over the instrumental to Nas’ 2001 Jay Z diss, “Ether.”

The new record came immediately after Nicki Minaj seemingly dissed Remy Ma on her latest song with Gucci Mane called “Make Love” where she compared the Bronx rap star to a Nokia phone, calls her jealous, a bum and a flop and questions her royalty in Hip Hop.

“You see, silly rabbit, to be the queen of rap, you gotta sell records, you gotta get plaques,” Nicki spit on the song. “S, plural like the S on my chest, Now sit your dumbass down. You got an F on your test.”

Nicki’s verse didn’t address Remy directly. However, when the Love & Hip Hop star was asked previously during an interview on Hot97 if there was any beef between her and the “Black Barbie” rapper she said no. She said if she were to beef with anyone, she would call them out by name.

Well, the BX bomber did just that with “SHETHER” and had an answer for all the shade Nicki spit out plus more for seven whole minutes.

First, she blasts Nicki for withholding sex from Meek Mill for three months because of issues with her ass shots.

And I saw Meek at All-Star; he told me your ass dropped
He couldn’t fuck you for three months, because your ass dropped
Now I don’t think y’all understand how bad her ass got
The implants that she had put in her ass popped!

Next, she hits Nicki with the ghostwriting claims.

Niggas done seen Drake penning, Wayne penning
And since your first boyfriend left, bitch ain’t winning
You a Internet troll, a Web browser, I’m sorry
You can’t get her online with out Safaree!

And stop talking numbers, you signed a 360 deal
Through Young Money through Cash Money through Republic
Which means your money go through five niggas before you touch it

After that, she lays it on super thick questioning why Nicki is funding her brother since he’s reportedly a pedophile.

And I got a few words for the moms of the young Barbz
Guess who supports a child molester? Nicki Minaj
You paid for your brother’s wedding? That’s hella foul
How you spend money to support a pedophile?
He a walking dead man, sending threats to him

She also responds to Nicki saying she’s not the true Queen of Rap.

Quite a bit of tea was spilled that was mostly unknown until Remy Ma unleashed “SHETHER” upon the internet. Remy Ma also exposed Nicki’s alleged sexual relationship with Hot 97’s Ebro Darden and Trey Songz and alleges that she has footage of her snorting cocaine. She even calls her out for beefing with Miley Cyrus!

Nick has since responded on Instagram as we all patiently wait for what the self-proclaimed queen of rap has in store as a response on wax.