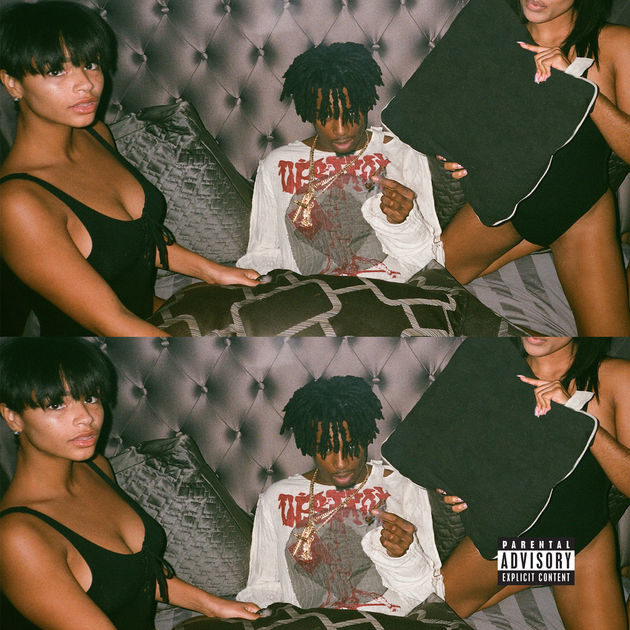 Back when “Broke Boi” first went viral, Playboi Carti was transitioning from Awful Records, the indie label led by fellow Atlanta native Father, to the more trendy A$AP Mob. In the two years since, he’s mingled with industry giants, distanced himself from old collaborators like MexikoDro, Dexter, and Ethreal, and formed a new relationship with Pi’erre Bourne, the underrated up-and-comer responsible for a majority of Young Nudy’s Slimeball series. During this transition phase, for all intents and purposes, Carti has been locked in a Hyperbolic Time Chamber, training for his moment on the world stage.

This self-titled debut draws from the textured world building found on last year’s “What,” but maintains the same ear for unique beats found on deep cuts like 2012’s “$teez.” From the jazzy beat switch on the Harry Fraud intro to the growls echoing throughout Pi’erre’s “Lame N****z,” this project almost plays like a glorified beat tape at times. Whenever you hear that door creak open, signifying a Pi’erre Bourne beat, it feels as if we’re taking a peek into Pandora’s box, ill-prepared for the blissful flute raps within. “Lame N****z,” “Dothatshit!,” “Yah Mean,” “Wokeuplikethis*” — a majority of the project’s highlights are a product of this fledgling duo. On this tape, more than ever, Pierre’s tag — “Yo Pierre, you wanna come out here?” — just feels like it’s the coolest shit since “Metro Boomin want some more.” However, even when not in Pierre’s reliable hands, the beats are carefully curated. In fact, they seem damn near sentient, switching up if the rapping ever gets dull. On the J. Cash & Juiceee-produced “Flex,” the beat crumbles under Carti’s threats to rob college kids, before reassembling itself with a brand new bounce, only to finally break away for Leven Kali’s refreshingly understated feature.

It’s hard to deny Carti’s knack for catchy songwriting when presented with jingles like the Hit-Boy-produced “Other S**t” (“the clip it came with a clip,” he teases, “my bitch she came with a bitch”). Still, it doesn’t shroud the fact that this is an album where the ad-libs shamelessly overshadow the main rhymes (see: “GLOOOOCKKKYYYYYYY”), or where a particularly cheerful beat will make you forget a whole damn verse. There’s not much range here, just an excess of swag, but it’s worth a listen solely for the moments where Carti seems to accidentally stumble upon a wild flow (“Dothatshit!”), or an irresistible infection (“Half & Half”). “Magnolia” recalls the sharp delivery found on older songs like “Ohh” and manages to successfully up the ante with its hypnotic beat and ritualistic chanting. The rapping is economical and verses are built to inconspicuously infiltrate your mind. After a while, him just listing shit on “No. 9” is as likely to get stuck in your head as any other, more traditionally impressive 16 from this year.

Carti is the kind of artist where if we sent him all two-plus hours of the Ocarina of Time OST, he’d send us back one of the most discussed debuts of his generation. It’s about the aesthetic, first and foremost which sadly mask the traditional narrative elements to be found. “Yah Mean” sees him eulogizing South Atlanta legend, Keith Troup, while the superior of the two Lil Uzi Vert collabs sees him rapping, “I’m in Bompton with Pirus and I don’t even bang.” He describes a life of association to blissful ignorance, which is equal parts dangerous and colorful; comprised of beautiful models, handfuls of “oxycontin, xans, molly,” tucked 9mm handguns and snippy “WHAT” ad-libs. On a cocktail of drugs, Carti hallucinates his own reality. At one point, he basically laughs, “I’m on some other shit, takin’ my time and shit,” in reference to his own music. While this aloof approach to the industry may have worked thus far, he’ll need to further develop his songwriting in order to maintain this allure alongside his more successful contemporaries.