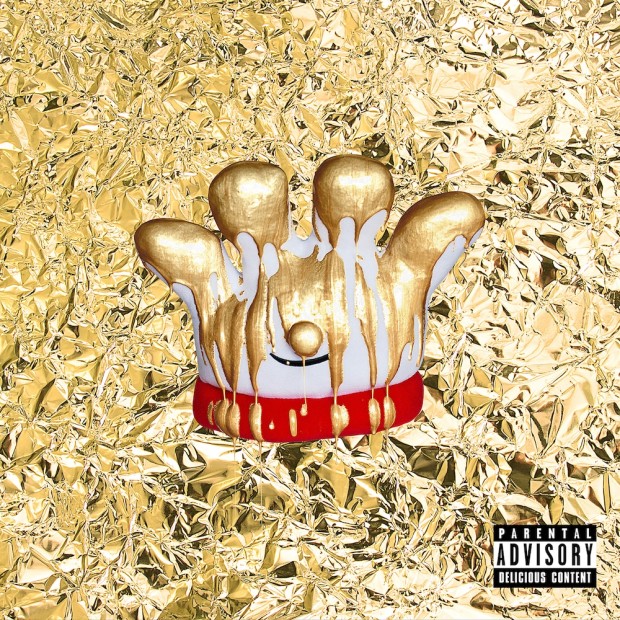 Around the late 90s, Jack in the Box was still recovering from the bad publicity it encountered once an E.Coli outbreak left hundreds infected and more than a few dead. Besides some much-needed quality control measures and the now notable “Corporate Jack” mascot, their promotional campaigns featured parodies of popular trends in pop music. This is  The Spicy Crispy Girls and Meaty Cheese Boys we’re talking about. Poking fun at the boyband and girl group explosion of the era were self-aware attempts to keep the attention on the food product. Billboard Award appearances alongside actual music projects blurred the line between advertising and actual art. However, no one saw the actual music standing next to the real acts they were parodying  like a pre-N.W.A Priority Records after The California Raisins covered The Temptation’s “I Heard it Through the Grapevine.” Fast forward a decade and some change later, Hamburger Helper drops a mixtape on Soundcloud April Fools day. Humorously named Watch the Stove after Jay Z and Kanye West’s Watch the Throne album, it successfully parodies common Hip Hop tropes and stands up against some of this year’s best mixtapes while being overwhelmingly family friendly.

The marketing team at Hamburger Helper did an inspired job by recruiting local artists from around its Minneapolis headquarters instead of looking toward white collar music advisor lacking perspective on Hip Hop’s current appeal. Watch the Stove opener “Feed the Streets” comically starts with current Trap mixtape standards including the sound of a stove pilot being lit that wouldn’t feel too out of place on a Gucci Mane mixtape outside the commonplace ideology artists have in regards to track title itself. Producers DEQEXATRON X000, Bobby Raps & DJ Tiiiiiiiiiiip totally understand what makes the controversial rap subgenre of Trap so appealing. There’s a moment where one has to chuckle at lines like “Water whippin and I’m stirring, yall want beef and I’mma serve it” and “I’m serving that stroganoff.” Even the “Migos” triplett flow doesn’t feel forced in the song’s context.

Retro Spectro produces the following “Hamburger Helper” track featuring a more slowed down instrumental that continues the Midwest take on Atlanta sonics. This time, featuring a Future like sing-song hook that’ll probably make its way to an eventual commercial for the brand. One Watch the Stove moment that feels out of place is the cringeworthy “Crazy” that’s features weird Young Thug melodies and Little Richard inspired howls. “Closing track “In Love with the Glove,” is good enough to invoke wishful thoughts of Drake hoping on the remix. There’s even a “I don’t want no beef, unless it’s with cheese” line. Rap purists disgusted by the more radio centered tracks can look to Watch the Stove’s most surprising track “Food for Your Soul.” The most “non-commercial” in both literal and figurative notions, it’s a good indicator that the marketing folks at Hamburger Helper, probably listen to just as much Kendrick Lamar or A Tribe Called Quest as Southern rap mainstays.

Watch the Stove isn’t going to go down in history as the top ten greatest rap album. It won’t even be the 100th. But, that’s not the point, it’s an attention getter from a brand totally removed from the culture. Just so happens that the music is unexpectedly enjoyable.