On Wednesday (March 12), Kanye West and Jay Z are scheduled to perform at Samsung’s SXSW showcase in Austin, Texas as a duo for the first time since their 2012 Watch The Throne Tour, according to Billboard.

The location of the venue for this performance has not been announced. Users who show proof that they’ve downloaded Milk Music, a radio service, on their Samsung Galaxy phones are set to eligible to receive the first wristbands for this event. The wristbands can be obtained at the Galaxy Experience pop-up shop at 2nd Street and Trinity Street starting today (March 11).

Jay Z partnered with Samsung in 2013 for the release of his Magna Carta…Holy Grail project. This Samsung partnership was recently mentioned in Billboard’s report titled “Top 40 Money Makers 2014: The Rich List,” a list that features Jay Z, Kanye West, Lil Wayne and Eminem, among others.

“Jay Z, 44, sparked both excitement and controversy when he aligned with Samsung to release Magna Carta … Holy Grail,” Billboard said of Jay in the Money Makers list. “That unprecedented promotion didn’t hurt sales of the album. It entered the Billboard 200 at No. 1, selling 528,000 copies out of the gate and giving the rapper his best sales week since 2006’s Kingdom Come. Racking up robust digital song (7.3 million) and digital album sales (861,000), Jay Z also hit the road twice: first with Justin Timberlake, then as a headliner on his own Magna Carter World Tour. The former, which ranked 15th on Billboard’s top 25 tours of 2013, grossed $69.8 million. Jay Z’s 2013 U.S. concert take stands at $10.8 million.”

UPDATE: HipHopDX has obtained an alleged setlist for the Jay Z & Kanye West concert at SXSW. The setlist features “Tom Ford,” “Jesus Walks” and “Otis,” among other selections. An image of the setlist is below. 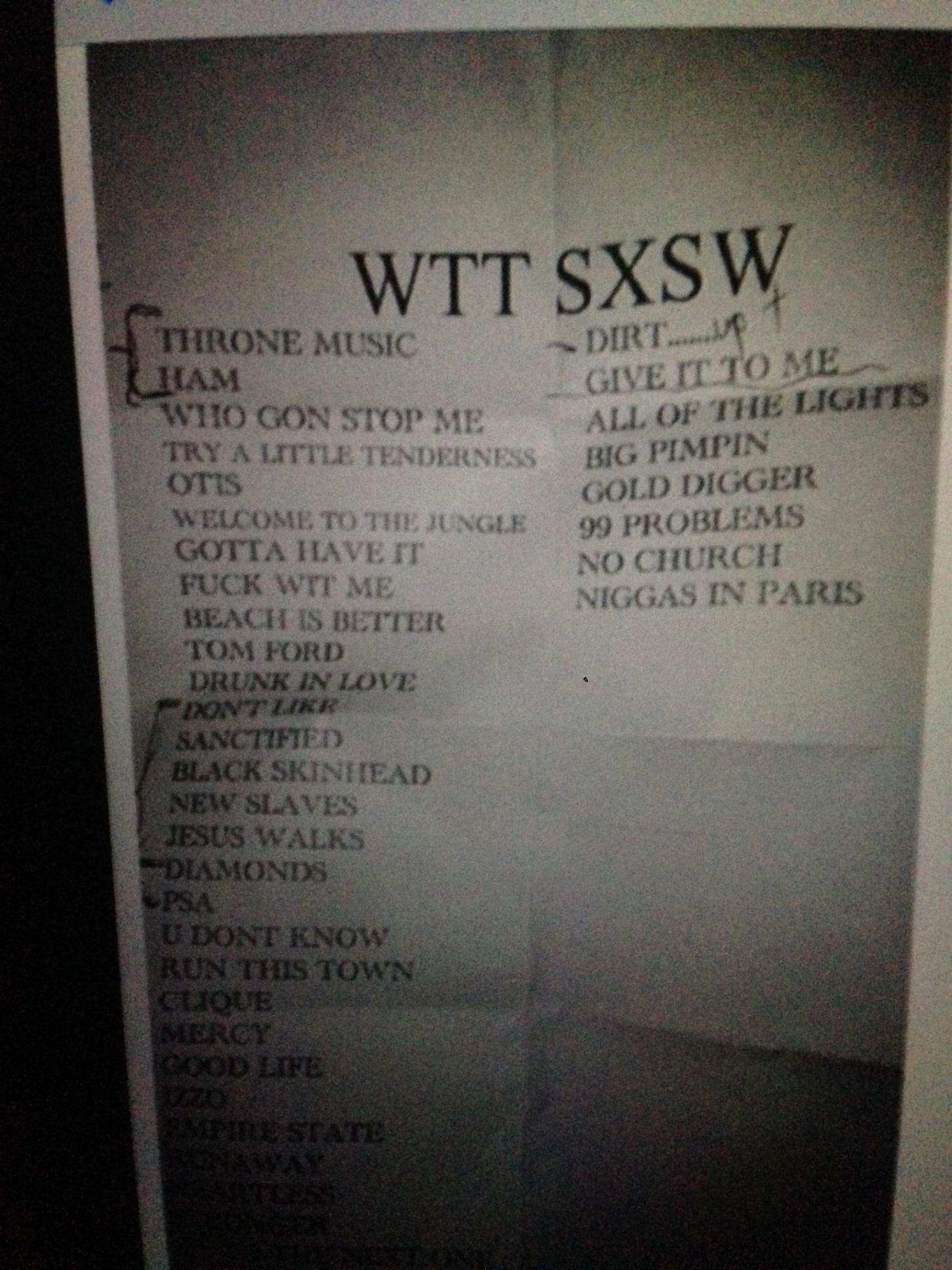