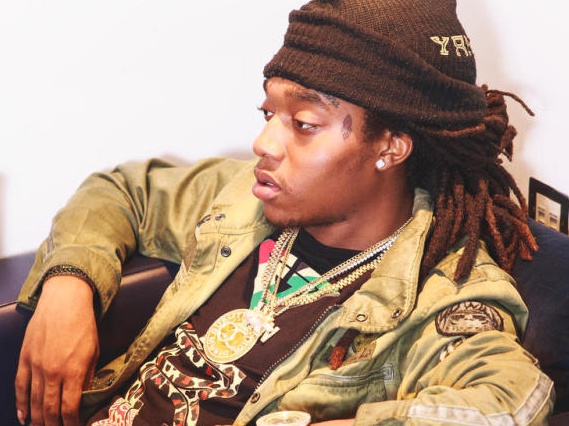 Migos rapper Takeoff speaks on being hounded by police.

In the wake of Offset’s arrest earlier this month, which was proven to be a mistake, fellow Migos member Takeoff was recently questioned about the incident by TMZ. He shared his belief that those in the group have been targeted by authorities, and asked that they “just leave us alone.”

Takeoff went on to explain that he feels the group is constantly messed with, giving them no room to breathe.

“He was only in there for like 30 minutes to an hour,” Takeoff said while speaking on Offset’s time locked up. “So, I’m pretty sure he don’t want that time back no way. But they always messing with us. They don’t give us not room to breathe. Y’all see it y’all self…We just here to do our job, man…Just leave us alone.”

Takeoff later revealed that there were attempts to shut down the group’s show in Panama City Beach, last week.

“We had an article in the newspaper about–We had a show in Panama City Beach,” he said. “They tried to shut it down because–I mean, I guess the history of whatever we do. But, you know, our shows are shows. We selling ’em out, so they can’t stop it.”

Video of Takeoff speaking on Migos being targeted by police, can be found below.