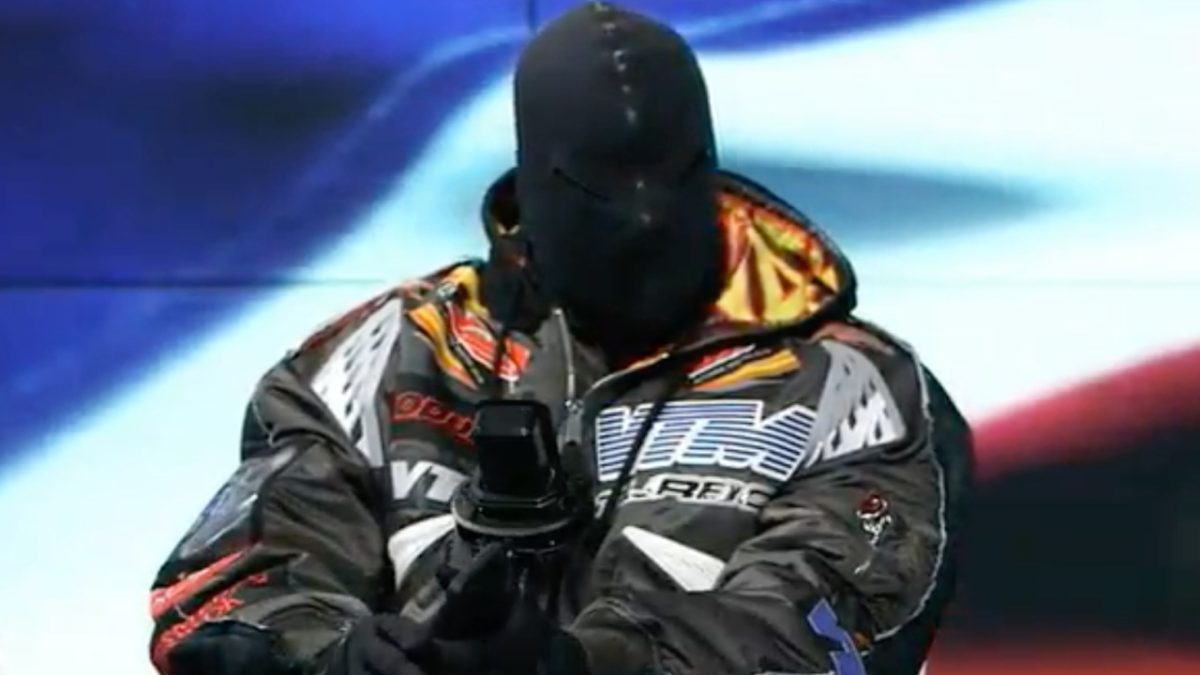 Kanye West knows no bounds and has shown some love to Hitler, thanking the anti-Semitic mass murderer for creating microphones and “highways.”

Far-right fringe conspiracy theorist Alex Jones, who earlier this month was ordered to pay hundreds of millions of dollars in connection with promoting false claims about the Sandy Hook mass shooting, had Ye on his Infowars podcast alongside controversial white supremacist Nick Fuentes, who has been spotted alongside the Donda hitmaker for weeks.

Jones asked Kanye to elaborate on his recent string of anti-Semitic claims, and how those claims inaccurately painted Kanye as a Nazi. “You’re not Hitler, you’re not a Nazi, you don’t deserve to be called that and demonized,” Jones said.

This also might not be the first time Ye praised the Nazi leader. Media personality Van Lathan claimed on his Higher Learning podcast in October that during Ye’s infamous TMZ rant in 2018, where the rap mogul said slavery was a “choice,” he also professed love for Adolf Hitler and the Nazis.

Lathan worked at TMZ until 2019 and revealed he brought up the Holocaust while pushing back on Kanye to demonstrate Ye’s ignorance in regard to his slavery comments. In response, Ye allegedly said he “loved Hitler and the Nazis.”

“I’ve already heard him say that stuff before,” Van Lathan said. “I mean, I was taken aback because that type of anti-Semitic talk is disgusting. But as far as him, I knew that that was in him because when he came to TMZ, he said that stuff and they took it out of the interview.

“If you look at what I said at TMZ, it goes from me saying like, ‘Hey Kanye, there’s real-life, real-world implication to everything that you just said there.’ What I say after that — if I can remember, it’s been a long time — was, ’12 million people actually died because of Nazism and Hitler and all of that stuff,’ and then I move on to talk about what he said about slavery.”

He continued: “The reason they took it out is because it wouldn’t have made sense unless they kept in Kanye saying he loved Hitler and the Nazis, which he said when he was at TMZ. He said something like, ‘I love Hitler, I love Nazis.’ Something to that effect.”

The Yeezy mogul made a series of disparaging comments targeting Jewish people, George Floyd earlier this year, and while Ye apologized for his “hurtful” comments in an October sit-down with Piers Morgan, he’s since continued to attack Jewish people.

Ye most recently appeared on Tim Pool’s Timcast IRL podcast on Monday (November 28) alongside Holocaust denier Nick Fuentes and white supremacist Milo Yiannopoulos — who are both working on his 2024 presidential campaign — and Ye abruptly walked out of the interview when Pool lightly defended Jewish people.

Tim Pool continued following Ye’s departure: “Are you leaving? He’s done. I’ll say it right now: You guys want to bring that stuff up, and then think we’re not gonna have a conversation?”

He then mimicked Kanye’s reaction to the conversation: “‘I’m not gonna do that, I refuse.’”