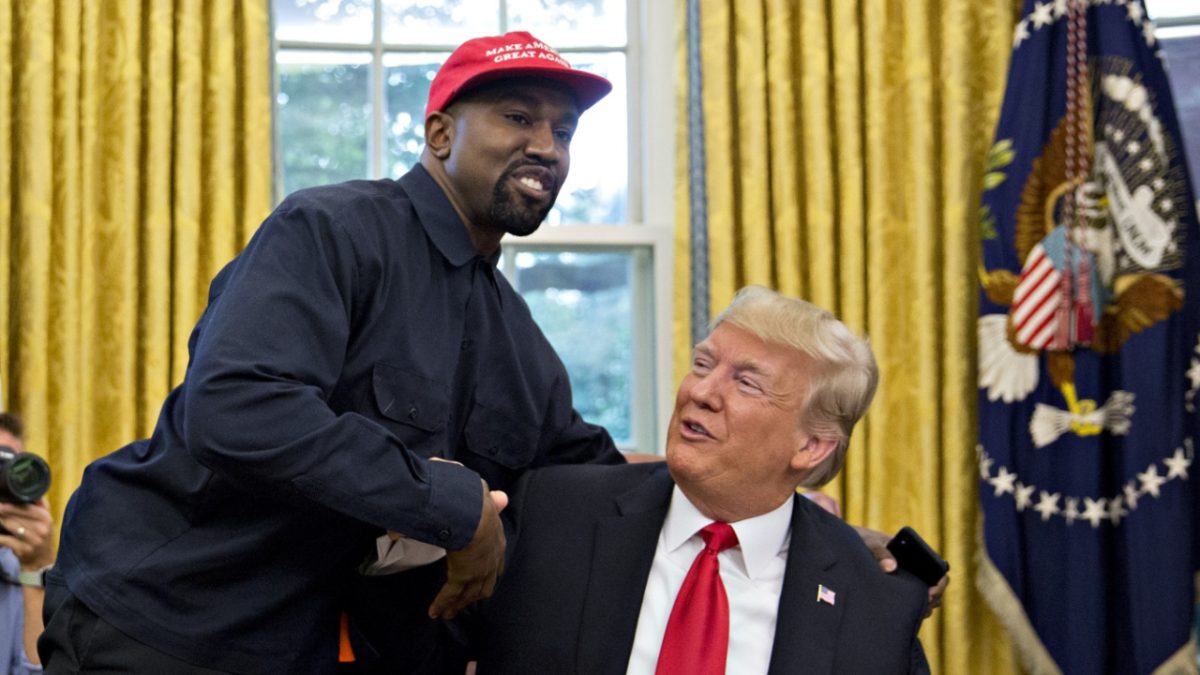 Kanye West has long had a fascination with Donald Trump, and Ye revealed that he even asked the former president to be his running mate in the 2024 election.

In a tweet posted to his since-restored Twitter account on Tuesday (November 22), the Chicago rap icon revealed he’d visited Trump at his infamous Mar-a-Lago resort in Palm Beach, Florida, where he spoke with the former Republican leader about potentially running for office together.

Kanye didn’t give away Trump’s answer, but he did leave a poll allowing his followers to cast their vote on what they think he said (“That’s very Ye” or “That’s very Nay” are the two options). It’s safe to assume Trump replied with the latter considering he announced a separate 2024 presidential bid last week.

“First time at Mar-a-Lago[.] Rain and traffic[.] Can’t believe I kept President Trump waiting[.] And I had on jeans Yikes,” Ye wrote. “What you guys think his response was when I asked him to be my running mate in 2024?”

And I had on jeans Yikes

What you guys think his response was when I asked him to be my running mate in 2024?

Kanye West confirmed over the weekend he will be running for president in 2024, and has hired controversial alt-right figure Milo Yiannopoulos to work on his campaign. Yeezy also revealed plans to release a new “Ye 24” clothing line, with each item being sold for a modest $20.

During an interview with Fox News last month, Ye explained the backlash over his support for Donald Trump encouraged him to speak his mind even more freely.

“I think I started to feel this need to really express myself when Trump was running for office and every person in Hollywood from my ex-wife to my mother-in-law to my manager at that time to my so-called friends/handlers around me told me that if I said that I liked Trump my career would be over,” he stated.

Kanye West previously ran for president in 2020, although he conceded in November of that year after garnering roughly 70,000 votes across 12 states.

“That time wasn’t in God’s time,” Ye told ABC’s Linsey Davis in an interview earlier this year, while adding that religion will again be a heavy focus of his campaign in 2024.