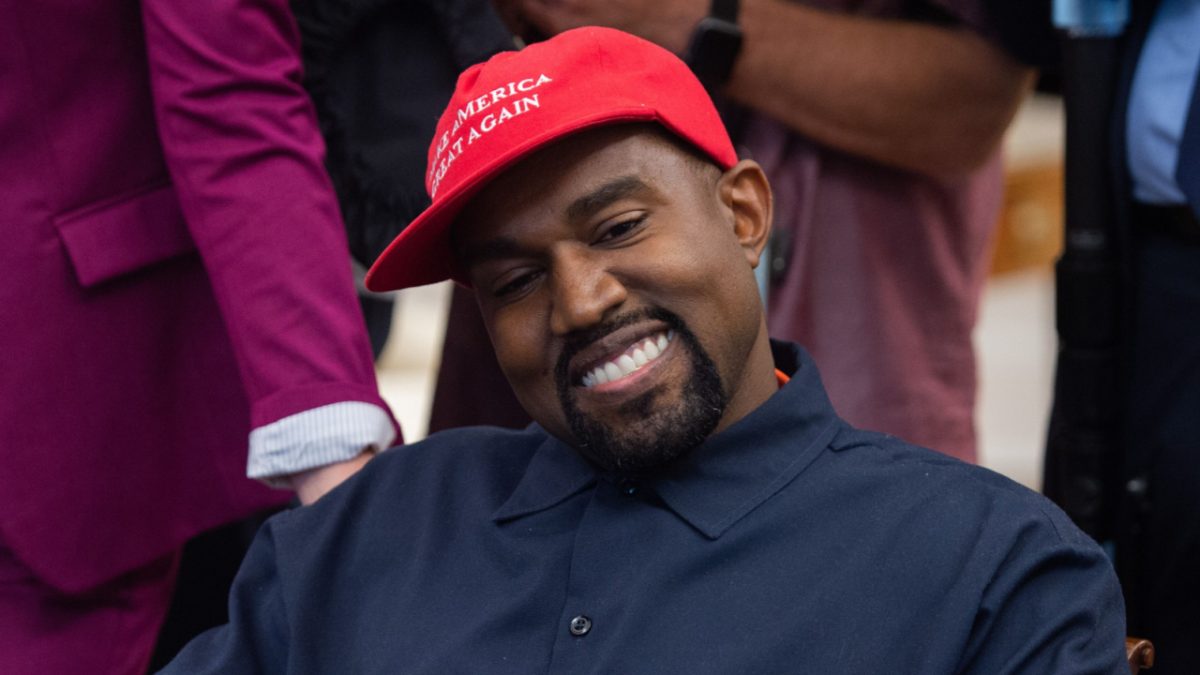 Kanye West has announced another presidential run for 2024 and has kickstarted his campaign with an exclusive and affordable clothing line.

In a new video filmed by celebrity gossip site X17, Ye invites the cameraman into his design studio, where he’s joined by alt-right political commentator Milo Yiannopoulos. As Ye introduces Yiannopoulos, who recently interned under controversial Republican Congresswoman Marjorie Taylor Greene, the Yeezy mogul confirms that Yiannopoulos will be “working on the campaign.”

The pair then wander inside Ye’s offices, where he shows off a plethora of “Ye 24” merch, including hoodies and sweatpants, which he says will all cost a mere $20.

He continued: “This is the update. We are the update. That’s all we need to do. As a species, we need to update together. Everything’s been so divisive. Think about when they say ‘diversity’ — people look at that like it’s a good thing, but we’re the United States of America. We’re a universe. We’re a university. We’re a republic.”

Kanye West previously ran for president in 2020, although he conceded in November of that year after garnering roughly 70,000 votes across 12 states.

“That time wasn’t in God’s time,” Ye told ABC’s Linsey Davis in an interview earlier this year, where he said religion will again be a heavy focus of his campaign in 2024.

“When you remove the love and fear of God, you open up the love and fear of everything else,” he said. “And it’s easier to have sheep when people don’t have God. It’s easier to control the people if people are not controlled by God. Because then they can be controlled by how many likes they have or whatever’s happening on their TikTok or how much money or the perception that people have.

“But we only have one audience here and that audience is God. And He’s watching us at all times. He’s got my back.”

The presidential announcement comes after a contentious few weeks for the Yeezy mogul as he’s continued to make disparaging comments about Jewish people, George Floyd and white supremacy on Fox News, Drink Champs and other outlets.

adidas, Balenciaga, Chase Bank and even Def Jam have all since cut ties with the Chicago star, and even Goodwill said it will no longer be accepting any of Ye’s products. Most recently, the company behind the Stem Player used to release Donda 2 has also terminated their relationship with Ye, telling the Los Angeles Times they’ve already released new “Ye-free” devices.

Ye also announced his return to Twitter on Sunday (November 20) after his account had been banned following an anti-semitic tweet. He made his return by tweeting the Jewish greeting “Shalom.”