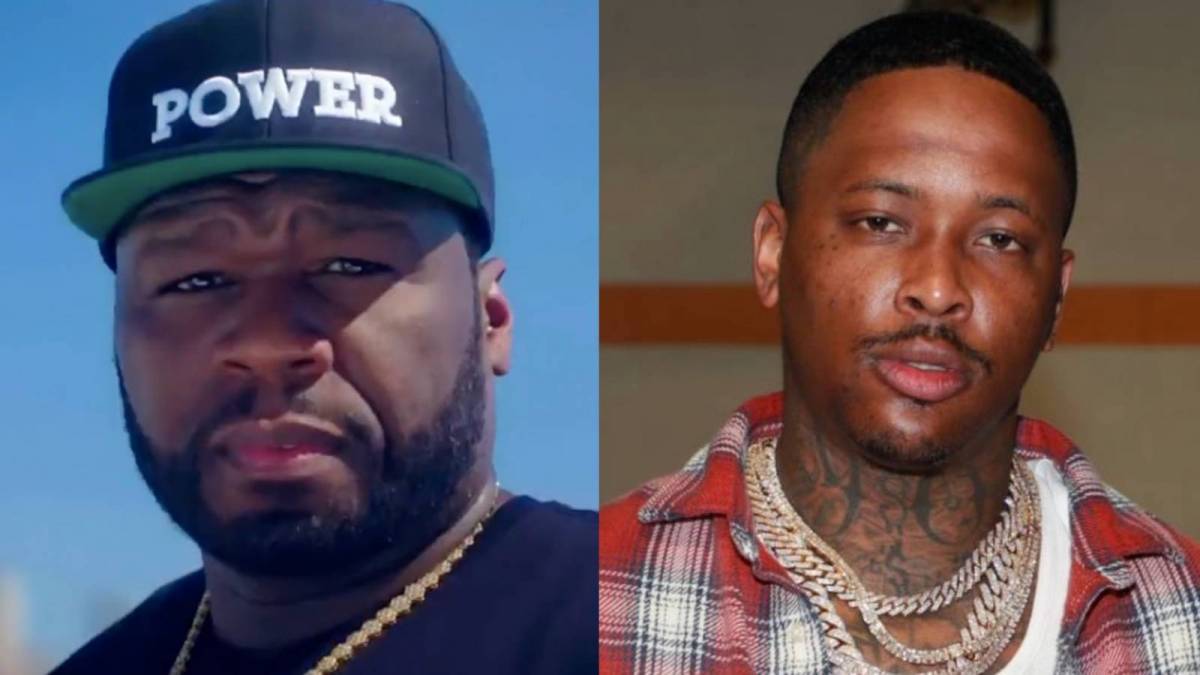 50 Cent is known for being behind some of Hip Hop’s biggest hits, but none are as notorious as his underground 1999 classic “How To Rob,” which has just been reworked by YG.

Released on Friday (October 30), YG’s sixth studio album, I Got Issues, features the track “How To Rob A Rapper,” which hears the Compton MC flip Fif’s controversial debut single — but without naming names.

“Peep game, I’ma teach you how to rob a rapper/ Catch a n-gga lackin’, he slackin’ on IG Live/ He gon’ show his whereabouts on accident, he be high/ He gon’ show the jewels he wearin’ and the car that he drive,” he raps on the Mozzy and D3SZN-assisted track.

50 caught wind of the track and saluted YG by posting a screenshot from the song’s video to his Instagram. “Yeah [eyes emoji] this shit hard,” the Queens legend captioned the post. “@Yg ‘How To Rob’ Check this shit out. Boom.”

YG replied to the praise, writing in the comments section: “[Huff emojis] had to flip yo shitt gang.”

50 Cent reacts to YG flipping his classic anthem "How To Rob"https://t.co/FoC4kxW3kg pic.twitter.com/T6wrPlTuvL

50 Cent’s version of “How To Rob” was supposed to be the lead single for his debut album Power of the Dollar. However, after the G-Unit mogul was famously shot nine times, the album was shelved and never saw the light of day.

The track wound up being put on the soundtrack for In Too Deep, the 1999 drama starring LL COOL J and Omar Epps. It also appears as the final track on the Madd Rapper’s debut album, Tell ‘Em Why U Madd.

Although YG’s”How To Rob A Rapper” has received props from 50, it’s faced backlash elsewhere as some have deemed it insensitive following the recent murder of PnB Rock.

Arriving just weeks after the Philadelphia rapper was fatally shot during a robbery in Los Angeles, it delivers a step-by-step guide on how to stick up a Hip Hop artist.

“In light of PnB Rock being robbed and murdered in LA, YG dropping a song called ‘How to Rob a Rapper’ is a lil too much,” one person tweeted, while another added: “I ain’t saying YG dissing Pnb Rock with his new song but the timing is terrible.”

Someone else suggested the 4Hunnid rapper should remove the song from his album altogether, writing: “We live in an age where songs can be removed from albums in real time. YG’s ‘How To Rob A Rapper’ should have been taken off considering PNB Rock.”

YG is no stranger to detailing the dangers of street life in his music. On his 2016 Still Brazy song “Don’t Come to LA,” he issued a warning to his fellow artists about how to conduct themselves in the city where Nipsey Hussle and Pop Smoke, among others, have met their untimely demise in recent years.

“I don’t give a fuck who you n-ggas paying/ Who name you saying, you ain’t good around here/ ‘Cause y’all n-ggas fucking up the rep/ Y’all playing with the set, it’s really war around here,” he raps, before adding: “So when y’all n-ggas hop off your jet/ You better tuck what’s on your neck and get the fuck from ’round here.”