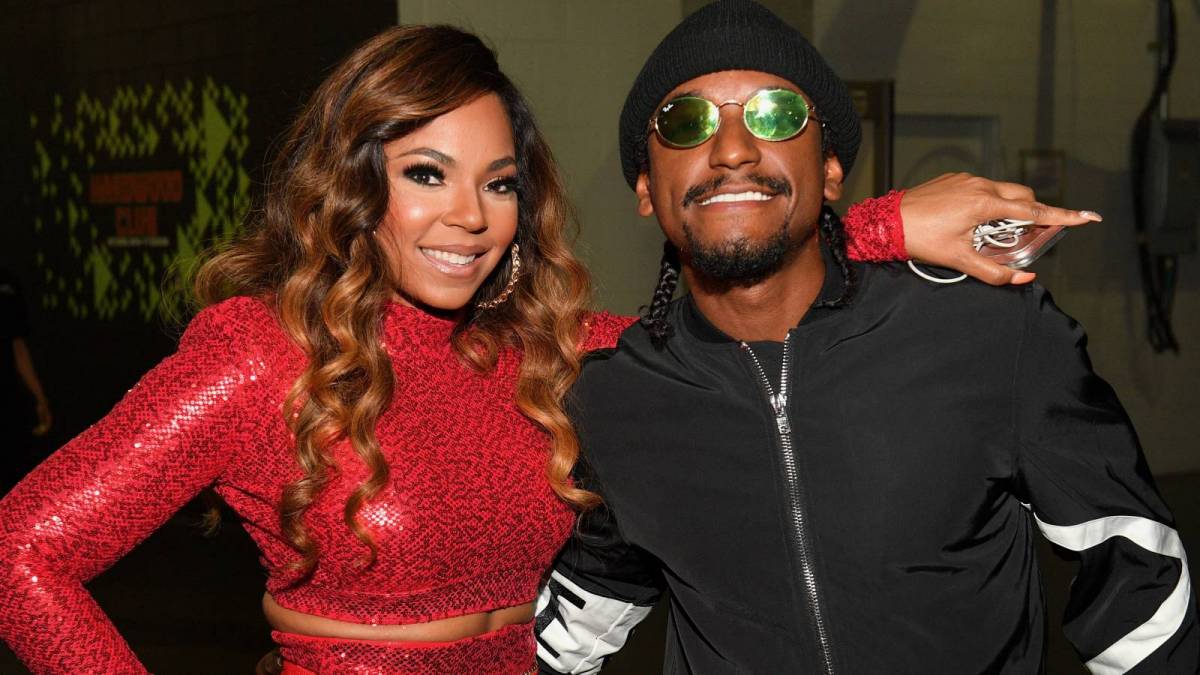 Lloyd: 'You Can't Have A Murder Inc. Reunion Tour Without Ashanti'

EXCLUSIVE – Lloyd has spoken to HipHopDX about whether there could ever be a Murder Inc. reunion tour following the renewed popularity of his former label.

Founded in 1998 by Irv Gotti and his brother Chris, Murder Inc. — which helped propel the careers of Ja Rule, Ashanti and Lloyd — is currently a hot topic of discussion thanks to the newly released BET docu-series, The Murder Inc. Story.

Over the past few weeks while on a promotional run for the new series, Gotti ignited controversy after airing out an alleged relationship he had with Ashanti.

During an appearance on Drink Champs, Gotti claimed Ashanti’s 2002 single “Happy” was written right after the pair had finished having sex. While Ashanti didn’t directly address Gotti’s comments, she did hop on Twitter the following day and asked for “positive vibes and energy.” Irv has since vowed to stop talking about Ashanti.

Speaking to HipHopDX backstage at his headline Titan Festival show in London, Lloyd highlighted the importance of Ashanti to Murder Inc. and how it’s unlikely the label could do a reunion tour without her involvement.

“I don’t think you can have a Murder Inc. reunion tour without Ashanti,” Lloyd said. “And I don’t think Ashanti and Irv are seeing eye to eye in any capacity right now; so that’s probably far fetched.”

While a reunion tour might not be on the cards, one thing that could happen in the near future is a collaboration between Lloyd and his former labelmate Ja Rule. “I talk to Ja all the time about us recording new music,” Lloyd said. “I think he’s now back in his bag and feeling creative, which he hasn’t been for a few years since being released after his incarceration.”

He added: “I sent him music when he first got out — the first week — just to show him, ‘Hey, you know, I’m right here when you’re ready.’ We actually talked the other day and he says he’s ready.”

Asked about his thoughts on the The Murder Inc. Story, Lloyd said he hadn’t watched it yet due to being busy on the road, both on his own and as part of the Millennium Tour with Omarion, Bow Wow, Pretty Ricky, Soulja Boy, Sammie, Ying Yang Twins and more.

“When it first aired I was [in Europe] on tour, and then when I got back I was just running around crazy,” Lloyd explained, before revealing his plans to watch it. “I prefer to wait until it’s all done and then I can just binge them all.”

The Atlanta-raised singer joined Murder Inc. in 2004 after the label changed its name to The Inc. This rebranding came following a series of controversies which included Irv and Chris being charged and acquitted of money laundering in their now infamous federal case.

Lloyd’s first album for The Inc. was his 2004 debut Southside, which he followed up with two more: 2007’s Street Love — his most successful to date, featuring the tracks “You” and “Get it Shawty” — and 2008’s Lessons in Love.

His last album was 2018’s Tru, released via his own Young Goldie Music imprint and Empire Distribution. It’s been four years since that project but Lloyd has revealed to HipHopDX that fans won’t have to wait too long for his next record.

“I’ve been sitting on an album now for the past — almost two years,” Lloyd said. “I’ve just been tweaking it for the past six months, religiously. I have maybe one or two, possibly three dream collaborations that I’m trying to put together, but other than that, it’s done.”

Asked about the dream collaborations, Lloyd said he didn’t want to disclose who they are for fear of “jinxing” himself. Instead, he revealed two of the artists who already appear on the album.

“So far the only person that’s produced a track other than myself is Big K.R.I.T., and he’s also featured on a song we did called ‘Roses,’ which is all about giving people their flowers while they’re above the ground,” he said.

“I also feature a good friend of mine named Blanco Brown who is killing country music right now. We have a song called ‘Ghetto Children’ which also features a 20-piece kids choir that I recorded; I produced the track.”

As for the forthcoming album’s title, Lloyd hasn’t decided yet. “I’m in and out of titles, which is also one of the reasons why I’m not ready yet,” he explained. “I can promise this, though: I put my heart and soul into this album, truly and honestly.”

While there’s no concrete release date for Lloyd’s sixth studio LP, he hopes it’ll arrive sometime in the next couple of months. “I’m trying to get it out before the [next leg of the] Millennium Tour starts, which is in October,” he said. “So the idea is hopefully within the next two months.”

Check back with HipHopDX later in the week for Part II of the Lloyd interview.