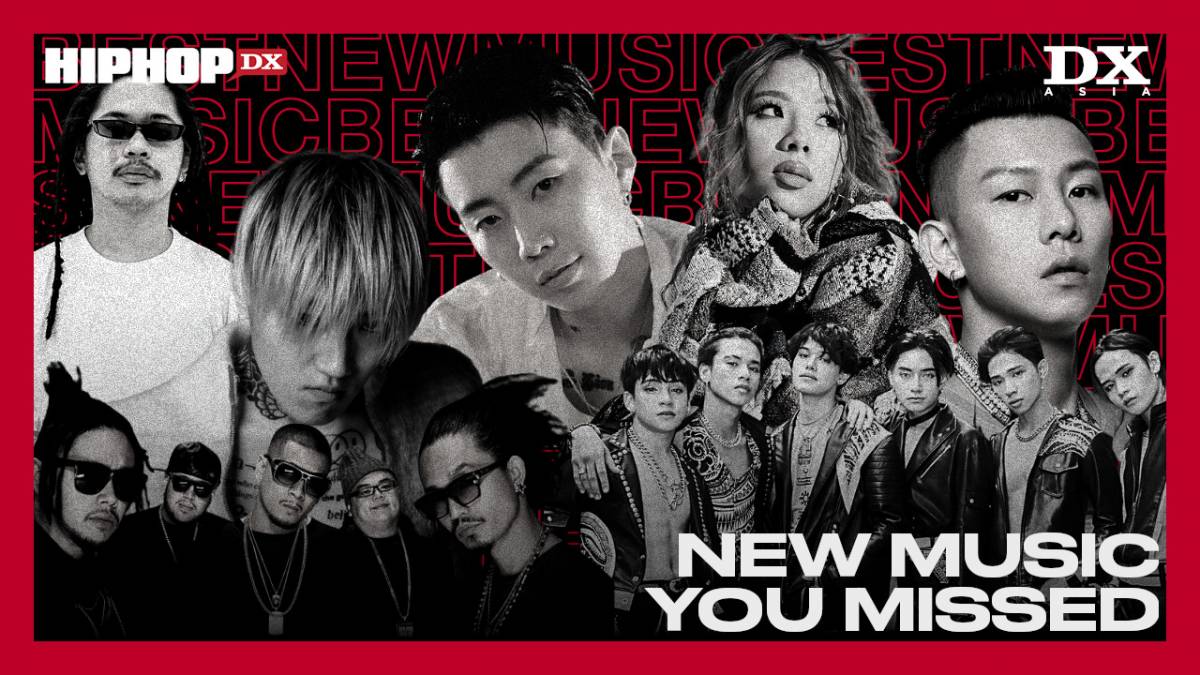 The second half of July has already seen a number of hip-hop and R&B talents from Asia. HipHopDX Asia has been keeping track of the top releases every month this year, and our most recent compilation features a well-balanced selection of noteworthy songs from Southeast and East Asia.

This week, we also posted the most recent installment of our ongoing primer series on hip-hop and R&B artists to pay attention to in various markets, with Taiwan serving as the most recent example. Taiwan is home to artists like Soft Lipa, E.SO (who is featured on this list), ØZI, J.Sheon, and more.

This week, we also released a playlist created by Thai hip hop blog and community insider HIP HOP CULTURE TH on the rising trend of local rappers who favor SoundCloud over other streaming services when releasing new music.

Here is our most recent compilation of new music from various artists, some of which are from albums that will be released in the near future. Here are some recent hip-hop and R&B songs by Asian musicians that you might have missed:

On July 12, Korean-American artist Jay Park released his newest single “Need To Know” under his new label, MORE VISION. In the accompanying music video, he takes a girl on a date that quickly turns into a futuristic comic book fantasy.

The pair dance to the lyrics that wonder if she likes him as he does. The single is released four months after his chart-topping song “Ganadara,” which features IU. “Need To Know” was produced by his longtime collaborator Cha Cha Malone, who he also worked with in previous songs such as “Solo” and “All I Wanna Do.”

Different couples talk about their relationship in the accompanying short film of thuy’s new song, “trust” ft. RINI, which premiered last July 7. The film, directed by Edgar Daniel, puts the couples for a photoshoot in a studio, where they end up describing the highs and lows of their relationship.

In the video’s caption, the Vietnamese-American artist talks about the song’s theme and title, “Trust is something [you] build with another person. [You] spend time growing and learning [from] each other, and somewhere along the way the goal is to become two pieces of a greater whole. Through the journey of love and relationship building, [you] find pieces of [yourself] in others and the commonalities [you] share.

She went on, “Trust” is about finding yourself in another person. It’s about knowing their flaws, and helping them work through them with love because they are helping you do the same.” The song follows the 2021 release of the deluxe version of her EP, i hope you see this.

Japanese rapper LEX released his new single “HAVE A NICE DAY” last July 6. The song features aggressive trap beats that complement the confrontational tone of the lyrics. Additionally, the song was a popular performance at the Pop Yours and Kobe Mellow Cruise 2022 music festivals. The single follows LEX’s release of “Rich Woman, Poor Me” last April 28.

On July 7, Filipino rapper Omar Harry Manzano, popularly known as Omar Baliw, released his latest song “PSA”, which stands for “Para Sa Akin” (For me). The inspirational track talks about working hard to achieve his goals.

Omar Baliw also raps about being thankful but not selfish through the lyrics “Kukuhain lang yung para sakin / hindi na para yung iba wasakin / salamat ‘di talaga akalain / na darating din at pagpapalain” (I will only get what is mine / with no intention of hurting others / I am thankful that I’ve been blessed to have reached this far).

Last June 30, Taiwanese rapper E.SO premiered the music video for his song “Bloodline ft. HowZ”, where he acknowledged his ancestors and how they are sure to be proud of who he is now. The song is part of his 12-track album Earthbound, released last February 16. The album is described as a combination of tracks that show the complications of human society contrasted with the beauty of creation.

THAITANIUM dropped their surprise new single “F.Thaitay”, also stylized as “Fuck Thaitay” last June 30. The Thai-American hip hop group said that the song contains a sample of “For Linda With Love” by The Broadway Moondust String Orchestra, as well as “Swan Lake Suite, Op. 20a” by Pyotr Tchaikovsky.

The song was written by their members Daboyway, Khan, SDthaitay, and Big Calo, and produced by KH and BossaOnTheBeat. In the song, the pioneer hip hop group diss themselves as a response to their haters. F.Thaitay is the group’s second single of 2022, which follows their controversial comeback track “Por Mueng” released in May.

To kick off the launch of their mini album set to come out later this year, Filipino P-pop group Alamat released their new single “Say U Love Me” last July 7. The accompanying music video is directed by veteran filmmaker Jason Paul Laxamana and features the group dancing to a sultry R&B Tagalog and Bisaya track that questions if their lover still loves them.

In the video, Alamat are seen interacting with a mannequin, symbolizing the coldness of their dying relationship. The song debuts a more mature style for the group and the release of its music video trended #1 on Twitter Philippines with the hashtag #ALAMATSayULoveMe.