It’s not like Curren$y to kick his feet up on 420. To celebrate the annual smoker’s holiday on Wednesday (April 20), the New Orleans rapper got up in front of the mic and delivered his first Tiny Desk (home) concert as part of NPR‘s popular, long-running series.

Holed up inside a garage surrounded by a live band, a purple candy-coated 1965 Chevy Impala titled on two wheels and, of course, a trusty joint in his hand (“it’s appropriate for 420 for me to have one burning,” he joked), Spitta breezed through a selection of fan favorites from his deep discography.

Curren$y’s COVID-19-safe set kicked off with a smooth rendition of “Sixty-Seven Turbo Jet” from 2012’s Cigarette Boats, before the Jet Life general dived into “Address,” “Breakfast,” “Airborne Aquarium” and “Mary.” Each song started with the recorded track before the band took over and brought it to life with live instrumentation.

Curren$y’s Tiny Desk (home) concert was a long time in the making. The NOLA native first put his Tiny Desk dreams in the air in October 2019 when he tweeted, “I wanna roll some fatties on Tiny Desk and smoke it out.” 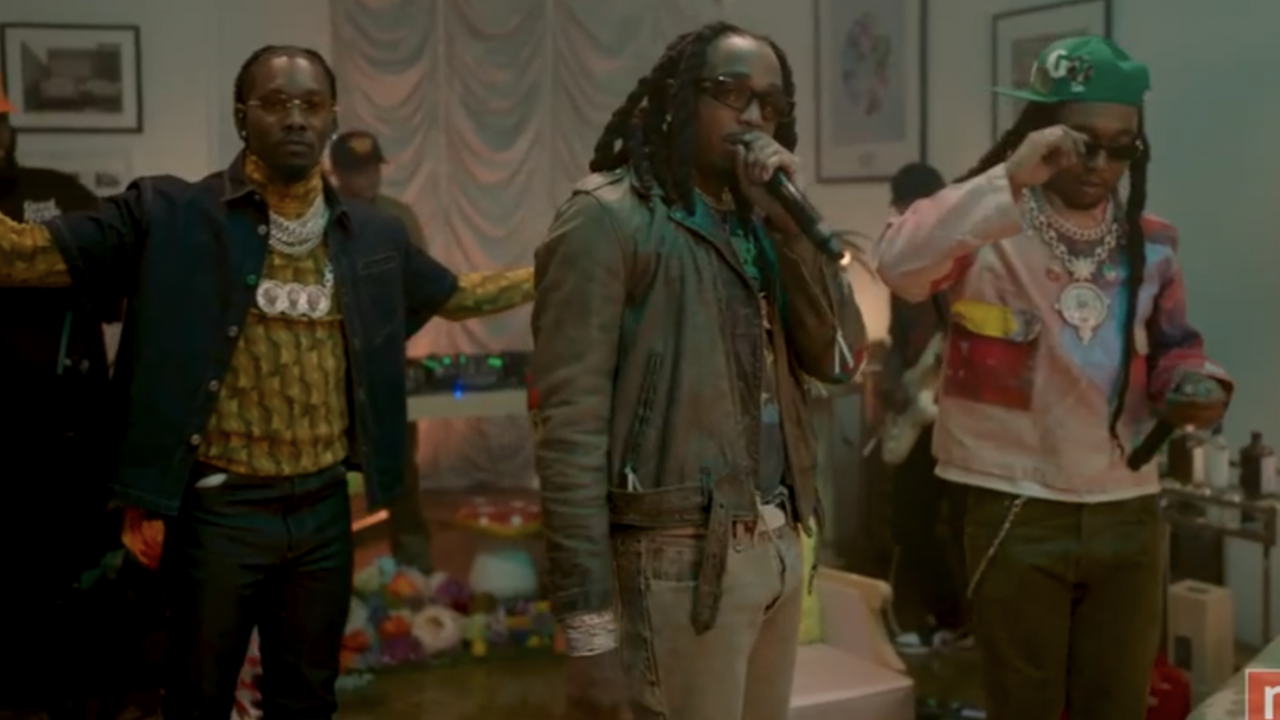 Before that, the highly prolific rapper released more than half a dozen projects in 2021, including collaborations with producers Harry Fraud (Regatta), Trauma Tone (Highest In Charge) and Kino Beats (Matching Rolexes).

Rest assured there’s plenty more in the pipeline for Spitta, including a joint project with legendary hitmaker Jermaine Dupri, sparked by his homage on last year’s Collection Agency.