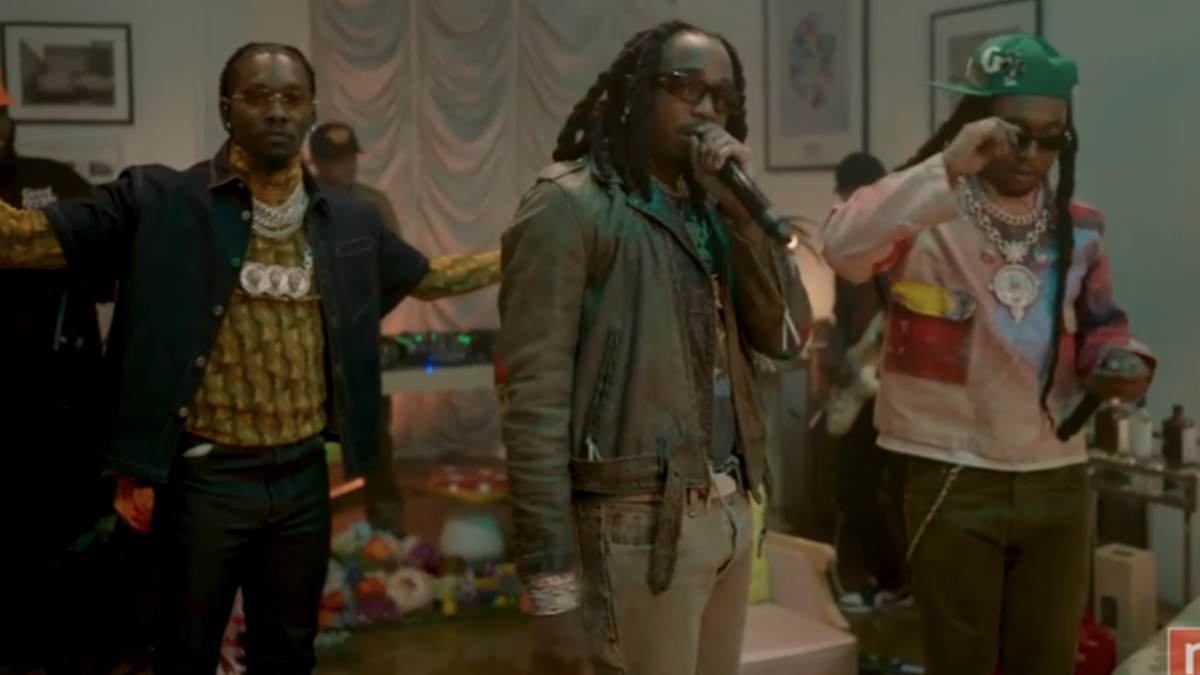 Instead of trapping out the bando, the Migos brought the trap to the trendy streetwear brand Gallery Dept. for the latest installment of NPR‘s Tiny Desk (Home) concert series on Wednesday (August 25).

With the Los Angeles-based 1500 Or Nothin’ ensemble and DJ Durel holding them down, the Migos ran through a trio of tracks from their Culture III album, which dropped in June.

The Atlanta trio hops around the quaint room featuring vintage decorations and an aesthetic from a hoarding couple of the ’80s. They kick off the concert with Quavo setting the tone on the DJ Durel-produced “Avalanche” with Offset and Takeoff following suit.

Next up, the Migos head into their C3 standout for a little bit of “Straightenin.” The energy’s through the roof for the Grammy-nominated crew while a motionless astronaut remains sitting still on the couch.

To cap off the set, the Migos end on a high note with “Birthday,” which is fitting as Quavo struggles to find his lighter until Takeoff provides some assistance and Huncho lights up a decorated birthday cake sitting on the coffee table in front of him.

Watch the full Tiny Desk below.