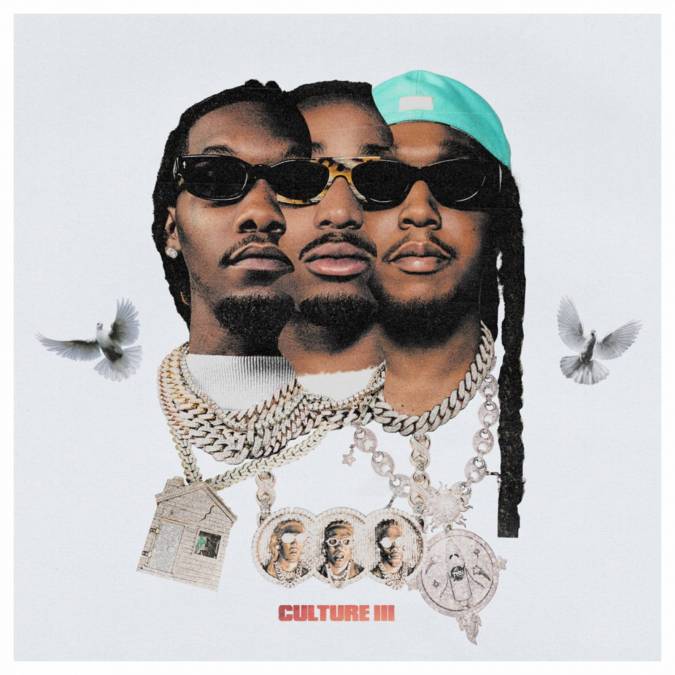 The signs of a Migos resurgence began to appear a few months ago. Quavo underwent a messy breakup with Saweetie, Miley Cyrus shouted out the decade-old classic “Hannah Montana” and Joe Budden experienced a tremendous professional embarrassment.

Before we knew it, Culture III was upon us, an album that delivers flickering visions of the group’s timeless trap alchemy while making it painfully clear the Migos are on the decline.

Migos’ placement in the trap hall of fame is long past assured, but Culture II was 105 minutes of hot, indulgent garbage and they clearly recognize the damage it did to their legacy.

The Atlanta trio sounded comatose throughout large swathes of the project. The grandest commendation for Culture III is the Migos sound interested in making music again. Quavo sounds revitalized on this record, focused once more on being the tie that binds the group together. His rapping is pitch-perfect in lockstep with the vocals and production.

Conversely, Offset seems to have regressed. He lost the intense, menacing aura that heightened the gloomy moments of the original Culture. His most memorable spot on the album is as a Cardi B afterthought on “Type Shit.” Takeoff continues to be the best rapper but is characteristically more than happy to shirk the spotlight.

Moats of filler in the second and third quarters repulse a front-to-back listen. A harsher cut would have improved this album since even though there are legitimately great Migos songs present, they’re all too easy to disregard as a result of the 25 tedious minutes.

Some of the lowlights include “Birthday,” “Roadrunner” and “What You See,” which all sound like they were ghostwritten by a rap tutorial AI. During those catwalks, the glossy, expensive beats grease the wheels as best they can.

But Migos’ production has never been this consistently solid. Each beat is at least good and many stand out prominently in their all-time catalog. The Temptations’ sampling “Avalanche” is among the most intriguing beats they’ve ever rapped over.

“Malibu” and “Jane” each contain blaring horns that interplay with the growling baritones of Takeoff and Offset. The production on “Straightenin’,” “Vaccine” and “Picasso” reminds audiences when you get the Migos in sync over complementary instrumentals they’re magic.

But as the years pass and the commas move left, it’s obvious they’re in sync less and less. They reached the pinnacle of commercial success and lost the camaraderie and hunger that made them, a development as sad as it was inevitable. The mechanical punchlines and market researched boasts can never conjure the same enchantment as listening to the young Migos regale us with tales from up out the bando.

The Migos are too large now for flights of fancy or lyrical experimentation. Culture III is peak outside music, designed for radio spots and thoughtless consumption. The beats are pleasant to excellent, the raps are practiced yet dry, and the trio that has come so far finds itself not moving at all.

They stand still at the top of Mount Olympus, and unfortunately, the townspeople simply have better things to do than listen to them brag.

Now listening to the migos album and all I can say is pic.twitter.com/3DEA2c9iq3

Migos ain’t have to slide on Avalanche like that