Review: Migos Doesn't Have A Classic With "Culture" But They're Working Toward One 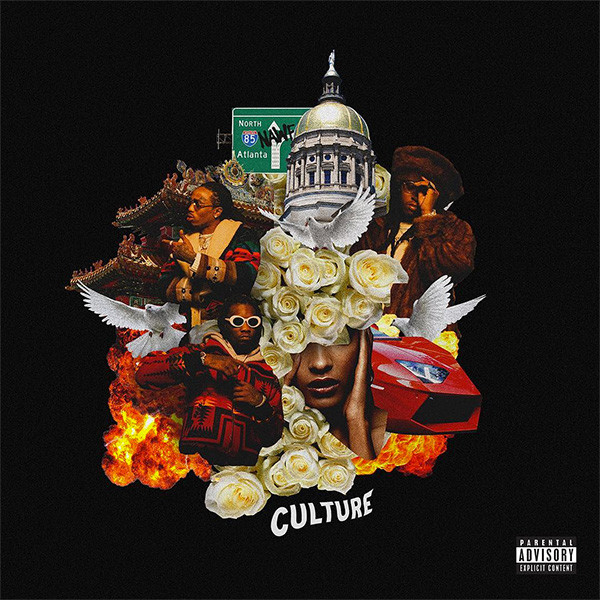 Although they’ll never be coronated for it, Migos deserve all the credit in Planet Atlanta for simply naming their album Culture. No matter where rap fans sit on the always simmering “mumble-n-swag” vs. “purity-and-classic” Hip Hop music debate, there’s little argument among them that the flashy trio isn’t currently atop the zeitgeist of what’s considered hot.

Takeoff provides subtle commentary that adds the right amount of adhesive to the records that Offset generally bodies, while feature-magnet Quavo sounds like a star with each verse. The YRN’s second studio album is the culmination of the momentum they’ve been building with each previous release, and stands as their most noteworthy project to date.

Just ask Donald Glover, whose Golden Globes shoutout provided an overdue spotlight to what Migos’ fans already knew: “Bad and Boujee” was more than just a fantastic rap record. It was an event — one that not only warranted unanimous praise and gave newfound respect to ridiculous bars like Lil Uzi’s cameo performance (“Yeah, boy you so fake like my collar/ You snakin’, I swear to God that be that Gucci”) but one that represented the direction Hip Hop has firmly parked its arse at for the time being.

The ante was upped with the follow-up single, “T-Shirt,” made famous for the boys’ staccato delivery of all things lavish. A hook like “Young nigga poppin’ with a pocket full of cottage/ Woah kemosabe, chopper aimin’ at your noggin” can turn the most steadfast blue-collar individual into a junior d-boy with just one listen.

Even with the larger-than-life hood celebrity personas they’ve worked so hard to solidify, Culture still falls short of being the grandiose parallel to the group’s A-list ranking. Sure the production selection is like sex for a subwoofer (see Cash Clay Beats and Deraj Global’s trapsoul fulfillment on “Kelly Price” or the hypnotic flute 808 hybrid on Murda Beatz’ “Get Right Witcha”) but when you play hitmaking roulette, there’s bound to be some misfires.

On paper, the 2 Chainz-featuring “Deadz” should have been the Scottie Pippen to “Bad and Boujee’s” Michael Jordan but given the uninspired drug dealing script and Tity Boi’s cruise-control contribution, the song may as well have never been created at all. DJ Khaled’s presence on the intro is ultimately pointless too.

Migos are far from caricature rappers, but after dazzling with the aforementioned “Bad and Boujee,” “T-Shirt” and “Call Casting,” singing about kilo deals on a cut like “What The Price” just doesn’t feel as magical and most likely stifles the group’s potential to be heavyweights when it comes to crafting albums. Releasing a handful of incredible singles ahead of an album sets a pretty lofty standard that the rest of the LP doesn’t always meet.

In spite of its drawbacks, Culture showcases Migos at the top of their artistry and there’s no indication that it’s their peak either.