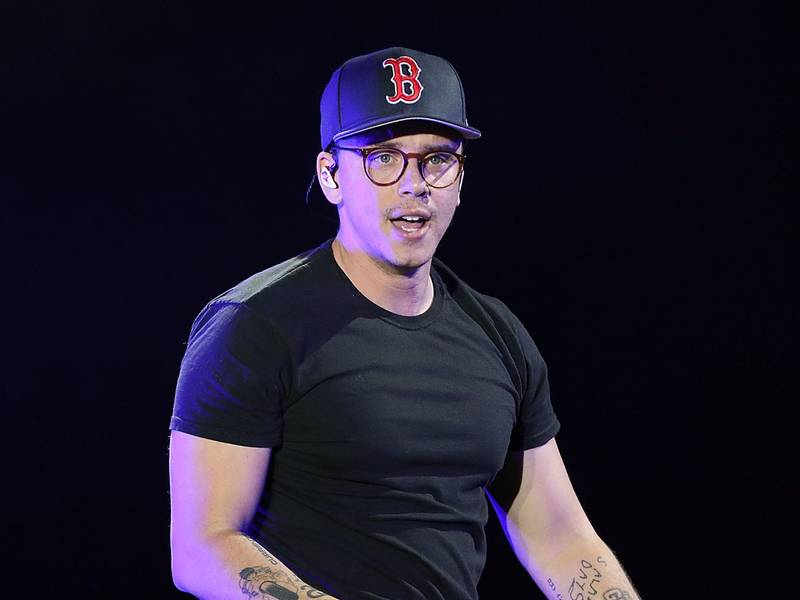 As 2020 keeps throwing a barrage of stuff at us, Logic has decided that he’s going to retire from music — following the release of his new album No Pressure — to focus on parenting and (judging by the seven-figure deal he signed with Twitch) gaming.

“It’s been a great decade. Now it’s time to be a great father,” he tweeted.

Officially announcing my retirement with the release of “No Pressure” executive produced by No I.D. July 24th…

It’s been a great decade. Now it’s time to be a great father.

For all the negativity the MC seems to attract online (especially from a Mr. Joseph Anthony Budden II), it’s hard to deny just how effective, lucrative and impactful the arc of his decade in the game has been.

Logic is part of a cohort that included names like Big Sean, Tyler, the Creator and Kid Cudi — whom he toured with during 2013’s “The Cud Life Tour.” Coming in during the tail end of the real online mixtape era (not to be confused with the convoluted commercial mixtape era), Logic found early success with his debut Young, Broke & Infamous. His buzz was so big that it was virtually impossible for you to not have at least one friend quasi-obsessed with him — especially after Young Sinatra: Welcome to Forever dropped. That mixtape, in particular, helped him secure a deal with Hip Hop staple Def Jam, under the vision of legendary producer No.I.D.

His first two studio albums, Under Pressure and The Incredible True Story, primarily saw him live up to his promise, though it was his third album that put his name into broader conversations. However, it also simultaneously put him at odds with Hip Hop heads at large.

Logic’s race became a focal point when Everybody dropped. Having a white mother and a black father, he — like myself and the millions (and millions) of others like us — have to deal with the strange conflict that comes with living in a black and white world while being labeled as grey. However, there is a scale that exists. While some would have to tell you they’re bi-racial for you even know (as they are easily identifiable as persons of color), others like Logic appear to be white and may have to prove that they are half black for you to believe them.

“I’m so proud to be who I am and to have all these people try to tell me that I can’t be this,” he told Zane Lowe in a 2018 Beats 1 interview. “I’m just kind of here to say, like, who is anybody else to tell me who I am or what I’ve gone through or what I haven’t gone through?”

He’s right. However, a problem with being bi-racial is that the black community never truly accepts you as black — and the white community never feels comfortable (especially if you’re not as white-passing as Logic). For this reason, amping up his own experience with race alienated an entire Hip Hop sect who did not (and didn’t care to) relate.

Sharing his personal experience had once opened him up and intrigued fans, like early on with his mixtape Young Sinatra: Undeniable, but this didn’t land the way he likely envisioned.

Worse, Logic’s view of race relations and mental health was quite surface, and frankly, naive — making this entire album feel flat. He hammered his identity into our skulls instead of making any meaningful connection that other bi-racial people (who share his complexion) could tap into on multiple levels.

Despite this, his heart was definitely in the right place.

As much of a meme as he became via Black Twitter, Logic ultimately prevailed as the largest consumers of his music still managed to glean the good in the romanticized, one-people message of Everybody. And despite being grossly oversimplified, his 5x platinum single “1-800-273-8255” featuring Alessia Cara and Khalid literally helped save lives.

The album that made him the butt of every Hip Hop joke at the time ironically was his most commercially well-received, debuting at No. 1 on Billboard.

Logic kept moving, releasing two studio albums (aside from his Bobby Tarantino II mixtape) YSIV and Confessions of a Dangerous Mind in the two years that followed. Both projects featured some bucket list guests: The entire (living) Wu-Tang Clan on YSIV and Eminem on the latter. While he may have gone over some heads with Supermarket (the soundtrack to his New York Times Best-Selling novel of the same name), he’s still over the past few releases managed to make it a little harder — though definitely not impossible — for the Logic is trash crowd to completely disparage his pen game.

For anyone who’s been following the journey, his past 10 years has been exceptional. He has five studio albums that landed in the top five of Billboard’s Hot 200 (two of which topped the chart), rocked five successful headlining tours and sold millions of records. He also has a catalog of guest features that range from PRhyme and Elton John to Juicy J — among many others.

While some found a sense of closure with No Pressure, flooding Twitter with the #ThankYouLogic hashtag offering praise for the LP — there were just as many Hip Hop heads in line to offer their own, opposite takes.

However, that doesn’t appear to matter much to him at this point.

During a tearful thank you to his fans and supporters via Twitch, he explained that he generally ran to social media immediately after his album releases to gauge reactions — but not this time.

“This time I won’t check the internet, because I finally love myself,” he noted.

Now, as he is switching gears to focus on raising a human being and gaming for money, it remains to be seen if this is truly the end of the road.

More importantly, it will be interesting to see if perhaps time will lead some current-day detractors to revisit and maybe shed some overdue roses in hindsight.

Stream Logic’s No Pressure below.