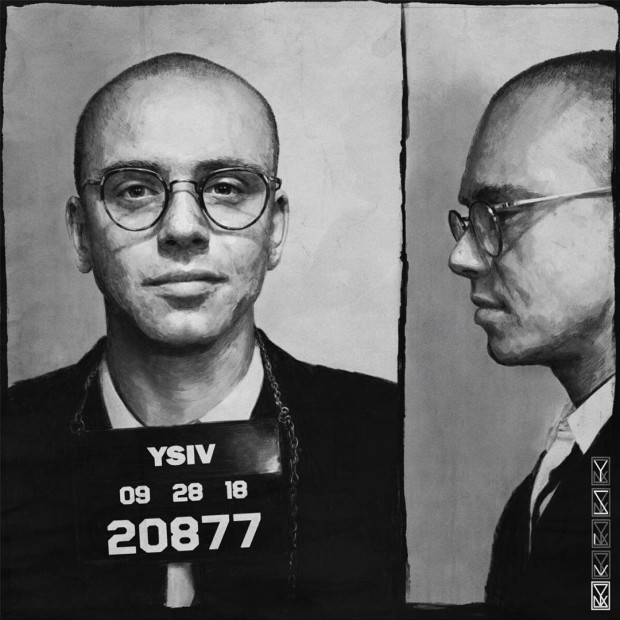 It has long been established by fans that there are two very distinct variations of Sir Robert Bryson Hall II: Album Logic and Mixtape Logic. Hilariously addressed by Rick & Morty in the intro to his last release Bobby Tarantino II, this particular multidimensional overview serves to — more than anything — illustrate the depth of his fanbase.

While the bi-racial artist, who used his own experience to (conceptually) confront a multitude of racial and social issues on his album Everybody, has become a punchline for the industry’s staunchest gatekeepers and most hardened fans of “keeping it real,” anyone who would even refer to his mixtapes generally has been along for the inspiring rise to notoriety.

His latest release — Young Sinatra IV — is mainly for these fans. It’s drenched in boom bap, big bars, and bops that mostly work well as a collective piece of art.

The fourth and (as we find out in the intro) and alleged final installment of the Young Sinatra series, unlike Everybody or Bobby Tarantino II, comes across as a hybrid of both Mixtape and Album Editions. Across the 14-song LP, he triples down on his TED Talk-esque messages of positivity and delivers what feels like a heartfelt thank you and pep talk to his biggest supporters.

More significantly, he reintroduces the hungry young MC entrenched in Hip Hop that many of his late-to-the-game haters overlooked.

He kicks off with “Thank You,” a grand salute you to his fans — featuring (aside from Lucy Rose and The RattPack) a bevy of fan voicemails from around the world sharing their love of his music — and the various ways in which his music has changed their lives.

Then there’s the searing wordplay on the title track that repurposes Lord Finesse’s “Hip 2 The Game” instrumental (mashed up with Milkbone’s “Keep It Real”) which he first rocked on his seminal first tape of the series. As he explains, his initial use of the song (a decade ago) was inspired by Mac Miller, for whom he shares a heartfelt story and goodbye in the song’s outro.

The take away is the normalcy to Logic, which is the most significant point of contention for many detractors. As far as flow and cadence, it can be argued that he doesn’t have one of his own. For example, “Thank You” bears a striking resemblance to Kendrick Lamar’s “Hol’ Up.” His version of “Last Call,” while cool, is a concept admittedly borrowed from Cole — which was originated by Kanye. Even the creative flex of Street Dreams II” comes off as an obligatory “telling a story (because real Hip Hop)” may force eye rolls.

But, looking past played out repurposing, when braggadocious hyperbole bubbles over (see “Everybody Dies“) it’s hard to chalk up his logic to being anything but a disciple of the culture. If one point is made on this project, that should definitely be that Logic is not fly by night; He was evidently raised on that 90s shit regardless how deep the knowledge of his fan base truly is and the props he’s able to garner from their inexperience digging in the crates.

Overall, Bobby has bars for days — and days — and as a consistent top to bottom play, YSIV has vibrant energy. If you can listen to this LP the whole way through and doubt his pen game, then the question becomes: “what does he have to do to please you?”

If getting the entire Wu-Tang Clan on a song doesn’t impress you, nothing will. However, as he lays out on “Last Call,” he isn’t trying to appease haters who tend to focus on his negatives.

You can’t save lives with your music and decorate your home with gold and platinum plaques without pandering just a little and turning off a few (million) purists. And after a decade deep in the game, Logic, for the most part, has remained the same (from a contextual standpoint).

While Young Sinatra draws to a close, we’re left to guess which Logic we’ll be exposed to as we approach the anticipated, Ultra 85.