Review: Logic’s “Confessions Of A Dangerous Mind” Is Dangerously Corny 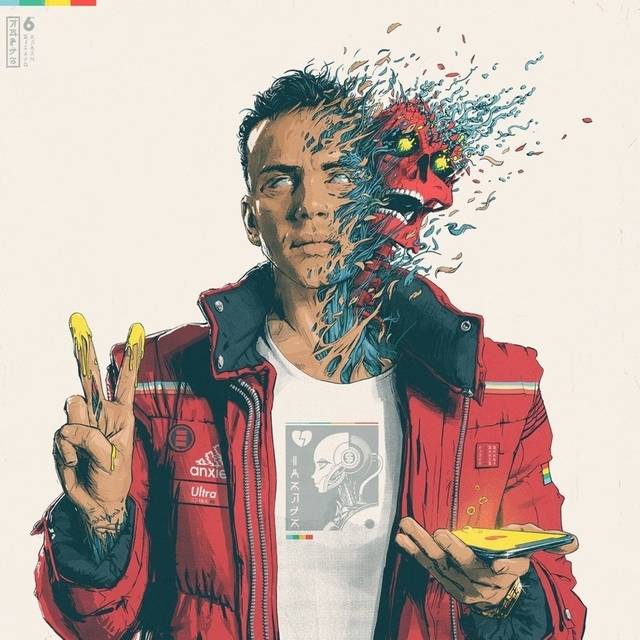 For some artists, being self-aware is humanizing. While for others, it can just illuminate their insecurities. Logic’s fifth studio album Confessions of a Dangerous Mind is an unfortunate example of the latter scenario. On his follow-up to Supermarket, the “1-800-273-8255” rapper repackages his haters’ criticisms and lampoons the current state of Hip Hop. Though this fearless approach has some creative potential, this album is a pity party of epic proportions.

On the opening title track, Logic reflects on the emptiness of his desperate quest for notoriety over gentle instrumentals. As a foreshadow to the majority of the album, he criticizes himself and copy-pastes disses from the comments section: “I ain’t good enough, I should quit, I should kill myself (Kill myself) / “‘Cause you’ll never be Kenny”/ “You’ll never be better than Drizzy or Cole”/ “You’re losing your hair, you’re too fucking old,” yeah.”

Much of the music meshes together into a fever-dream of unhinged self-deprecation. However, a few songs stand out as exceptionally awful. “Wannabe” is centered around Bobby obnoxiously repeating “I want to be famous/why can’t I be famous?” Later in the track, he emulates a high school stoner coming to intellectual realizations with the lines, “That social media shit is a contest/ If I ain’t winnin’ then I am depressed.” And on “Cocaine,” one of the worst moments on the album, he satirizes commercial expectations by making fun of his team wanting him to shallowly rap about drugs: “Cocaine, cocaine, cocaine, cocaine, molly/Percocet, my rep move up like a dolly/ If I talk about this shit more often, prolly.” Being self-aware shouldn’t be a cover for phoning it in.

Logic’s clumsiness is his own worst enemy. “Pardon My Ego” has him trivializing mental health with his half-baked ideas about what it takes to be talented: “I ain’t bipolar, Kanye make me wish I was/ ‘Cause that level of genius the meanest/ Nobody fuckin’ around with that flow/ When I spit it, you know it’s the cleanest, uh/ All my haters can suck my penis.”

Perpetuating the notion that being mentally ill makes you a creative genius is one of many misguided sentiments Logic farts out on this trainwreck. Not to mention, rhyming “cleanest” with “penis” is a low for an artist who allegedly values lyricism and defiantly disavows Hip Hop tropes.

When guests show up, there’s either an utter lack of chemistry or a sense that Tarantino is out of place. “Homicide,” featuring Eminem, is cringeworthy as both rappers try to outflex one another’s technical abilities. The Gucci Mane-assisted “Icy” has Logic standing in the shadows of a star who is effortlessly charismatic. But not all of these collaborations are failures. Will Smith brings some cheesy fun on the 80s party rap track “Don’t Be Afraid To Be Different” and Wiz Khalifa musters out a banger on “Still Ballin.”

Across the album, there’s a looming question—what makes any of these canned Confessions even remotely Dangerous? If Logic wants to be above commercial Hip Hop, he will have to try a lot harder than this.

Scratch that, maybe he should stop trying this hard.