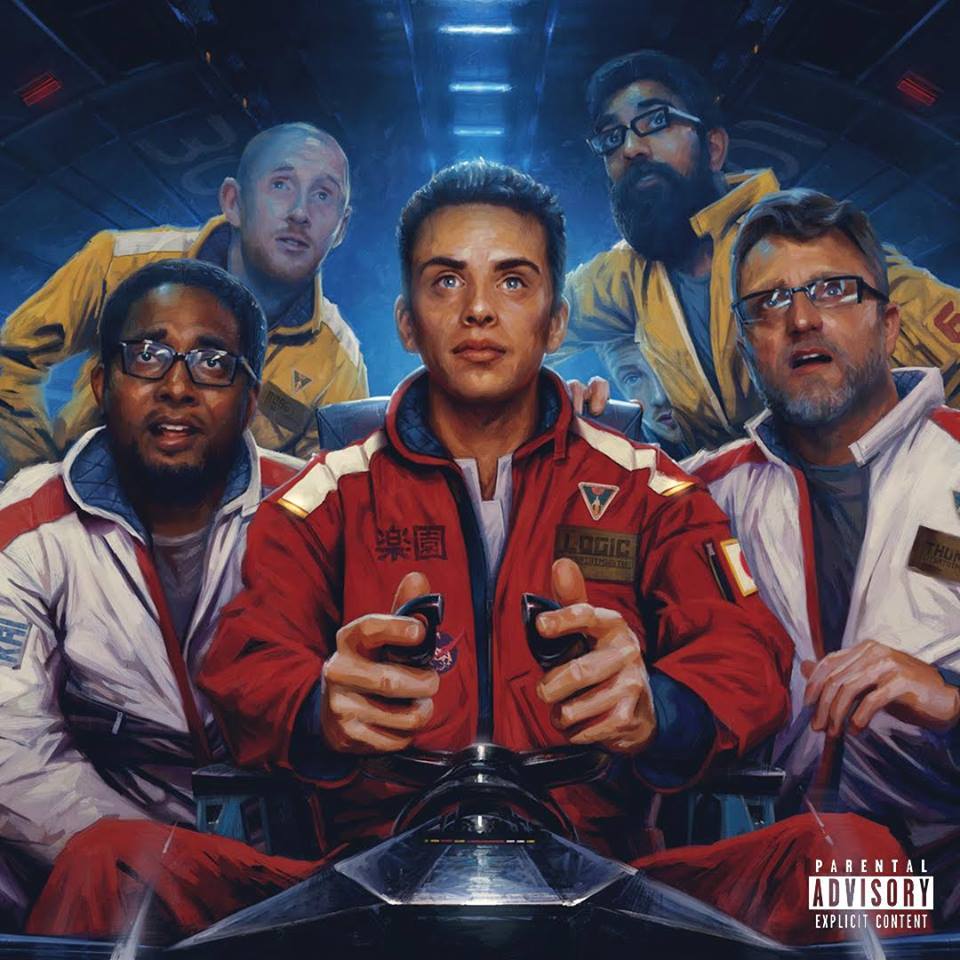 “I’m a visionary, that’s long-term / But Def Jam said they needed that,” Logic spit on “Til The End,” the swaggering conclusion to his critically acclaimed debut album, 2014’s Under Pressure. Great expectations ran supreme when the Maryland native nearly shattered the Internet when he released Young Sinatra: Welcome To Forever, amassing over a 100K Datpiff downloads in less than 24 hours, but Logic managed to remain faithful to all the boundless elements that made him a star — his storytelling prowess, pristine lyricism, and spellbinding instrumentals.

Not too many artists would elect to release their sophomore project in the digital melee of new Justin Bieber and Jeezy projects respectively, but Logic’s artistic purview is vastly different than the typical fold. Labeled as “a sophomore album and motion picture sci-fi epic from Logic,” An Incredible True Story is much more than just the latest extension of Logic’s ongoing saga, and he catapults the cinematic aura of his previous work to even new heights. Within the schema of a futuristic universe, the album takes place 100 years in the future where only a handful of inhabitants are on a voyage to travel to a far off planet dubbed “Paradise.” But although the narrative is literally steeped in space travel, undoubtedly the most ambitious aspect of the album is the sweeping soundscapes buttressing the audacious lyricism.

Like many beloved artists before him, Logic repeatedly confirms that his journey is not a purely narcissistic endeavor, but a unifying experience with his listeners as well. With his reputation now preceding him at long last, Logic fiddles with a kaleidoscope of sounds to conceive the flamboyant soundtrack. Despite Under Pressure attracting some unfair criticism for mimicking the work of influential legends, Logic manages to straddle the line between his singular vision and homage. Evoking Kanye West’s earlier work, the triumphant horns and boastful 808 drums on “Contact” immediately adjusts the climate and properly launch the album. Logic’s invigorating lyrical expos on the legacy-cementing tracks “Fade Away” and “Upgrade” follow in quick succession. Whereas Logic’s past artistic conquests were marked by meticulous attention to detail, The Incredible True Story is both the overt and organic progression of an accomplished emcee maneuvering in his comfort zone past potential pitfalls. He enlists the aid of Big Lenbo for the nostalgic 90’s era, boom-bap anthem “Young Jesus” for one of the year’s most radiant singles.

At every turn, Logic masterfully paces both the narrative quest as well as the music itself, culminating in an exhilarating experience. But spacey concepts, crisp production, and captivating bars only account for a fraction of the album’s overall magnetism. Logic is much more willing this time around to flash both his unique charisma and artistic individuality across the board, and all the distinct variables coalesce on quite possibly the album’s watershed moment, “City of Stars.” Commencing with cooled harmonizing over a sprawling instrumental, Logic pens a breakup song with the genre he loves and reserves the waning moments for an impassioned confession, criticizing the racial politics of Hip Hop. He populates “Stainless” with the same breakneck rhymes that he first captivated audiences with on the underground and mixtape circuits.

As could be expected, “Paradise” neither marks the end of the narrative nor the album. Rooted in the same intergalactic ambiance of Outkast’s Aquemini days, the slow-burning track showcases a bevy of hypnotizing rhyme schemes to compliment its unmistaken testimonial essence. Along with “Never Been” and “Run It,” Logic more than clinches the album with an unfettered degree of sincerity about both the peaks and valleys of his career thus far, culminating in the concluding track, “The Incredible True Story.” At nearly 7 minutes, Logic amplifies the sentiment with his trademark defiant optimism and inspiration for his loyal fans. Piloting The Incredible True Story proverbial galaxies away from a sophomore slump, Logic is exhausting all of his creativity and wasting no time in his mission to reserve a place for himself in the Hip Hop history books. With every remarkable release, one can only hope that Logic will continue in this vein and not float too far into the stratosphere.