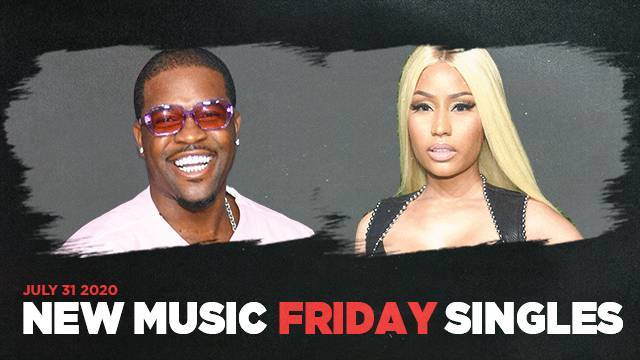 Los Angeles, CA – As the weekend descends upon us, HipHopDX has again taken a tour of the latest New Music Friday’s singles and compiled a list of the hottest tracks for Hip Hop fans to digest. Below is the DX hitlist for Friday (July 31).

A$AP Ferg has elected to make the Barbz and Lordz dance to his new raunchy banger “Move Ya Hips” featuring Nicki Minaj and MadeinTYO. “Move Ya Hips” nudges its way in just after the recent collaboration between the “Ned Flanders” rappers and their efforts on MadeinTYO’s “Square Bitches” earlier this year.

Memphis-bred rapper NLE Choppa continues down his relentless path of releases with Lil Baby on “Narrow Road,” his second single in six days.

Renowned Three 6 Mafia group member and Taylor Gang affiliate Juicy J begins yet another chapter in his storied career with the release of his “first independent single.” “Gah Damn High” features production from Lex Luger and a guest verse from Wiz Khalifa.

If there’s producer who has proven he can keep pace with the new generation of rappers, it’s Murda Beatz. In May, he unleashed “Banana Split” featuring Lil Durk and YNW Melly and continues his star-studded singles campaign with “Doors Unlocked” featuring Polo G and Ty Dolla $ign.

Doubling-down with the roster at Young Stoner Life Records, new signee Strick makes his debut with Gunna and Young Thug on his inaugural single “Yacht Club”

Since his departure from G.O.O.D. Music last year, Desiigner has been putting in work as an independent artist and continues his campaign with his “Diamonds Forever” double single. The release features low-key bops “Soup” and “In My Ways.”

In 2019, Atlanta-based singer-songwriter Mariah the Scientist made her mark with her debut album Master. Today, she finds herself in good company side-by-side Lil Baby in the visual for “Always N Forever.”

Mariah The Scientist is also sharing the spotlight with her RCA labelmate Gashi for the release of his new track “Lies.” The “Creep On Me” rapper has already had a fairly productive year, delivering his Butterflies EP and “Cabin Fever” double single, among other releases, thus far.

Alamo Records’ resident crooner Rod Wave exercises his vocal cords with some mental floss bars for the struggle on “Freestyle.”