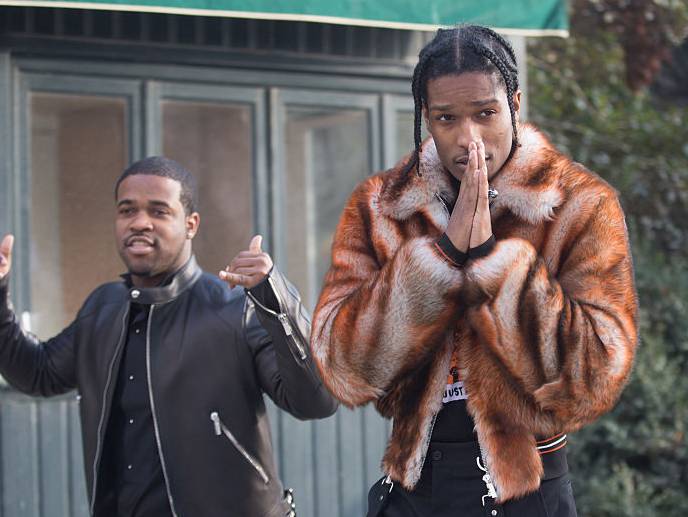 Following reports A$AP Rocky will be in a Stockholm, Sweden prison for possibly two weeks for an alleged assault, fellow A$AP mob-member A$AP Ferg has hopped on Instagram to offer his support to his colleague.

In his caption, Ferg details the injustices of the incident and defends his friend by stating, “He was no way in form the aggressor in this ordeal. Pray for justice #freeflacko.”

The “Plain Jane” rapper says Rocky is being held with “no visit or phone call privileges.”

He’s in Sweeden locked up in solitary confinement with no visit or phone call privileges. They are trying to keep him there for 2 weeks and if convicted he will be looking at 6 years just for defending himself in a fight. He was no way in form the aggressor in this ordeal. Pray for justice #freeflacko

On Tuesday (July 2), Rocky was arrested on suspicion of aggravated assault after he was interviewed about the the alleged assault. The incident took place on Sunday (June 30) after he got into a heated dispute with a group of men who were upset over a pair of broken headphones.

Two days later, Rocky posted a video on Instagram of the moments leading up to the incident and explained the the men followed him for four blocks and were “slapping girls butts who passed.”

He also posted a nearly three-minute video showing the man broke his headphones after using them to hit Rocky’s bodyguard.

According to TMZ, the “Pretty Flacko” artist’s arrest has become a “humans rights issue” because Swedish authorities are preventing American embassy reps from meeting with Rocky and his lawyers.

In addition to becoming an international incident, the arrest has caused some professional harm for the rap star. BBC reports Rocky missed a scheduled festival in Poland on Thursday (July 4) and a gig in Ireland on Friday (July 5). He also won’t be able to perform at London’s Wireless Festival on Sunday (June 7).

So far, there have been thousands of posts under the #FreeRocky and #FreeFlacko hashtags on Instagram.

If convicted, Rocky could face up to six years in prison.