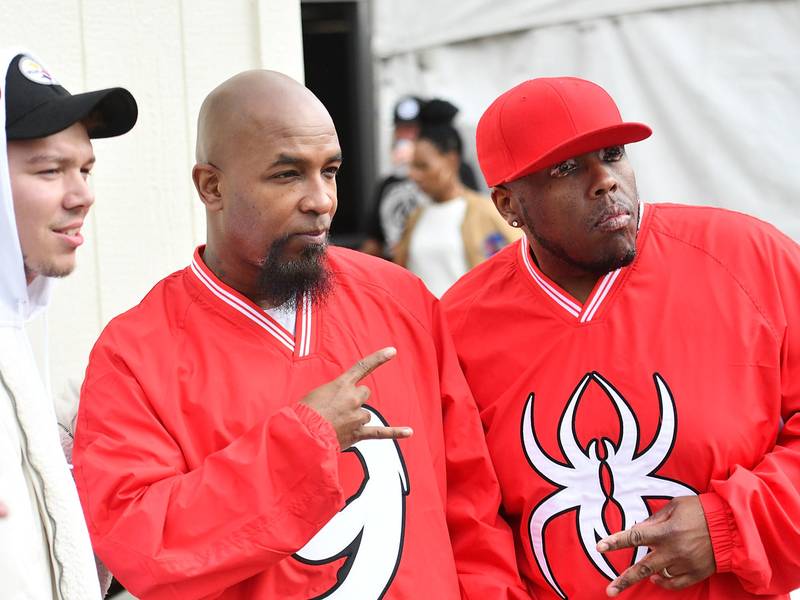 Strange Music fans were astonished to hear Krizz Kaliko left his longtime label home. After Krizz hinted at his exit on October 6, Strange Music CEO Travis O’Guin confirmed the departure in an exclusive statement to HipHopDX.

“As I’m sure many of you have realized, and perhaps many of you haven’t, Krizz has not released any new music since his album, GO, on April 8, 2016,” O’Guin revealed. “In regards to this album, I’m pretty certain that nobody knew that Krizz was actually out of contract when that was released … He fulfilled all of his contractual obligations to Strange Music and we had no choice but to remove his name and merchandise from the site upon expiration of the ‘run out’ duration of his contract.”

T.I. Calls Iggy Azalea A “Tarnish” To His Legacy

T.I. considers Iggy Azalea a stain on the music executive aspect of his career. The Grand Hustle Records boss revealed his unfiltered thoughts on his former artist during a conversation with The Root.

“I’m still actively looking for another female rapper who can undo the blunder of Iggy Azalea,” Tip said. “That is the tarnish of my legacy as far as [being] a [music] executive is concerned. To me, this is like when Michael Jordan went to play baseball.”

Iggy responded on Twitter by calling him a misogynist.

T.I. — who helped usher in the careers of Travis Scott and B.o.B, among others — brought the Aussie rapper onboard his label around 2011 and cut ties four years later.

Angie Martinez Thanks JAY-Z For Helping To Protect Tupac Interview

Angie Martinez interviewed Tupac Shakur back in 1996 and had the rare recording on tape locked away in her laundry room, along with all of her archives. But during a meeting with JAY-Z at Roc Nation, Hov advised her to move the tapes to a safer location.

“The tapes are in a safe, secure place now,” she told Page Six. “But they weren’t for many years. Before that, they were in my laundry room and it was actually JAY-Z that told me to put it in a safe place.”

To this day, the Tupac interview hasn’t been released in its entirety. It was originally shelved over fears of instigating more tension in the East Coast and West Coast rap beef.

Rapsody Details Why Hip Hop Needs All Flavors Of Women

Grammy Award-nominated MC Rapsody stopped by HipHopDX HQ and explained why she thinks Hip Hop needs a variety of styles from women.

“I always looked at it like it’d be dope to have balance and give everybody the same opportunity,” she said. “I want Tierra Whack to have that same opportunity as everybody else. Leikeli47, as well as Megan The Stallion and Cardi B, because we need all flavors of women. Everybody don’t want to listen to me 24/7 because I don’t want to listen to me 24/7. I need a different vibe. I’m about to go to the club and turn up! I’m about to play ‘Bodak Yellow.’”

Ice-T Reveals How He’s Stuck Around For So Long: “I’m Not Delusional”

Ice-T has been in the rap game for decades and is also well known for his longtime role as Detective Tutuola on Law & Order: Special Victims Unit. He shared the secret to his longevity in an interview with DX.

In an exclusive chat with DX, Zaytoven explained what took so long for him and Boosie Badazz to finally do a collaborative project together.

“I really thought it was odd that me and Boosie never even worked together all these years,” he admitted. “So I think when we both finally connected, we both got on the phone with each other, we felt like it would be unfair just to do a song or two with each other. We should do a project together like streets deserve to hear a full project with Zaytoven and Boosie. So we both made that call, the first conversation we had, we went from there.”