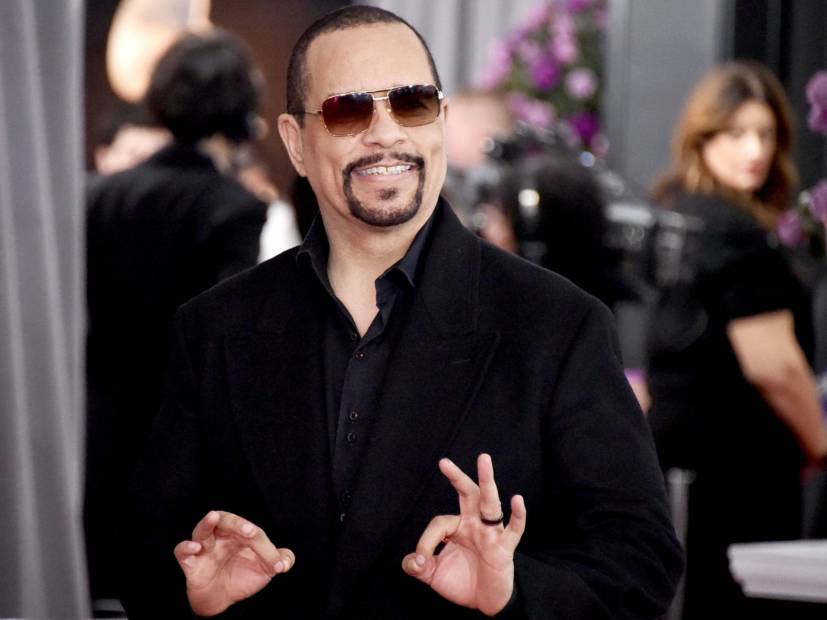 Interview: Ice-T Reveals How He's Stuck Around For So Long: "I'm Not Delusional"

Ice-T put out his first solo album, Rhyme Pays, in 1987. Thirty-two years later, he’s getting ready to drop another Body Count album and has just released two new solo videos — “Feds In My Rearview” and “Too Old For The Dumb Shit.”

To say he’s slowed down would be categorically false. Not only has he maintained a music career for over three decades, but he’s also held on to his role as Detective/Sergeant Odafin Tutuola on Law & Order: Special Victims Unit for the past 19 years.

What’s he secret? These days, artists are chewed up and spit out like they’re being shoved through a revolving door. But Ice is still here.

HipHopDX: You’re working on some solo stuff, too. We just put up that second video, but you decided to do them out of order, like the Star Wars movies, correct?

Ice-T: What happened was, I got the new Body Count album. We’re starting to mix it now. So, there was a lot of requests like, “Do some rap shit” and I truly wasn’t motivated. I know the new sound is different. One of the reasons I’m still around is because I’m not delusional; I know that rap radio isn’t going to play anything from me in rotation. It’s just not going to happen. I had my day and they’re not playing anybody new. They wouldn’t play the best Ghostface Killah record. They won’t play Big Daddy Kane. They won’t play Public Enemy. They’re not going to put us in rotation ever again.

We might get on the mix shows; we’d get on that type of stuff, but you’re not going to have that hit record that you might’ve had in the past. So, I wasn’t really motivated. I was like, “Eh, nah.”

Ice-T: Yeah, I just wasn’t. So finally we just thought maybe we’d make some videos where the music was just as important as the video. I came up with this idea to do three songs and we’ll put those out like a mini EP or something. That’s where the idea came from. So, I got with my producer that did the Seventh Deadly Sin album, Ace. He’s in L.A. — a Mexican kid named DJ Ace. I said, “Send me some tracks. I’m about to do three songs.”

Ice-T: The first one was “Feds In My Rearview,” so we put that out just to check the temperature and the response on my Instagram was insane. I didn’t get one negative comment. Everybody was like, “Yes, yes.” People were thirsty like, “Goddamn man!”

Ice-T: Yeah, exactly. And they wanted to see me do my gangster shit, so they was excited. So we did “Feds” and then we put out the prequel, which is called “Too Old For The Dumb Shit,” which has the cameo with Chanel and Coco.

HipHopDX: That was sweet.

Pretty much all that matters to me these days…. @babychanelnicole

Ice-T: Yes, thank you. The last song is going to be called “The Hanging,” which is a play on the old saying, “the catching’s before hanging.” So what happens in that last standoff is yet to be seen, but it’s going to turn out to be more excitement and action in the last one. The last song is up-tempo and pretty crazy. It should be the best song, like I’m trying to make them get better. “Too Old For the Dumb Shit” is slow, “Feds” is fast and the next one is hectic.

HipHopDX: So then do you have a release date ready for that one yet or is it still in progress?

Ice-T: Nah. Right now, I’m going back and forth between the tracks. I’m no rush. This is just something to do …

Ice-T: Yeah, for fun and to feed my rap fans while I get ready to drop this Body Count record. I’m doing this more just to show people I can do it. Like, their whole theory is, “Oh, can you still rap?” Yeah, muthafucka, I can still rap.

HipHopDX: Yes, of course you can. Body Count has been putting out stuff forever. The last album came out in ’17, right? It hasn’t been that long.

Ice-T: Bloodlust came out, yes, in ’17. Carnivore, we’re supposed to turn it in in October, so we’ll be turning it in this month. And it’s pretty crazy. I think it’s actually … I don’t know if it’s more digestible, but it’s got some really good songs on here that people are going to dig, got some hard, hard shit. Got one called “No Remorse” that’s very aggressive. It’s good songs. We’ll put it out and see what the fans do. I try to make records that I want to perform.

HipHopDX: People love you. I can’t wait for this Schoolly D collaboration. People definitely are still hungry for Ice-T, or thirsty, I should say (laughs).

Ice-T: I just try to put out quality stuff. I wanted my videos to be quality. I don’t want to put out nothing for the sake of putting it out, you know? I want to put out stuff that people are like, “Oh wow, that’s different. Oh, that’s like a movie. Oh, look. Oh, that was cool.” If look at “Feds,” they’re linked. We linked the two songs together, so they play one right into the next.

HipHopDX: I realized that. It’s clever.

Ice-T: Yeah. Yeah. And that hasn’t been done, so I’m always trying to come up with a creative way to do something. I get bored.

HipHopDX: I feel like it’d be hard to get bored these days with everything you have going on.

Ice-T: You can get jaded. How many times am I going to see somebody standing by a swimming pool with girls twerking and you throwing money, you know?

HipHopDX: (Laughs) I’m so sick of it. You aren’t the only one. I heard Chuck D found about this Schoolly D and Ice-T collab and wanted to get involved.

Look who stopped by my crib yesterday… The Legendary Schoolly D… The man I consider the forefather of Gangsta Rap.. You shoulda been here.. The conversation was soooooooo Player. 🤛🏽💥

Ice-T: Yeah, that’s true. I don’t know if Chuck’s voice is on it. I think Chuck re-mixed it and I think Chuck does the intro on it. Schoolly sent me one version of it. The way they edited it was like, “Hold up, man,” so he said he sent me another one. That’s Schoolly’s song. I’m waiting on him to put it out. I’m sure I’ll know. I don’t know if we’re going to shoot a video. He sent me a thing saying that there’s going to be a record release party, so of course, I’m going to pop up there. I just want to go see him sing “PSK.” I really don’t give a fuck who’s going. I just want to see him perform.

HipHopDX: I want to see that, too.

HipHopDX: I just got my own local Hip Hop radio show. It’s on just a community radio station, and I can play whatever I want. The other day I started off with “PSK” and then I went into “6 In The Morning” and then went into N.W.A — just kind of did a whole gangster rap segment, and it’s dope that I’m able to do that. I’ll definitely be putting your new tracks in rotation, too.

Check out Part I of HipHopDX’s interview with Ice-T here.