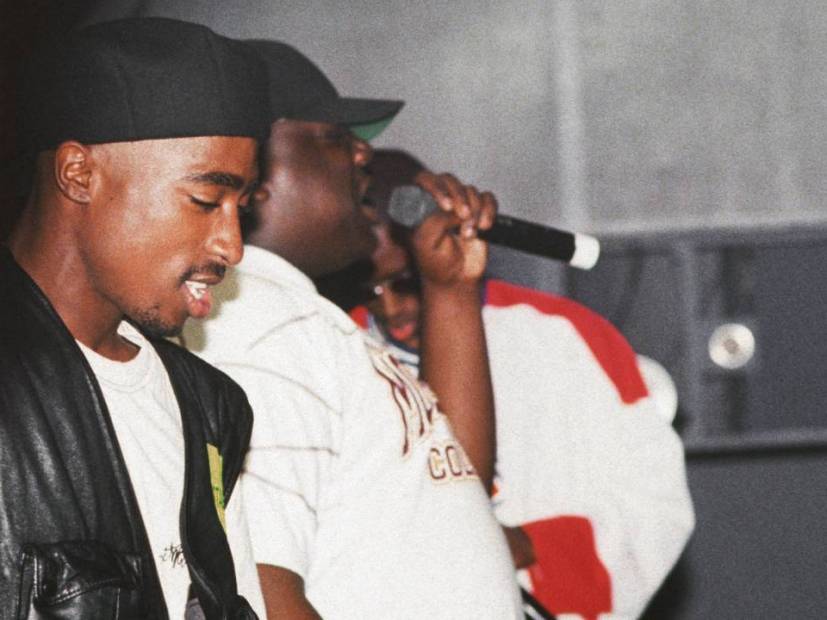 Multi-platinum producer Rick Rock recently spoke about being a part of some of the most legendary studio sessions and the first time he met Tupac on the Murder Master Music Show.

In an interview published on June 6 by Underground Society, Rock discusses his involvement in the recording process of Pac’s controversial hit “Hit ‘Em Up,” the late rappers decision to name drop Xzibit and Chino XL and the “Ain’t Hard 2 Find” studio session that involved E-40, B-Legit, C-Bo, Richie Rich and D-Shot.

“I was with Mike Mosley and we all caravanned from the Bay. It was me, Mike Mosely, C-Bo, and Richie Rich to get with Pac. We went to Death Row studios and he is playing us the album. Right after that, he said, ‘let’s do a song,’ and he was talking to 40 and C-Bo and all of them. I use to carry SP12 discs with me, 1200 discs, so in the studio, they had a 1200. While they were waiting I just loaded up, I put a disc in, pressed play and Pac said, ‘what’s that?’ and I said, ‘that’s you!’ It was that ‘Tradin’ War Stories’ song, Pac wrote his raps so fast!”

“I was there when he recorded, ‘Hit ‘Em Up,’ where he was like, ‘I’ll make sure all your kids don’t grow!’ I seen the Outlawz come in and tell them about whoever was saying something – Chino XL or somebody else like, Xzibit saying something. So, they was talking about that so he went in there and recorded it.”

The beef between Chino XL and Tupac began after Chino name-dropped the West Coast rapper on his 1996 debut album, Here to Save You All.

Chino’s opening verse in the song, “Riiiot!” included the line, “By this industry, I’m trying to not get fucked like 2Pac in jail.”

Rock continues by chronicling various studio recording sessions as well as his encounter with Pac after his confrontation with The Notorious B.I.G. at the 1996 Soul Train Awards.

“It was right after the confrontation at the Soul Train Awards with Pac and Biggie and them. They came back to Can-Am [studio] and me and Mike was still in there working on a beat for them. Left Eye was in there, Goodie Mob was up in there! That shit was crazy.”

You can listen to the full episode here.