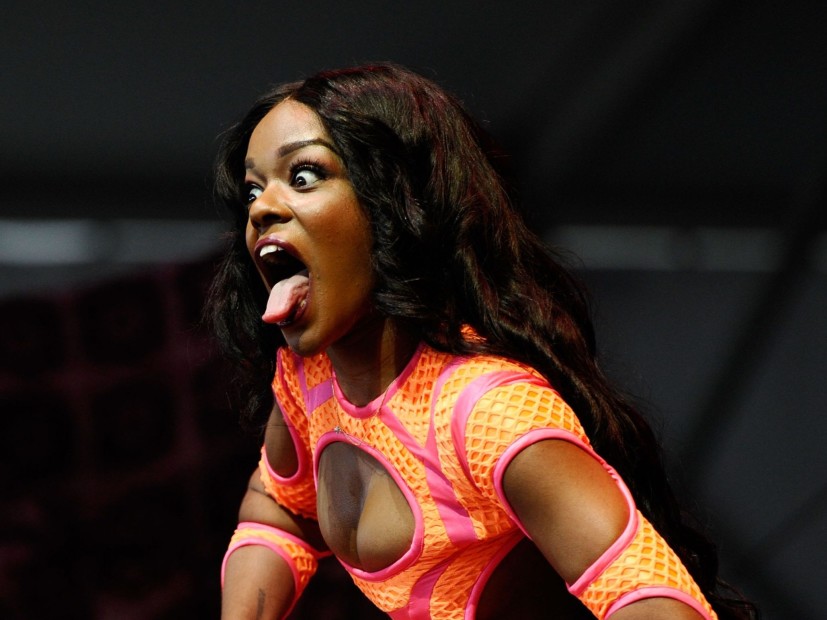 On Wednesday (July 25), Banks headed to her Instagram stories and exposed the imposter.

“Guys. Cheapyx0 on Twitter isn’t me. My handle was cheapyxo,” she wrote. “I didn’t want to acknowledge the account but it’s annoying now.”

In a series of tweets, the Banks imposter criticized Minaj for her decision to work with 6ix9ine, insinuating the move was a feeble attempt to snag a hit single.

“Away with it,” the person wrote. “Thou shall not ever be that desperate for chart success that you basically slap all of your 8-15 year old fans and their moms in the face for allowing their daughters to listen.

“Hip Hop is the only genre in modern times that normalizes sexual assault and physical abuse against women. It’s fucking sad.”

On Tuesday (July 24), the fake Banks continued the tirade.

“Too much for me,” she wrote. “I’m deleting my barb card membership. She is officially over. Pedophilia is absolutely gross and evil. Anyone who supports that shit is a lunatic.”

Banks, however, did make some statements of her own alluding to Minaj’s work with 6ix9ine. Two of those were repeated on the fake Banks Twitter account.

In 2015, 6ix9ine pleaded guilty to the use of a child in a sexual performance. Consequently, some Twitter users are genuinely confused by Minaj’s recent alignment with the “GUMMO” rap phenom and questioning her decision.

I love Nicki, but I'm really disappointed that she did a song with 6ix9ine. Given his history (he plead guilty to engaging in sexual acts with a 13 y/o) and the fact that he CONSTANTLY uses the n-word, I would've hoped that she would've thought twice before working with him #FEFE

What the hell is wrong with Nicki Minaj? Tekashi 6ix9ine is a paedophile and used a 13 year old in a sexual scene. WHY are you collaborating with him? Sies.

The real Banks had her sights set on Black Barbie earlier this month. In a since-deleted post from earlier this month, the Harlem-bred rapper accused Minaj of biting the aquatic theme used for Banks’ 2012 Fantasea album for Barbie’s new “Bed” video featuring Ariana Grande.

“Stay in your own lane. @nickiminaj,” she wrote. “lol you running out of ideas girl.”

6ix9ine was recently confirmed as a supporting act on Minaj and Future’s upcoming NICKIHNDRXX Tour.