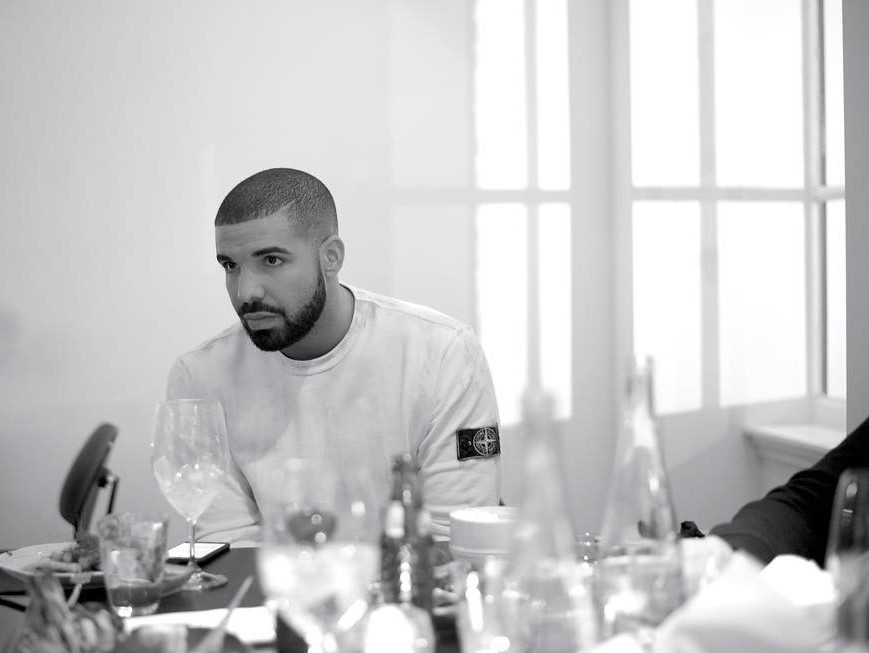 Drake and University of Kentucky basketball coach John Calipari have been friends since the Canadian superstar was 20 years old and obviously have a close relationship. The two took some time to catch up for the Hall of Fame coach’s Cal Cast podcast recently, where they discussed everything from the 30-year-old’s fears to announcing news of him hosting the first NBA Awards ceremony.

Surely someone who refers to themselves as a “God” would be fearless right? Wrong. Drizzy opened up about what he fears the most, which is more than likely why he is one of the more successful Hip Hop artists of our generation, whether you respect him or not.

This is how Mr. Graham stays on top:

“At the end of the day, it’s all about the time you’re willing to put in. And my biggest fear is always when I’m not doing it, there’s someone else that’s doing it,” he explains. “That’s my biggest fear in life. When I’m not doing it. When I take a night off for my personal life. When I choose to decompress or relax, not in the back of my mind, in the front of my mind, my biggest fear is if somebody’s not relaxing right now and they’re going to stumble upon something. When you get in the studio you have these moments that ultimately propel your career, you have to ask yourself how many of those did I miss by not going in on this given night or that given night. Because creating music is sometimes all about timing. It’s all about me texting this producer at this certain time. It is truly stars aligning, music is. And it’s scary to think of all the opportunities you miss because you didn’t sit in there. You know? So I try to not let myself have that fear.”

The approach seems to be working for him. The Grammy Award-winning artist’s VIEWS sold more than 4 million equivalent album units and performed with a vengeance all last year as he toured across the country with his What A Time To Be Alive partner Future for their Summer Sixteen Tour. It was the highest-selling album of 2016 in the U.S.

Drake has yet to take a break and now we know why.

One person Drake has always had aspirations of collaborating musically with is Sade Adu, a major influencer of his distinguished OVO vibe.

Despite buying him a present for his 30th birthday, when it came to collabing with the Nigerian songstress things didn’t go the way he expected. He was hoping to appear on Sade’s remix to 2010’s “The Moon and the Sky” produced by Drizzy’s go-to producer Noah “40” Shebib but the part went to Jay Z instead.

“I was this closing to being on it,” Drake reveals. “But my star wasn’t there yet for her to hear me out.”

In 2009, the OVO boss was trying to get Sade to lend her ethereal vocals to his Platinum-selling Thank Me Later album, to no avail.

Drake is no stranger to hosting award shows and he did such a memorable job when he hosted the ESPYs in 2014, with skits featuring Blake Griffin and former nemesis Chris Brown in the popular and hilarious “Drake vs. Griffin” skit. Now he’s taking his MC talents to the NBA.

“I’m actually producing and hosting the first annual NBA Awards this year,” he reveals. “Yeah, I pray you [John Calipari] can come, it’s only right. I get to take the reins on it – the ESPYs let me do great things, and I thank them a lot for that — usually awards shows are a bit restricted, but they let me do a lot at the ESPYs. [At the NBA Awards] we’ll just expand on that concept. I love hosting. I love being in a room full of iconic legendary people that I look up to, and having that pressure to make them laugh, and enjoy their evening, so hopefully that’ll go well.”

4. He Wants His Own Late Night Show

“I’m going to really start to position myself in the acting world and, hopefully, take some great roles,” Drake disclosed before discussing his dream of hosting a Johnny Carson-style late night talk show.

“My end goal, crazy enough is Johnny Carson and the appeal of that sexy late-night TV that’s funny,” he continues. “I hope to get there one day where I put on amazing suits every night. Just put on Tom Ford every night, sit with a glass of wine and laugh with people that I’ve spent years with, in the business or friends of mine, and give people something to watch every night that makes them feel good and laugh.”

5. Why He’s Releasing “More Life” As A Playlist

An important part of Hip Hop is innovation and Drake wants to be part of that with the release of More Life. It’s not a mixtape and it’s not a studio album, it’s a playlist in collaboration with Apple Music that he refers to as “a body of work that [he’s] creating to bridge the gap between [his] major releases.” The goal is to give something for fans to listen to in between projects and keep them excited.

Drake producer Ninteen85 spoke to Billboard recently and shared a similar sentiment when explaining why More Life is a playlist.

“That’s why he’s trying to call it a playlist because he has a bunch of people in a space, hanging out he’s so aware of what everybody else is doing musically that he likes to introduce new music and new artists to the rest of the world,” he said.

More Life was rumored for a 2016 release but has now been rescheduled for sometime in 2017.

As far back as 2014, Drake has been spotted on the court hooping with the University of Kentucky basketball team and has rallied behind them through every single game.

Many accused Drake of being a bandwagon Kentucky fan because, how can a guy from Canada go so hard for a college basketball team that he appears to have no affiliation with?

Coach Cal set the record straight in the beginning of the podcast and revealed that he and Drizzy have been friends since the Canadian rapper was 20 and that he played the role of mentor for the budding star, so naturally he’d play for the Wildcats.