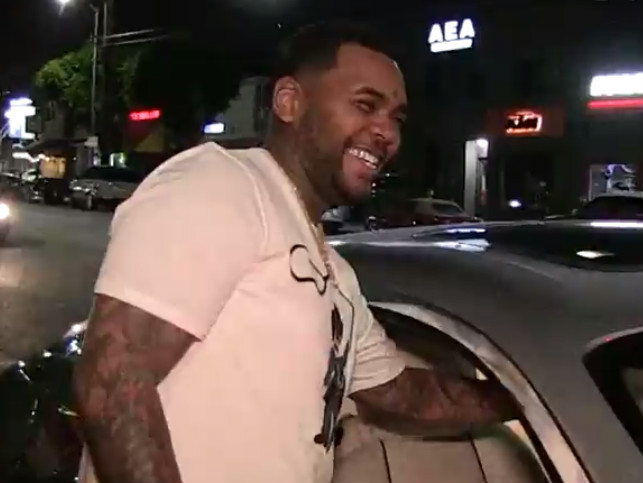 Louisiana has been devastated by floods for the past month. Thousands have lost their homes and at least 13 people lost their lives.

TMZ caught up with Kevin Gates, who reps the state’s capital of Baton Rouge, and asked him what his advice would be for President Barack Obama to handle the floods.

“He shoulda got an ark,” he laughs, referring to the biblical story of Noah and the flood, before jumping into a Rolls-Royce.

The current flood has been compared to the religious narrative where Noah builds an ark that protects his family and a pair of each living creature from the great water, including by a local lawyer whose letter blasting media coverage of the events went viral.

Boosie Badazz, whose squad Gates’ team had a squabble with earlier this year, actually did his part to help the situation by bringing care packages to those in need.

Gates’ words have had us scratching our heads before, as he recently gave an incredibly awkward interview prior to Hot 107.9’s annual Birthday Bash. But he keeps pumping out the music and the fans keep buying it as his Islah album and Murder for Hire 2 mixtape have both placed high on Billboard’s Top 200 albums chart.

Watch Kevin Gates’ advice for how President Barack Obama should have handled the Louisiana floods below.