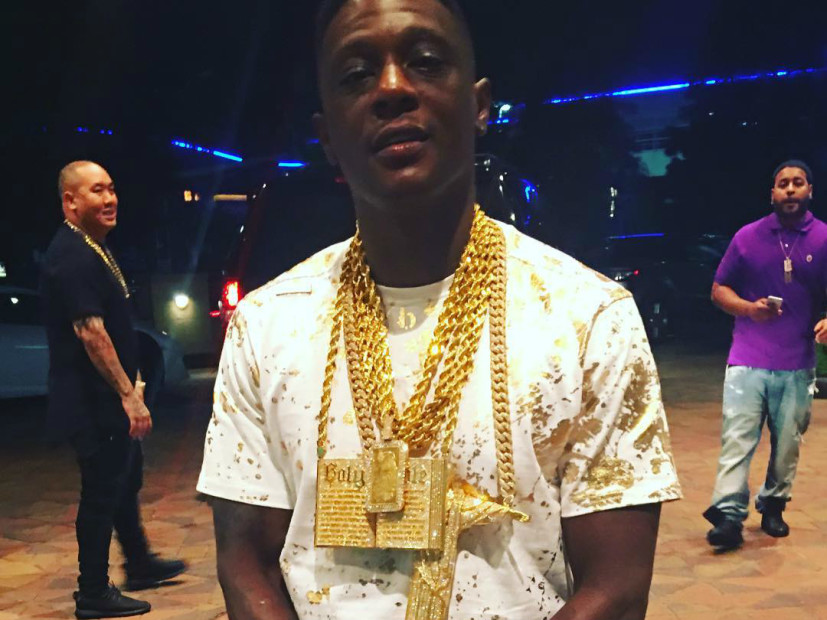 Doing good in the world, Boosie Badazz helped victims of the Baton Rouge flood over the weekend by donating to people in need.

The street legend shared on Instagram that he brought care packages to the people, 20,000 strong. The gifts held socks, underwear, bottled water and a hygiene kit for his fellow Baton Rouge residents.

Thousands of people have been displaced by the floods and 13 have lost their lives. Many have decried the media’s coverage, or lack thereof, of the events.

The Louisiana capital has had its fair share of hardships this summer as Alton Sterling, a resident of the area, was shot and killed by police in July. Later, three law enforcement officers were killed in the city in a shooting.

Boosie Badazz has been vocal throughout and after the officers were killed, he suggested a tie between Sterling’s death and whoever pulled the trigger on the police.

The rapper can serve as a beacon of hope himself as he survived a bout with cancer last year and declared he was free from the illness in December.

Check out his IG about donating to the Baton Rouge flood victims below.

Me and @therealtq had to load the last truck solo! Just Doing what I can to help my people effected by the #brflood2016 #louisianaproud #minorsetbackforamajorcomeback 20,000 socks n underwear for men, women n children/ bottle waters n hygiene kits available also ?